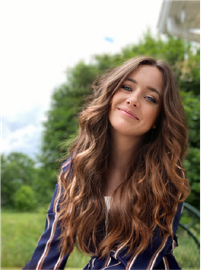 Gretchyn M. Bailey, NCLC, FAAO: Hi, everybody. I'm Gretchyn Bailey. I am editor in chief of Optometry Times® magazine, and I am joined by our chief optometric editor, Ben Casella. Hi, Ben, thanks for talking with us today.

Bailey: Well, here we are. We just got the news today that the American Optometric Association the (AOA) has pulled the plug on its annual meeting, Optometry's Meeting, which was scheduled to take place in late June in Washington, DC. And this comes on the heels of Vision Expo East being rolled into Vision Expo West, we hope, Association of Research in Vision and Ophthalmology (ARVO) being cancelled, which was scheduled to take place in about a month, in Baltimore, and a bunch of other smaller meetings in between specific industry or vendor meetings, plus smaller state or regional meetings. And that is just within eye care, let alone everything else, sport seasons. So the AOA, I think, is particularly disappointing to the profession, because it is the year 2020. We were having the meeting in Washington, DC, where we were going to have some events on Capitol Hill. I mean, this is the year that optometry has been waiting for, and it is turning out to be a giant bust.

Casella: So far. Yes. The AOA canceling, well, at least the in-person portion of their meeting. It looks like they are going to maintain some online and virtual platforms, which I think is great, and I think they are going to do a great job.

Casella: But the first thing that I thought of when you said how crummy it has been for optometry and 2020, now that we are all just sort of having to hunker down and do our part—and everyone, please do so—has been: my mind turned to multifocal contact lens fits.

Casella: And let me show you what I am talking about. And I borrowed this from my father, who I believe borrowed it from his father. I believe he borrowed it from his father, we can't ask him right now. But um, we don't talk about it in terms of 2020, we talk about it in terms of 20/happy. There are all types of 2020s out there, and I'm sure other doctors have heard that same term. You can have a really fuzzy 2020 where, "This is not quite as clear as it needs to be," or you can have a really sharp 2020 where, "I could probably catch a couple on the 2010 line." And this has been a 20/unhappy 2020 thus far, if I can make the callous metaphor. Certainly, none of us foresaw this. If you did, kudos to you. But I am going to really miss everybody at AOA. I have my nuclear family, and I have my optometry family. And there are a lot of people that I just really enjoy seeing and, frankly, shaking their hands and giving them a hug.

Bailey: Well, I am wondering what the meeting landscape will look like for the second half of the year because I know that there was already talk of, perhaps, if people continue social distancing, continuing to not go beyond what they really need to do that we will start to open things up a bit soon. And I think Dr. Fauci, Anthony Fauci, who has been a great spokesperson through all of this as such, perhaps summer vacations, maybe on the horizon. So, I am wondering, what does that mean for Vision Expo West and American Academy of Optometry's annual meeting? I am wondering if those meetings are now going to be a lot bigger than they were in the past simply because we have had other meetings cancelled, but it would be great if we could salvage the second half of 2020 for optometry.

Casella: Are we going to feel, you know, on the first day that that CDC says that it is OK to see quote unquote, routine patients so we can have another Zoom about that at some point. You know, I don't want to let 50 people in my door that day. Are people going to just want to hunker down and see a steady flow of patients for the rest of the year? Are people going to feel leery about traveling? Are people going to have the resources to expand a business trip? it? There is just a lot of aspects to it. But I am cautiously, I don't know if I'm optimistic, but I'm hopeful that we will all be able to see each other in person at some point and salvage the rest of this year of optometry.

Bailey: Well, that is a great note to end on, a hopeful note. I absolutely agree. And thanks, so much for talking to me about this and we will talk soon.