3 things I learned about narcotics

Recently, I crafted a continuing education course on narcotic prescribing and drug diversion. I learned more during the process of creating this course than I have in many courses and articles I have authored.

Throughout all the staggering epidemiological factoids and conceptual analysis on the part of the U.S. government and other research, I completed this course preparation with three overlying themes which I feel compelled to share with you.

1. The opioid crisis is absolutely a crisis. It’s an epidemic. The number has gone down modestly in recent years, but, five years ago, over 250,000,000 prescriptions were written for opioids in the U.S. according to the Centers for Disease Control and Prevention.1 That’s almost enough prescriptions for every U.S. citizen to have his own bottle.

The CDC also cited that, in the first decade of this century, the number of prescriptions written had gone up fourfold while reports of pain had remained relatively stagnant.

Further, more people are dying of opioid-related overdose. This is in part due to the rising prevalence of fentanyl, a synthetic opioid sometimes added to heroin (with or without the user’s knowledge).

2. The road to and from addiction is just that: a road. It’s a journey. An otherwise “unremarkable” person doesn’t commonly go out one day and say, “I want to start using heroin.” That’s just not how it works. About three out of every four heroin users report using prescription opioids prior to using heroin.2 That is an alarming statistic that highlights to me the importance of early intervention.

3. A prima facie pushback from an eye doctor may be that eye pain is typically acute and not chronic (acute pain typically not needing more than three days’ worth of opioid-induced analgesia). That is true, and it is the chronic use of opioids which is the more typical culprit of begetting addiction and abuse.

However, ODs must be equipped with the knowledge and training necessary to detect abuse and intervene. We are positioned on the frontlines of health care, and our job is not to sit by and judge-it is to help. 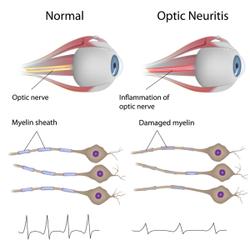 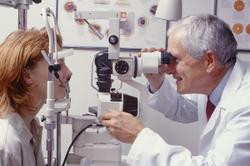