“If you catch these folks early and educate them that you're going to fix this, these patients won't be as frustrated,” Dr. Johnston says. To that end, he suggested working with surgeons who include enhancement costs in their pricing. "At our clinic in Atlanta, if a patient has a verging cornea and we end up missing-which occurs about 10 percent of the time-we include the cost of LASIK or PRK for free. That's a good selling point-patients know LASIK, so they are very comfortable with that. We tell patients up front, we're going to be able to fix this if we miss."

Match your patient with the optimal IOL

2. Proactively treat ocular surface disease. “The cataract patient is a dry eye patient,” for several reasons including patient age, the leading risk factor, says Dr. Johnston. “So if you're seeing these patients in your clinic, you may want to bring them back for an ocular surface exam. Code and bill that. Treat them proactively and hopefully get better outcomes” from cataract surgery. A poor ocular surface will affect presurgical measurements and planning, he explained.

3. Preoperative counseling.Set realistic expectations. “Surgeons are busy. A lot of this falls on you as the optometrist to educate patients” about factors such as financial and psychological requirements. In the latter area, "A type-A, extreme perfectionist may not be a good candidate for multifocals based on some glare and halos at night. The technology is great, but for that extreme type-A patient, you may not want to recommend a multifocal IOL.” Many patients may struggle with neuroadaptation initially, he added, "But eventually most people do well."

4. Properly screen candidates. This regard, he half-jokingly suggested avoiding extremely demanding patients such as those with more than three cats, rings, or divorces.

5. Pick the right IOL. With an expanding array of IOLs available, the optimal choice depends on the clinical situation and patient desires, says Dr. Johnston. For example, he says that toric lenses are a slam dunk for virtually everyone with astigmatism. Conversely, he says that accommodating IOLs tend to work well at long and intermediate distances; don't overpromise elsewhere. 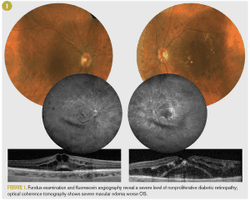