Conditions may be imperfect, but ODs must still always manage

Because a pearl is round, it functions as a curved mirror that reflects light. The radiant luster and glow emanate not just from the surface of the gemstone but from the layers of crystals, ranging from translucent to transparent, lying just below the surface.

A clinical pearl, a phrase, or maxim which captures an essential and perennial medical truth, also shines. You can count on a good one to feel warm and familiar through the years, as much a touchstone as it is a gem.

A good one also offers a new look, some angle or nuance of a disease or condition you have never seen before, every time you pick it up and examine it again. Clinical pearls, like natural ones, have many layers.

“You cannot always diagnose, but you must always manage”

I don’t remember the first time Lyman Norden, OD, a man of many layers himself, gifted me with that shiny pearl of wisdom.

It may have been during my fourth-year externship in the Birmingham, Alabama, Veterans Affairs optometry clinic where he served as chief. Perhaps he repeated it a few years later after he hired me to start and run the outpatient eye clinic in Huntsville during one of many occasions we chowed down on fat, overflowing gyros at Makarios Kabobs and Grill in Southside Birmingham, on one of my work trips to the main medical center.

I thought of that pearl of great price again as I sat on the back pew of Our Lady of the Valley Catholic Church in June 2021 trying to work up the courage to join a funeral visitation receiving line and meet Dr. Norden’s grieving family.

This was an unexpected and unpleasant development during a time when I was starting the process of retiring from my position with the Department of Veterans Affairs which I had held for nearly 30 years. I had thought maybe Lyman could attend my retirement party just as I had attended his. A Southern-style funeral reception, complete with open casket, was not the ceremony I had hoped for.

More by Dr. Brown: One patient connects 2 students who have never met

“You cannot always diagnose, but you must always manage”

We know this intuitively as doctors, but we seldom stop to reflect on the truism and its encapsulation of our collective experience. Despite how large the reservoir of knowledge, skills, and experience we manage to fill over the course of our careers, we will always, and regularly, be surprised by the unexpected.

We long for precise classification and nomination, but we are often reduced to terms of description: dark, white, red, elevated, swollen.

We make lists of differential diagnoses, and we rank them. We try to discern, as best we can, “what to sweat, and what not to sweat.”

There are patterns and commonalities among the tens of thousands of decision points, but ultimately each patient is a unique individual with the inalienable right to present with his or her own perplexing riddle, or to complicate matters even further, have more than one disease at the same time.

There is one constant: we must always manage

There must be an orderly plan and at least a temporary disposition for the person in our exam chair that makes good clinical sense. Always.

If we treat, we try to devise a plan that can cover as many of our highest ranked items on our differential diagnoses list as possible and revise it as necessary as new evidence emerges at follow-up.

If we decide to follow and monitor (the tincture of time not only heals but also reveals), we select a follow-up interval that we hope is sound and evidence-based but also seasoned and strengthened with strands of our own clinical intuition.

If we decide to refer, we select the consultant, ophthalmic or otherwise, most likely to guide the patient toward a favorable outcome. Sometimes we receive their reports and they read, “an area of alternating dark and white, perhaps a little red, with some possible elevation, maybe edema.”

Thanks a lot, we think. Please tell us something we did not already know.

More by Dr. Brown: OD dad and pathologist son: Getting it done

Fifty years is a long time, long enough for some optometrists to forget and for others to have never known in the first place that it was not always a given that optometrists could, or would ever be able to, diagnose at all.

Fifty years ago, the VA Optometry Service was in its embryonic stage but rapidly developing and ready to be born. In 1972, VA Central Office, with cooperation of the administration at the Birmingham VA hospital and the visionary work of Henry Peters, OD, FAAO, inaugural dean at the University of Alabama at Birmingham (UAB) School of Optometry, formally approved and funded the first program for training optometry students at a VA facility.

In 1973, the position for a full-time VA optometry service director was established by federal law, and in September 1974, Kenneth Myers, PhD, OD, was named to fill that post. Among Dr. Myers’ top priorities was recruiting new staff optometrists to develop student and residency programs within the VA.

Key to this effort was yet another new law in 1976 placing optometrists administratively in the Title 38 personnel system which was used to recruit physicians, dentists, and nurses. Now optometrists, too, could enter the system and work their way up the ranks, making a VA career a viable option.1

Dr. Myers found many of those early recruits among recently discharged military ODs. While duty stations can differ profoundly, many of these 1970s “young guns” had been given freer rein to learn and practice to the fullest extent of their training and then some. They enlarged their comfort zones under the tutelage of “old hands,” some of them career, field-grade officer ophthalmologists with no vested interest in keeping ODs “down on the farm,” and others in the enlisted ranks, including medics and corpsmen, who had themselves been given standing orders to do “whatever it takes” to keep the line moving and complete the mission at hand.

One of these ODs once told me a story that he watched the hands of an older military ophthalmologist, well past his prime and smelling of a morning nip of alcohol, shake as he struggled with removing a corneal foreign body.

A concerned corpsman looking on said, “Please, sir, allow me to finish this one up.”

The OD watched in astonishment as the corpsman delicately and expertly lifted the corneal body and rust ring from the patient’s cornea. “Do you think you could teach me that?” he asked.

“Of course,” the corpsman replied.

More by Dr. Brown: ODs must swim in ‘deep end of the pool’ and avoid over referring

The sky’s the limit

Not surprisingly, those early VA ODs saw no limits to what they could learn to diagnose and treat. They had experienced the rush of rising to new levels of competence and seen the faces of their relieved and satisfied patients. There was no going back.

Not all optometrists felt that way. Even Dean Henry Peters, progressive force of nature he was, had his blind spots.

Despite realizing the importance of integrating optometry within medical centers and the mainstream health care system, perhaps Dr. Peters heard just enough echoes of his generation’s shibboleths (“Detect and refer, then focus on optometry’s strengths;” “A lens is not a pill!”) to keep him skeptical of optometrists ever being able to diagnose, much less treat, on par with their ophthalmologist peers.

As a result, several spirited conversations ensued between him and two early Birmingham-based VA doctors, Robert Newcomb, OD, MPH, FAAO, and John Potter, OD, MA. They believed the sky was the limit for what optometrists could learn, especially with access to the patient populations with the levels of systemic and ocular disease that could serve as the training cases for the next generation.

Bob and John knew that ultimately Dr. Peters would be convinced more by data than passionate argument. In a 2-part research study, Drs. Newcomb and Potter published results in the Journal of the American Optometric Association in 1979 and 1981 demonstrating the high degree of accuracy of optometry diagnoses and appropriate management of Birmingham VA optometry patients.2,3

Few people still involved in the profession remember those two seminal publications, but perhaps there are professors out there teaching first-year optometry students the history of the profession who ought to assign them as reading because they are important reminders and milestones of how far optometry has come.

More by Dr. Brown: How I learned to stop worrying and love tech refractions

Dr. Norden was still a junior UAB faculty member when that research was done, but he must have watched optometry’s new frontier taking shape and realized that VA optometry was a gateway to the profession’s future.

He joined the VA, first serving as chief in Tacoma, Washington, but he returned to Birmingham and remained as chief there for over 30 years until his retirement in 2013. Simultaneously, he rose to the rank of lieutenant colonel in the Alabama Air National Guard and endeared himself to many others outside optometry who saw his superb leadership skills grow and develop and appreciated his humble, servant leadership style.

During his time as VA chief in Birmingham, he fostered and grew top-notch optometry student and residency training programs whose graduates have spread throughout the profession passing on their mentor’s skills and knowledge. He was quiet and unassuming, but “still waters run deep” and pearls of great price have many layers.

He fought many pitched battles against militant, anti-optometry ophthalmologists who were determined to run roughshod over a man devoid of bombast whom they mistook for meek. They were willing to go to any lengths to make his life miserable and see his efforts fail.

What they did not realize was that Lyman was all about the long game. They played short bursts of loud, brutish checkers while he played a contemplative and patient game of 3D chess. As a result, he almost always won. Later in his career, OD-MD relations in his VA hospital had improved dramatically.

I never mastered the game as well as Lyman, but he did teach a few moves, some of which, when executed at just the right moments, helped me stay the course, just like him.

Lyman was a cherished professional mentor who took a chance on a young and somewhat brash kid like me who saw no ceilings to what he could learn and do. He gave me just enough support to not fall flat, talked me off some ledges, and extended enough leash for me to make and learn from my mistakes and leave my own mark on the clinic I started and grew.

I rose from the pew, went back to the men’s room, and had myself a good cry. I returned and stepped into line.

I filed past his flag-draped casket and regarded Lyman, resting at a dignified angle of repose, a pearl of a man whose luster will never fade. I spoke with his family and told them how my life and career would not have been the same without his abiding guidance and influence. I told them some funny stories about the two of us which made them laugh and lifted their spirits.

For every pearl there is a corollary: “You cannot always have the ceremony you hope for, but you must always manage.”

I managed because I made my stand with other VA optometrists who grew from “young guns” into “old hands” and always did “whatever it takes” to keep the line moving and complete the mission at hand.

More by Dr. Brown: Too many cooks in the kitchen spoil the broth 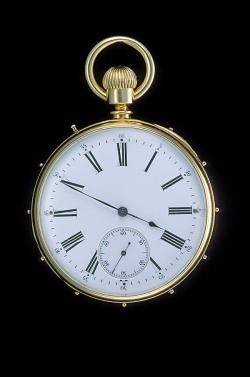