Are your patient’s eyes healthy enough for LASIK surgery?

Before recommending laser vision correction for your patient, there are a number of factors you as an eyecare practitioner must consider.

Before recommending laser vision correction for your patient, there are a number of factors you as an eyecare practitioner must consider. In a previous issue (“Is your patient healthy enough for LASIK surgery?” Optometry Times, February 2014), we discussed how your patient’s systemic health can affect the safety and efficacy of refractive surgery.

Keratoconus is a progressive thinning disorder of the cornea that results in irregular astigmatism causing impairment of visual function. Corneal refractive surgery is associated with an increased risk of progressive ectasia and loss of vision.1

The FDA classification of keratoconus as an absolute contraindication to laser vision correction is currently being questioned by many surgeons. Outside of the U.S., it has become more common to utilize photorefractive keratectomy combined with corneal collagen cross-linking to improve vision and stabilize the cornea of patients with keratoconus.6

Reports of reactivation of herpes simplex and herpes zoster virus after excimer refractive surgery can be found in the literature.7,8 Recent evidence suggests that LASIK is safe in patients with a history of ocular herpes that has been inactive for more than one year.9 Perioperative use of systemic antiviral prophylaxis is recommended to reduce the risk of virus reactivation.

Both LASIK and PRK are known to increase dryness symptoms after surgery. Possible mechanisms include loss of neurotrophic effect, damage of goblet cells, and altered corneal shape. Despite the fact that most dryness symptoms are usually temporary and resolve in the first six to 12 months after surgery, significant preoperative dry eye signs and symptoms should be resolved prior to corneal refractive surgery to reduce the risk of patient’s dissatisfaction.10

In addition to these contraindications, several other precautions are recommended when screening your patients for corneal refractive surgery (see Table 2). Overall, most surgeons agree that any patient with active eye disease should not be a considered candidate for an elective refractive procedure due to increased risk of sight-threatening complications and poor visual outcomes.

The transient significant rise in intraocular pressure (IOP) with femtosecond and mechanical microkeratome used in LASIK surgery may not be safe for patients with glaucomatous visual field loss or optic nerve compromise. Corneal scars and prior corneal surgery can reduce the safety, efficacy, and predictability of corneal refractive surgery.

Patients with thin corneas may be at increased risk of corneal destabilization due to LASIK flap creation and excimer ablation. Many surgeons use a cutoff of 480-500 µm for LASIK and 460-480 µm for PRK when screening patients for surgery. Evidence shows that LASIK and PRK in patients with thin corneas (less than 500 µm) is safe and predicable providing no other risk factors such as abnormal topography exist.11

Most experts agree that modern excimer lasers and ablation patterns have eliminated the majority night vision disturbances including glare, halo, and starbursts. In a recent study of 10,944 eyes of 5,563 myopic patients treated with wavefront-guided LASIK, low-light pupil diameter was not predictive of surgery satisfaction, ability to perform activities or visual symptoms at one-month postoperatively.12

Having a thorough understanding of your patient’s ocular health is necessary to determine if your patient is a good candidate for refractive surgery. 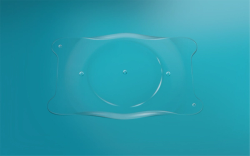 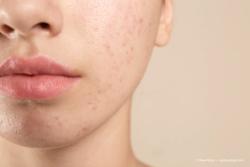