When moderate or severe, blepharoptosis can negatively impact patients’ quality of life, resulting in poor visual function and exacerbation of headaches and depression. Korean scientists took a deep drive into the disorder to determine its prevalence in and the characteristics of Korean adults with blepharoptosis and the appropriate age threshold for recommending blepharoptosis evaluation. A key finding was the strong association between older age and obesity and the prevalence of blepharoptosis. They published their findings in BMC Ophthalmology.1

In addition to changes in appearance, psychological distress has been recognized relatively recently as being associated with blepharoptosis, with patients having higher levels of anxiety, depression, and concerns regarding their appearance compared with general population.2 Following ptosis surgical repair, patients reported significantly increased visual function.3 Based on these findings, senior author Sungeun Kim, MD, from the Department of Ophthalmology and Visual Science, Seoul St. Mary’s Hospital, College of Medicine, Catholic University of Korea, and colleagues cautioned physicians to recognize appearance-related distress and compromised psychological well-being among their patients with blepharoptosis.

The investigators analyzed data on 17,878 eligible patients (15,178 without blepharoptosis and 2,160 with blepharoptosis) extracted from the Korean National Health and Nutrition Examination Survey. The primary goals were to determine the blepharoptosis prevalence based on age, the cutoff age for recommending blepharoptosis evaluation, and possible associations between blepharoptosis and body mass index (BMI) and waist circumference. 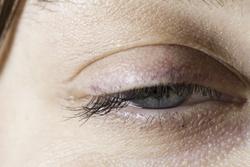 Another face of orbital lymphoma 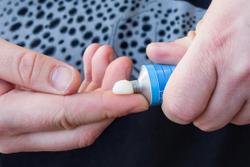