Blog: How I managed a day of ER referrals 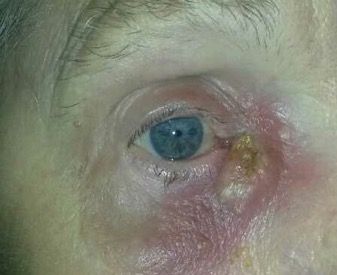 Several times each month when my ophthalmology colleague fulfills call duties, I see patients referred by a nearby hospital. I genuinely like this aspect of my job-although at times, it can be stressful.

Previously by Dr. Swartz: Blog: How presbyopic patients can determine their dominant eye

Patient 1
A 21-year-old male was referred to our office by the local emergency room (ER). He had been seen at 10 p.m. the previous day by the ER attending physician after being sent home from work by his employer for extremely red eyes. He presented to my office at 8:15 a.m. What he lacked, unfortunately, was insurance and his wallet.  He had no identification, no money, and no credit cards.

A previous employer ground into my brain that patients without ID are not seen. Period. If you cannot prove who you are, I cannot send medication or bill you for services.

My immediate reaction was to instruct my front desk employee to ask where his wallet was located. It was 30 minutes away, and the man had walked to this appointment. I am not one to refuse a patient and make him walk 60 minutes, twice.

The other side of the story is that as a courtesy, we do not charge self-pay patients referred by the ER for the initial visit as a courtesy. To my knowledge, all doctors serving our local hospital do this.

Knowing I was not going to charge him, the lack of identification problem seemed less important. We took a headshot, printed it, and placed it in the chart to prove his identity.

I instructed my technician to perform a full work-up for a comprehensive exam on the patient. I was nervous that if I missed something, that might become more of a concern than his forgotten wallet.

Also by Dr. Swartz: Blog: Dive into the widening landscape of refractive surgery

Patients 2,3
Then I saw two patients who were also referred by the hospital. One was a 67-year-old female complaining of a large floater in her left eye. She suffered from untreated Fuch’s’ dystrophy and had bullae in both eyes with severe superficial keratopathy.  She was pseudophakic in the right eye but had a Grade 4 cataract in the left.

Let’s be clear: I saw her anterior segment. I was not able to see the posterior segment because her corneas prohibited my view. I asked her who her eye doctor was, and she responded that she was a patient at a nearby university eye center.

I thinned my lips as my brain screamed, “Excuse me, what,” and tried in vain to see her posterior segment OS.

In my limited view, it looked foggy and more than a little red. I explained that I needed to send her to a retinal specialist for help to image the back of her eye to determine why she was seeing her floater. She preferred to drive two hours to return to her hometown, but I pushed for her to see our retinal group. I referred her out, but that was all I could do for her. I gave her my card.

Related: When to send your hypertensive patient to the ER

The second patient had an infection that reportedly had been there for at least a year. I thought that happened only on Facebook, but there he was in my waiting room.

The ER clinical notes said the patient reported the infection had gotten significantly more painful the night before, so he went to the emergency room. The ER attending had talked to my colleague, who instructed the ER attending to prescribe 875 mg of augmentin (amoxicillin, SmithKline Beecham) twice a day for 10 days and ofloxacin (Ocuflox, Allergen) igt four times a day in the right eye.

The patient had left the hospital, gone to the pharmacy, and gone home to bed. He had not taken the prescribed medication because he could not afford the cost ($127). He had severe dacrocystitis and social-media-post-severe cellulitis (See photo).

The patient’s right eye, cheek, and nose were infected. I attempted to push on the puncta to check for discharge, but the guy came out of the chair and nearly leveled me. We talked to our local oculoplastic surgeon and got him an appointment three days later. We found a pharmacy that would dispense Bactrim DS (sulfamethoxazole / trimethoprim, Caraco Pharmaceutical Laboratories) at no cost. I gave him my card, feeling less deflated than with the previous patient but certainly not useful.

Back to Patient 1
After a few postoperative cataract and pressure checks, I found myself holding the chart of Mr. No Wallet. My 21-year-old, extremely red-eyed lad was 20/15 in each eye. He had severe conjunctival injection in both eyes, clear corneas, and IOPs of 37 mm Hg OD, 35 mm Hg OS.

I asked him if anyone else in his family had glaucoma, and he reported that his father and two uncles had glaucoma. One of his uncles was blind from glaucoma, but Mr. No Wallet had never had an eye exam.

Given that he was 20/15, I am not sure when he would have actually ventured to an eye doctor’s office. I am fairly certain it would have been years from now-after he had lost considerable vision from undiagnosed glaucoma.

I sat down for an extensive discussion of his medications, ocular hypertension, and glaucoma. I talked about his need for follow-up visits, insurance, payments, and proper identification. I started with generic brimonidine (Alphagan P, Allergan) in the hopes that his eye would be white and IOP would be reduced with the purchase of only one bottle of drops, wishing I had a sample bottle.

I told him three times that over-the-counter brimonidine and what I was prescribing are not the same thing-no matter what anyone says-and he should thank his employer for saving his vision.

Had he not been sent home from work, he would not have known about the increased IOP until it was too late to repair that damage. He was a lucky guy.  I gave him may card, inflated, hoping to see him again.

It was a good day.