Spanish investigators recently reported the case of a 42-year-old man with monkeypox presenting with conjunctivitis.

The patient’s symptoms included lacrimation, pain, and photophobia of the left eye for 6 days, and facial maculopapular lesions developed on his face and foot on the fifth day after symptom onset. The patient had a fever and painful cervical adenopathy and was HIV positive.

Although the patient had not traveled recently or had contact with monkeypox cases, his boyfriend worked in a sex club and also had a fever.

Dermatologic evaluation of the skin resulted in a clinical diagnosis with high suspicion for monkeypox. Polymerase chain reaction testing of the conjunctiva and skin was positive for monkeypox and negative for herpes viruses.

The authors pointed out that conjunctivitis has been reported in 23% of monkeypox cases, but generally the male patients are younger than 10 years and have other symptoms in contrast to the current patient who was 42 years and did not have systemic signs or symptoms.

“The presence of conjunctival inflammation could occur more often in immunocompromised individuals given that the patient was HIV positive, or it could be due to the contiguous spread of the periocular skin lesions,” the investigators said.

The investigators concluded, “A case of monkeypox in a patient with HIV with conjunctivitis is documented. Conjunctivitis associated with monkeypox might present before skin lesions and may be a way of transmitting the disease.” 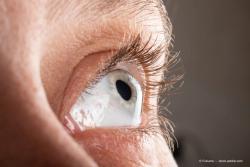 AAOpt 2022: The importance of perioperative management in corneal crosslinking
Advertisement