A comparison of one-step peroxide systems

It is important that we use our influence during the exam to recommend lens care products that will positively influence their wearing experience. Peroxide systems have long been credited with superior cleaning capabilities, leading to better overall patient satisfaction.

The challenges surrounding contact lenses and lens care have been longstanding. Lately, our attention has been drawn toward the astonishing number of patients who drop out of contact lens wear each year. The consistent challenge is that these patients typically do not complain during their exam, yet they end up dropping out due to discomfort. Unfortunately, we may not find out until years down the road, when they return to renew their glasses prescription.

In light of this, it is important that we use our influence during the exam to recommend lens care products that will positively influence their wearing experience. Peroxide systems have long been credited with superior cleaning capabilities, leading to better overall patient satisfaction.

H2O2: What's behind the bubble?

Brand loyalty is another challenge with established wearers, but according to a 2013 survey, Alcon Clear Care users were more loyal than those using any other lens care brand.1 Clinically, it is certainly rare to have a peroxide user return to a multi-purpose solution. Another major challenge in lens care is compliance, but one report from Kathy Dumbleton showed that 100 percent of peroxide users (Clear Care) were compliant with overall lens care practices, while only 37 percent of multi-purpose solution users were compliant.2

Peroxide users buy nearly two times more solution throughout the year, substantiating this vast difference in compliance.3 Presumably, patients would be similarly compliant with other one-step peroxide systems, partly, because we, as eye care providers, spend more time educating patients on compliance when a peroxide system is recommended. We inherently know the value of a peroxide system, but now with new systems on the market, what are the differences and similarities among them?

Though hydrogen peroxide breaks down into simple water and oxygen, it is a powerful disinfectant with oxidizing capabilities. Hydrogen peroxide is lipid soluble. It enters the cell easily and delivers rapid destruction via hydroxyl free-radicals.4-6 While biofilms are a growing concern, research has shown that peroxide is more effective against these encapsulated microorganisms than multi-purpose solutions.7 Hydrogen peroxide (3%) continues to have a broad spectrum of antimicrobial activity with a quick kill time and limited resistance.

Bausch + Lomb PeroxiClear uses carbamide as a platinum-modulating compound (PMC). A PMC occupies sites on the platinum disc, temporarily blocking it from interacting with and neutralizing the peroxide for approximately 60 minutes. Data shows this technology to expose microbes to higher levels of peroxide, despite the shorter neutralization time. Ultimately though, the microbes are typically destroyed within the first few minutes, and the overall kill rate (of the microbes tested) is virtually the same between both PeroxiClear and Clear Care.8

It’s difficult to talk about peroxide disinfection or contact lens comfort without discussing neutralization and the amount of residual peroxide that remains after neutralization. The platinum coating on the disc is responsible for effectively neutralizing the peroxide. Solution formulation and soak time are also factors.

Two reference points to be aware of: pure saline has 60 parts per million (ppm) peroxide,9 and ocular comfort can be negatively affected with 100 ppm10 or less, in some cases. As peroxide is cycled through the case with a patient’s lenses, the platinum disc becomes less effective at reducing the peroxide levels, due to build up of oils from the lenses and degradation of the disc. Because of the potential for increased discomfort, every case is approved for a maximum number of uses.

Why peroxide is still a good choice for lens care

The Clear Care case is approved for 100 uses, and the PeroxiClear case is approved for 35 uses. For this reason, if a patient buys a twin pack of Clear Care, he receives only one case, while a twin pack of PeroxiClear comes with two cases. The peroxide in Clear Care is neutralized to 5-60 ppm, even at 100 cycles, both with and without lenses (all measurements taken after six hours of neutralization).11,12 The residual peroxide after four hours of neutralization of PeroxiClear is 65 ppm on cycle one without lenses.8 Bausch + Lomb does not currently have published data on residual peroxide amounts in vivo or after multiple cycles with the PeroxiClear case.

Realizing that residual peroxide increases as the case is used, it is important to understand any variance in its effect on the cornea as well as patient comfort. Some researchers show cell toxicity in the presence of peroxide neutralized to as little as 30 ppm and discomfort noticeable at variable ranges, as low as 30 ppm.13,14

However, the Paugh data seems to be referenced most frequently as the established threshold, showing patient discomfort to be noticeable at 100 ppm.10 Of interest, Janoff performed a small study documenting that 10 percent of the subjects noticed a difference in comfort when exposed to a solution of 60 ppm residual peroxide, 40 percent at 100 ppm, and 85 percent at 200 ppm.15 What most all researchers agree on is that less residual peroxide is better for both cell vitality and patient comfort.

Ultimately, patient comfort, as it relates to a peroxide system, is multifaceted though. It is determined by the level of residual peroxide, performance of the surfactants, elimination of build up, and the proper balance of pH and tonicity. PeroxiClear incorporates “Triple-Moist Technology” with poloxamer 181, propylene glycol, and carbamide.

These three agents work together to attract and bind water and prevent dehydration. Recent data shows that despite surfactants for both products being decreased by more than 50 percent within the first 90 minutes of wear, PeroxiClear surfactants are retained on the lens surface at higher levels for longer.8

While this certainly seems beneficial to improve comfort and offset higher residual peroxide levels, we also need to be somewhat aware of solution sensitivities. One of the biggest motivators for doctors to recommend a peroxide-based system is patient sensitivity to preservatives and solution additives.

Another factor that contributes to patient comfort is the ability of a solution to adequately remove contaminants as well as protein and lipid deposition. Clear Care incorporates Pluronic 17R4 as a surfactant that reduces surface tension and thereby aids in the removal of proteins, lipids, and debris.16

It also doubles as a wetting agent for the lens, while PeroxiClears’s wetting surfactant, poloxamer 181, doubles to remove deposits. The lifting action of the bubbles in both Clear Care and PeroxiClear enhance deposit removal.

Tonicity and pH also play an important role in patient comfort. Both Clear Care and PeroxiClear use additives, such as phosphates and chlorides, to ensure proper balance. Without this, the epithelial cells would shrink or swell in attempt to create equilibrium. In fact, moisture being pulled from the epithelial cells due to hypertonicity is what contributes to the burn when a patient accidentally applies a peroxide-based solution into the eye.

Though we have already discussed the differences in the platinum disc and the number of approved uses, there are a few other variations between the cases. PeroxiClear has incorporated three case modifications that might be notable to the consumer. While the Clear Care lid seems to balance adequately, PeroxiClear features a truly flat surface on the lid, allowing it to sit securely on a tabletop. It also has color-coded right and left baskets for ease of identification and an independent hinging system, allowing both baskets to be open simultaneously.

Peroxide systems may seem simple on the surface, but there are significant variations in formulations, surfactants, case designs, and residual peroxide levels. Specific data is not readily accessible for store-brand peroxides, but a lot can be learned from the case. With only a quick glance and feel, it is easy to assume that the case is made of much cheaper materials.

The platinum disc sits in the bottom of the case, as opposed to being attached to the lid, which potentially allows for more build-up and degradation of the disc over time. This leads to increased residual peroxide and decreased patient comfort.

Because the disc is already sitting in the case, it also allows for premature neutralization (and lost disinfection strength) of the peroxide when a patient fills the case before removing his lenses and inserting them into the basket. In efforts to produce a cheaper product, one might also question the quality of the starting peroxide.

Peroxide systems are incredibly effective at disinfecting and cleaning the lens. This often leads to a more comfortable wearing experience for the patient, especially in those with allergies or sensitivities. Peroxide patients tend to be more brand-loyal and more compliant with the recommended cleaning regimen.

When considering a peroxide-based system, understand what differentiates the products and make a recommendation for a specific brand, followed by patient education on instructions for use and compliance.'' 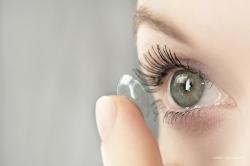 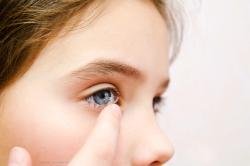