Contact lenses can be a positive option for some kids

Pediatric eye care has been gaining momentum during the past 5 years as the public, educators, and state legislatures have embraced the value of eye care for children for enhanced quality of life.

One recent study indicates that perhaps contact lenses (CLs) may be a good choice for a wider range of children.

The Adolescent and Child Health Initiative to Encourage Vision Empowerment (ACHIEVE) study was initiated at five optometric colleges to compare vision-related quality-of-life benefits for children and teenagers from spectacles versus CLs.

It is estimated that up to 25% of school age children have undetected, treatable vision problems that can interfere with learning. The American Optometric Association Clinical Care Guidelines recommend that the first eye health and vision assessment should be offered by age 3. State legislation in Arkansas, Kentucky, Illinois, Missouri, Nebraska, New Jersey, North Carolina, and Rhode Island requires vision assessments before children enter kindergarten.

Increased awareness is encouraging more parents to bring their children into the offices of optometrists for eye care. When the examination indicates a corrective treatment would benefit the child, doctors most frequently write a spectacle prescription.

Occasionally, the option of contact lens fitting may be discussed. Generally, this conversation is initiated when the parent brings it up and most often if the child is junior high age or older. This is the age that children typically are more involved with school sports activities, and also when doctors and parents feel the child may be developing an increased sense of responsibility.

A total of 484 children were included; 237 were assigned spectacle correction and 247 were chosen to wear soft spherical contact lenses for the duration of the 3-year study.

Of the children selected to wear CLs, 93.3% agreed to wear them. They were fitted with either 1-day disposable or 2-week replacement lenses. Children chosen to wear spectacles were allowed to decide on their own eyewear, allowing for personal preference in styles, and were able to choose new eyewear once per year.

The children had vision correction of –1 to –6 D and less than 1 D of astigmatism. Refractive error, corneal curvatures, and axial lengths were measured throughout the study.

Participants were asked to complete a Pediatric Refractive Error Profile (PREP) at their initial visit, their 1-month visit, and at each 6-month visit for the 3 years. The initial PREP was developed for spectacle wearers. Following that visit, the PREP varied from spectacle to contact lenses. The two surveys were identical except that in the CL version the words "contact lenses" were used in place of "glasses."

It also should be noted that at the conclusion of the study, nine in 10 children (90.7%) of those selected to wear contact lenses during the study were still wearing CLs.

The study additionally monitored the amount of myopic progression of the children throughout the 3-year time frame. Myopia affects approximately 15% of children in the United States. Myopia generally develops at age 8 and increases progressively through age 16.

One reason doctors have been hesitant about fitting children with contact lenses is the theory that CLs will increase the rate of myopia progression in the young eye. The ACHIEVE study concluded that this theory is a myth.

Enhancements in learning clearly are very important. The added advantage of improving the child's overall satisfaction and self-confidence through pronounced satisfaction with appearance and activities that can be delivered by contact lenses makes being a kid easier. 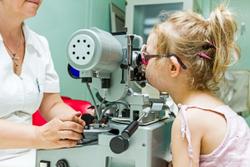 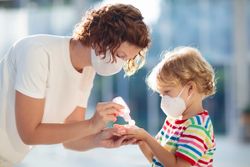