Demand for optometry projected to grow 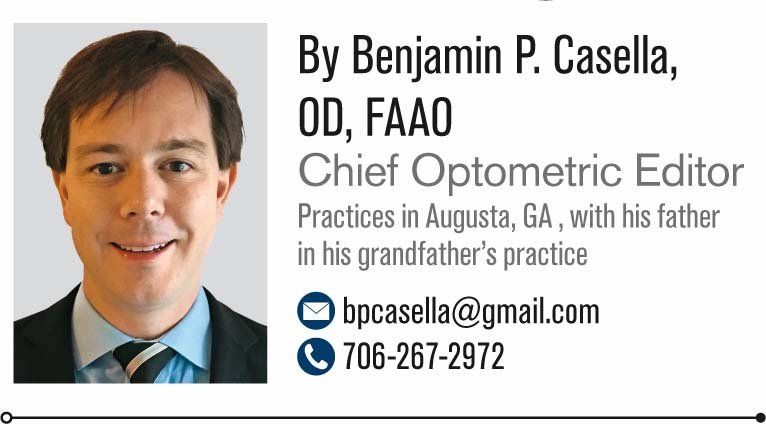 When I was in college, a friend of mine once halfheartedly scoffed at the notion that I wanted to go to optometry school. He claimed that optometry would be obsolete in the near future with advancements in technology leading to a decrease in the demand for primary eye care by primary eyecare doctors.

Because that conversation took place about two decades ago, I decided to check in with the Bureau of Labor and Statistics1 as a means to check the pulse of the profession.

As it turns out, the demand for doctors of optometry is expected to grow by 18 percent over the next decade or so. For perspective, the number for all “health diagnosing and treating practitioners” is 16 percent, with the projected change in employment for all occupations combined to be 7 percent over that same time period.

There is a two-fold reason for our relative optimistic job security outlook:
• Aging population
• Aging practitioners

Previously from Dr. Casella: How the public perceives optometry

On one side is the fact that more older doctors of optometry will be retiring over the next decade or so, and that will open up employment opportunities for younger ones to come in and assume care of their patients. On the other side is the fact that the patient population is also aging,2 and the need for eye care will grow along with the age of the average patient.

An expected growth in demand of 7,200 doctors of optometry over the next decade or so should come as a welcome piece of knowledge to the optometry student and student hopeful, and our schools and colleges of optometry have yet another reason to keep our profession as competitive and selective as it is. Our patients deserve nothing less.

As for my friend, I’m happy to say that after all these years he is a successful practicing doctor of optometry.