Check out our most-read glaucoma stories of 2014.

Our most-read glaucoma story from 2014 came from Optometry Times Editorial Advisory Board member Danica Marrelli, OD, FAAO, for her story on spotting visual field damage as the first clinical signs of glaucoma. While this story was written several years ago, Dr. Marrelli’s advice still remains clinically relevant to practitioners today.

“The amount of data printed on a standard visual field printout can seem overwhelming to the busy practitioner, but a systematic way of interpreting the test will make things quicker and easier,” Dr. Marrelli writes.

Dr. Marrelli, through both written and spoken word, has such an approachable and user-friendly way of presenting the science of glaucoma, says Optometry Times Editorial Advisory Board member Ben Casella, OD. “Her stepwise approach to visual field interpretation for the busy clinician reads like a common-sense flowchart that we can all adopt on the run because we all know how it is to feel too darn busy to stop and practice optometry. This was truly a great article.”

Optometry Times readers were certainly interested in visual field loss this year. Our second most-read glaucoma story for the year is from our coverage of a presentation given by Sherry Bass, OD, FAAO, on etiologies with visual field defects that can masquerade as glaucoma.

“Accurate determination of the cause of visual field loss requires considering the bigger picture,” says Dr. Bass. “Even if the patient has elevated intraocular pressure or other suggestive finding, a thorough history of other diseases, combined with clinical examination of the fundus and optic nerve and use of structural imaging technology will aid in determining if there are other etiologies that could be causing 'glaucomatous' field loss.”

“While the story may be older, it does give always useful clinical information on diagnosing the causes of visual field loss,” says Optometry Times Chief Optometric Editor Ernie Bowling, OD, FAAO, NAP.

Dr. Bass also wrote one of our most popular retina stories of the year on genetic testing for age-related macular degeneration.

3. Bono says glaucoma is the reason for his trademark shades.

After decades in the spotlight, U2’s frontman Bono revealed that the reason he wears sunglasses all the time is because he was diagnosed with glaucoma. Optometry Times Editorial Advisory Board member Ben Casella, OD, FAAO, weighed in on the Irish rocker’s diagnosis shortly after he shared his diagnosis on The Graham Norton Show earlier this fall, assuring his fans that he was undergoing treatment for the disease and would be fine.

“The type of glaucoma from which Bono suffers was not readily apparent,” writes Dr. Casella. “Anyone from anywhere can develop any type glaucoma, but persons of northern European ancestry are more likely than others to develop pseudoexfoliation syndrome, which can lead to a relatively more aggressive form of glaucoma.”

“Any time a celebrity reveals a medical problem, it brings new focus on the condition, and there is no bigger star than Bono,” says Optometry Times Chief Optometric Editor Ernie Bowling, OD, FAAO, NAP. “He chose to reveal something very personal to the public which has resulted in new attention to glaucoma diagnosis and treatment.”

Our fourth most popular glaucoma story of the year also comes from Dr. Casella.

“We have all learned that a big optic disc can have a big cup and still contain the 1 million or so ganglion cells it should,” he writes. “On the other hand, we also know that a small optic disc can have a relatively small cup and be glaucomatous. Those are the ones that scare me because it’s easy to write down 0.3x0.3 and move on.”

Dr. Ben Casella is a great example of our new tagline: Practical Chairside Advice, says Optometry Times Content Channel Director and Editor in Chief Gretchyn M. Bailey, NCLC, FAAO. “Dr. Casella’s glaucoma departments usually begin with a brief case history, then a helpful yet easy to digest discussion of what’s going on. His short pieces provide you with information you can use with your very next patient-really the overarching goal of Optometry Times. He’s a must-read!”

Check out the story here.

This story came from our coverage of a special session featuring Harry Quigley, MD, of the Wilmer Eye Institute at Johns Hopkins at SECO’s 2014 meeting. During the session, Dr. Quigley shared some of his advice for treating glaucoma patients.

“The single most important thing I could tell you is that glaucoma is not a disease of elevated eye pressure; it is a disease in which the eye pressure is a very important factor in the patient’s care,” says Dr. Quigley.

When Dr. Quigley speaks about glaucoma, it’s always a good idea to stop and listen, says Optometry Times Editorial Advisory Board member Ben Casella, OD. “His lecture was densely populated with tangible, useful information that could be put to use first thing Monday morning after SECO. I found the fact that 50 percent of open-angle glaucoma cases go undiagnosed both intriguing and disconcerting. I look for that number to go up in the near future as the population continues to age as a whole.” 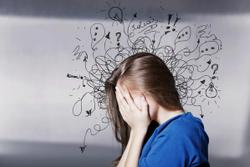