How to manage the angle closure spectrum

Results from the EAGLE and ZAP clinical trials provide answers to lingering questions. 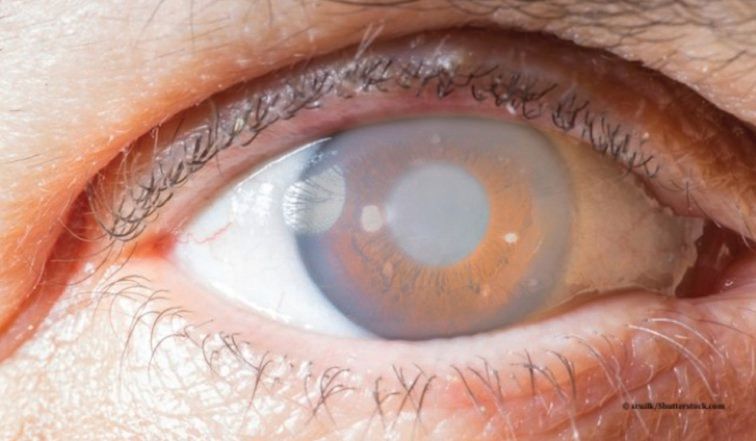 Gonioscopy remains an important diagnostic procedure in classifying patients on the angle closure spectrum. Patients who develop acute angle closure crisis should be treated immediately to lower IOP, followed by a prompt LPI. Study results have shed light on how to manage angle closures.

Glaucoma is a neurodegenerative disease characterized by optic nerve damage causing progressive and permanent vision loss.1 It is estimated to affect 76 million people worldwide, increasing to 112 million by the year 2040.2 Primary-angle closure glaucoma (PACG) accounts for 25 percent of all glaucoma globally, but is responsible for nearly half of all glaucoma-related blindness.3

The angle closure spectrum includes three stages (Table 1). Primary-angle closure suspect (PACS) is defined as having at least 180° of iridotrabecular contact (ITC) with an intraocular pressure (IOP) below 21 mm Hg and no peripheral anterior synechiae (PAS). Primary angle closure (PAC) has the same amount of iridotrabecular contact with an IOP above 21 mm Hg or the presence of PAS. PACG exists when the criteria for PAC is met and there is evidence of glaucomatous optic neuropathy.4

Women carry three times the risk of men in developing PACG due to anatomical differences such as smaller anterior chamber depth and axial length in women.10 A longer life span in women also contributes to the risk.3

Over three-quarters of those affected with PACG worldwide live in Asia, including 3.1 million people blind in at least one eye due to PACG living in China.11 Prevalence studies conducted on different Asian-American populations show higher rates of the angle closure spectrum compared to non-Hispanic whites.12-14

Despite the disproportionate number of Asians diagnosed as being on the angle closure spectrum, a study of over 2 million managed-care patients in the United States found a 1.35 percent prevalence of PACG in Caucasians over the age of 40.14

Gonioscopy remains the most important diagnostic test in assessing angle structure and correctly classifying the angle closure spectrum. While imaging technologies such as ultrasound biomicroscopy and optical coherence tomography are less subjective and have the ability to quantify angle parameters, only indentation gonioscopy using a four-mirror lens can differentiate between PAS and appositional closure.

Related: Look at more than the optic nerve head in glaucoma patients

Angle closure occurs when aqueous outflow is blocked by appositional or synechial contact of the iris against the trabecular meshwork.

While multiple mechanisms for PAC exist, pupillary block is the most common cause.4 Pupillary block occurs when a pressure gradient between the anterior and posterior chambers exists, due to the blockage of aqueous flow as a result of iridolenticular contact at the pupil.4 This pressure differential causes the peripheral iris to bow forward, narrowing the peripheral angle.

Prolonged periods of iridotrabecular contact result in synechial formation and functional damage to the trabecular meshwork.17

Other etiologies of PAC include plateau iris configuration and phacomorphic mechanisms. In plateau iris configuration, the iris insertion and ciliary body position are abnormal, resulting in a narrowed peripheral angle.10 While the central anterior chamber depth may appear relatively normal, gonioscopy demonstrates a sharp iris insertion and “double hump sign.” In phacomorphic angle closure, properties of the lens result in peripheral angle narrowing.

The etiologies of secondary angle closure are numerous, but can be broadly categorized into mechanisms that pull the peripheral iris into the angle or that push it from behind. Common examples are anterior segment neovascularization and ciliary body masses.4

The exact approach depends on the stage of the disease, risk factors, and ocular comorbidities.

The treatment for symptomatic acute angle closure crisis (AACC) remains immediate IOP lowering medical therapy and placement of an LPI. Similarly, there has been a longstanding consensus on the need to treat non-acute high-pressured PAC and PACG, although the intervention has been a subject of debate.

The management strategy for PACS has also varied widely in the community. Recent clinical study results have helped to answer some of these lingering questions.

The results of the Early lens Extraction for the Treatment of Primary Angle-closure Glaucoma (EAGLE) trial showed improved outcomes with initial clear-lens extraction compared with initial LPI in the management of presbyopic PACG or non-acute PAC with high IOP.18

The benefits of clear lens extraction included higher quality-of-life scores, slightly lower IOP, and the reduced need for additional treatments.18 The EAGLE trial did not address PAC patients with low IOP who met the classification criteria based on the presence of PAS.

Although not addressed in the study, many in the community have used the results of the EAGLE trial as a rationale to use cataract surgery as the initial treatment option for patients with all forms of PAC and PACG who have visually significant lens opacity. For PAC and PACG in pre-presbyopes, LPI and medical therapy remain the preferred intervention. Laser iridoplasty may also be considered to avoid lens extraction while there is still functional accommodation.

Related: Be leery of large optic cups when screening for pediatric glaucoma

The Zhongshan Angle Closure Prevention (ZAP) trial compared LPI to observation in fellow eyes of bilateral PACS subjects recruited from a Chinese population. Outcome measures included IOP elevation, development of PAS, and occurrence of AACC. The placement of an LPI did reduce the risk of developing one of the outcome measures by approximately 50 percent over a six-year period.11

However, progression rates were extremely low in both groups (4.1 percent observation control versus 2.1 percent LPI) and AACC occurred in less than one percent of the observation cohort.11

These results have led to a belief that observation may be a reasonable management strategy in all but the highest risk PACS eyes. Examples of high-risk scenarios include a strong family history of PACG and acute angle closure fellow eyes.

The ZAP trial results also highlighted the need for continued monitoring of PACS patients after LPI because their risk of progression to PAC and PACG was reduced but not eliminated. In the ZAP trial, post-LPI eyes showed initial angle widening followed by narrowing after six months,19,20 and about 25 percent of LPI patients fail to show significant change to their peripheral angle structure.19-22