Innovations in cataract and refractive surgery 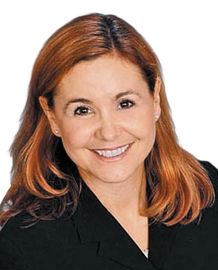 Tracy Schroeder Swartz currently practices at Madison Eye Care Center in Madison, Alabama. She serves as Education Chair for the Optometric Council for Refractive Technology, and consults for industry. She specializes in anterior segment disorders, and be

Cataract surgery involves a corneal incision as well as a paracentsis, removal of the cataract and implantation of the intraocular lens (IOL), while maintaining the pressure in the eye.  Incisions are often fewer than 3 mm because implants are engineered to be placed in smaller incisions.

Modern lens removal occurs using phacoemulsification (phaco), which incorporates ultrasound to emulsify and vacuum to extract a cataractous lens. The ultrasound hand piece is connected to a phaco system, which drives the procedure using settings as dictated by the surgeon. The phaco tip, or fragmentation needle, vibrates at an ultrasonic frequency and emulsifies a cataract when connected to the ultrasonic hand piece. The tip has a hole, which allows the fragmented lens as well as irrigation solution (BSS) to be aspirated.

Fluidics is the dynamic between the fluid entering the eye and the intraocular pressure (IOP) during cataract surgery. If pressure is maintained at a constant level, the anterior chamber is more stable. Variable control is important for successful outcomes, particularly for surgeons who desire greater control for femtosecond laser-assisted procedures (which require less power), and dense cataracts (requiring more power).1

A high and uninterrupted flow rate is ideal to draw segments out of the capsular bag while maintaining the tip in the iris plane. Venturi pumps create optimal fluidic conditions for segment removal in a stable anterior chamber. They generate much higher flow rates than peristaltic pumps and require lower vacuum levels than peristaltic systems.

Four platforms are now fully approved in the U.S. for corneal and lens incisions. These include Catalys (Optimedica), LenSx (Alcon Laboratories), LensAR (Lensar) and Victus (Technolas). Most systems create the capsulorhexis, fragment the lens to facilitate removal, and create corneal incisions (see Figure 1). Zeimer FEMTO LVD Z8 (Zeimer Group) received CE approval in Europe in May 2014 for clear corneal incisions, arcuate incisions, capsulotomy, and lens fragmentation, but applications are currently limited to corneal and presbyopia in the U.S.

Complications such as perforations have occurred.9 Use of femtosecond laser technology is reported to address quality of vision via “less posterior chamber lens (PCL) tilt, more centralized position of the PCL, possibly less endothelial damage, less macular edema, and less posterior capsule opacification (PCO) formation.”10 This may be due to the quality of the capsulotomy and reduced amount of internal aberrations following femtosecond-assisted procedures.11

Optiwave Refractive Analysis (ORA) system (WaveTec Vision) measures wavefront aberrometry intraoperatively. The system attaches to the surgical microscope for intraoperative measurements of sphere, cylinder, and axis to aid in IOL power choice in real time (see Figure 2). This is extremely helpful in those patients with a history of keratorefractive surgery, toric IOLs, and presbyopia-correcting IOLs.

Intraoperative aberrometry was studied intraoperatively for stability and reproducibility, and researchers found that measurements could be obtained 57 percent of the time.12 Measurements were most easily obtained in aphakia with viscoelastic, but the size of the range led investigators to suggest that the technology required refinement prior to being used for real-time decision making intraoperatively.

Systems currently in use in the U.S. are used in patient S/P refractive surgery in which IOL calculation is problematic. ORA reportedly improves outcomes significantly in these patients,13 although variability remains a concern in this population.14

Holos IntraOp from Clarity Medical Systems is another microscope-mounted aberrometer for real-time intraoperative determination of astigmatism, but it is not currently approved for use in the U.S.

Three-dimensional surgery can be performed using a system called TrueVision Computer-Guided System (TrueVision 3D Surgical) and since January 2015, the Cirle Surgical Navigation System (Cirle and distributed by Bausch + Lomb). The TruVision system utilizes a stereoscopic high-definition visualization system which displays the surgical field of view in real-time on a 3D flat-panel display in the operating room.

The system is currently being incorporated into surgical microscopes (Leica microsystems), Cassini topographer (i-Optics) and femtosecond laser systems (LENSAR). TrueVision enables the surgeon to sit straight up rather than hunched over the microscope while looking at a 3D monitor while wearing 3D lenses to perform stereoscopic surgery.

Supporters suggest this is advantageous ergonomically and reduces back problems for surgeons later in life. The video can be replayed and watched in 3D for teaching facilities.

In addition to real-time images and improved ergonomics, the systems can perform real-time displays to guide the surgeon in the OR in real time (see Figure 3). Using an image of the preoperative, undilated pupil, the TruVision system eliminates the need for manually marking the eye prior to surgery. The eye tracker and automated cyclotorsion registration aid in toric lens implantation. In addition, digital overlays can be displayed to facilitate capsulorhexis’s size and location, manual LRI arcs, optical zone size, axis, and length.15 An undilated image overlay also helps to locate the pupillary center to maximize the IOL’s centration, which is important with multifocal lenses.

Next: Advancements in toric correction

Angle kappa is the angle between the visual axis and center of the pupil. Those patients with a large angle kappa will not look through the IOL center and experience negative effects with presbyopia-correcting IOLs (see Figure 4).

Various toric calculators are utilized to determine the optimum IOL power, typically from the IOL manufacturer. Efforts to improve outcomes may also be addressed using computer programs developed for this purpose, including the AASORT program and the iTrace Zaldivar Toric Caliper. The AASORT program, developed by Noel Alpins, integrates the refractive astigmatism and corneal astigmatism in the calculation of toric power.

iTrace features an integrated IOL calculator that works with most toric IOLs. It also incorporates the induced astigmatism from the corneal incision (typically 0.50 D) and the corneal incision location to aid in toric IOL selection. The Zaldivar Toric Caliper tool can then be used in the OR after marking the eye and capturing an image.

Landmarks are used to direct IOL axis placement. While femtosecond lasers can currently perform limbal relaxing incisions, they do not recognize anatomical landmarks to account for the cyclotorsion that occurs when a patient lies down. Using pre-op images of the patient’s eye in an upright position and marking the desired landmarks position relative to the axis of the lens can aid positioning of the toric IOL.

Planning tools are also available to aid surgeons in the event of toric IOL rotation. The AASORT and iTrace programs both indicate if rotation of the IOL would be beneficial. John Berdahl, MD, and David Hardten, MD, also developed a computer program which uses the manifest refraction and magnitude and axis of the current IOL to determine if lens rotation is warranted.17

The advancements in techniques, guidance systems, and intraoperative measurements within the ophthalmology suite during cataract surgery are impressive, and hopefully, we will see an improvement in patient outcomes and increase in safety with these advancements. 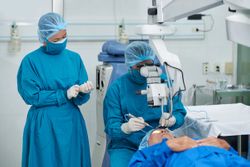 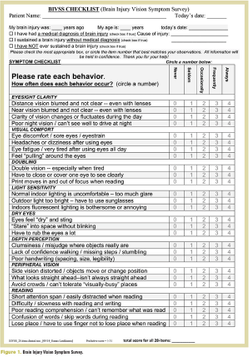 How to prevent infection after LASIK or PRK