Is it time to say bye bye to the blade?

The majority of anterior segment eye surgery has historically been performed using various types of metal or diamond blades. Many surgeons predict that very soon most, if not all, ocular surgery will be performed with lasers. Why is this transition occurring now? Lasers that cause thermal photodisruption, such as Argon and Nd:YAG, have established their benefit in most forms of retinal and glaucoma surgery. However, the most common ophthalmic procedures currently performed, cataract and refractive surgeries, until recently still used blades. The new kid on the block is the femtosecond (fs) laser. Having conquered LASIK surgery, the fs laser now sets its sights on the most popular ocular procedure-cataract surgery.

Femtosecond lasers depend on the effects of cavitation created by the rapid expansion and implosion of plasma, which results in the vaporization of surrounding tissue. The primary advantage of modern fs lasers revolves around the quick pulses that allow very low energy levels to create the plasma that excites the electrons to allow tissue vaporization while limiting the heat and surrounding shock waves that could lead to unwanted collateral damage. The extremely short pulse duration (10-15 seconds) and small pulse size (1-5 mµ) of fs lasers allow us to move away from photodisruption (Nd:YAG) and photoablation (excimer) toward level of precision of the photodisection process.

The first commercial application of fs lasers began in 2001 with the approval of the Intralase laser for LASIK flap creation. Over the past decade, five generations of improvements have resulted in lasers that can produce LASIK flaps at a level of safety and precision that far exceed the conventional bladed microkeratome. Table 1 lists some of the many advantages of fs LASIK flaps that have resulted in greater than 82% of the U.S. market share that continues to grow every year.1

Fs lasers provide a way to create Intacs intra-stromal corneal tunnels safely and more precisely than previous manual dissection with overall complication rates below 6%.14 While not all patients appreciate increases in UCVA, FAI may delay the need for corneal transplantation and in addition to corneal collagen cross-linking may stabilize the progressive changes associated with keratoconus.

Undoubtedly the most exciting new application of fs lasers is in the cataract surgery arena. The first generation of fs cataract surgery began with the approval of Alcon’s LenSx in August 2009. At least four fs lasers are currently approved in the U.S. for performing three significant parts of cataract surgery including corneal incisions, anterior capsulotomy, and lens fragmentation (see Table 2). The primary benefit of the fs laser portion of cataract surgery is to improve the safety profile by reducing or eliminating the use of phacoemulsification ultrasound energy often associated with many of the sight-threatening complications in modern cataract surgery.15 Other benefits may allow better UCVA after cataract surgery due to more precise IOL power selection because of less variable effective IOL position due to as a result of more precise anterior capsulotomy and incisional residual astigmatism correction compared with manual procedures.16

Future fs laser considerations in ophthalmic surgery include intra-stromal pockets for corneal inlays such as Kamra by Acufocus, and intra-stromal presbyopia correction such as Bausch + Lomb’s Supracor and Intracor procedures. Improvements in OCT structural imaging and patient interfaces will result in faster and safer procedures.

Femtosecond lasers have offered the ophthalmic surgeon an unparalleled level of precision, safety, and control over cataract and refractive surgery procedures. Femtosecond lasers have reinvigorated LASIK surgery, reinvented corneal transplantation, simplified corneal Intacs, and brought a level of precision to cataract surgery previously unimagined. Femtosecond lasers have reduced the learning curve of new surgical residents, thereby reducing the variability of surgical outcomes due to individual surgeon skill and performance. Future improvements in fs technology only promise to enhance our patients’ outcomes in most forms of cataract and refractive ophthalmic surgery.ODT 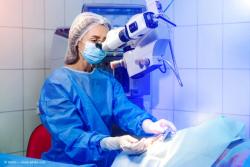 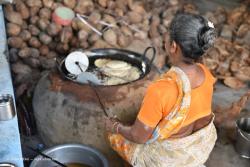 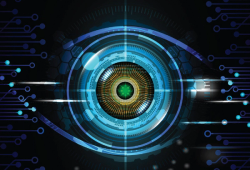