Macular degeneration A to Z 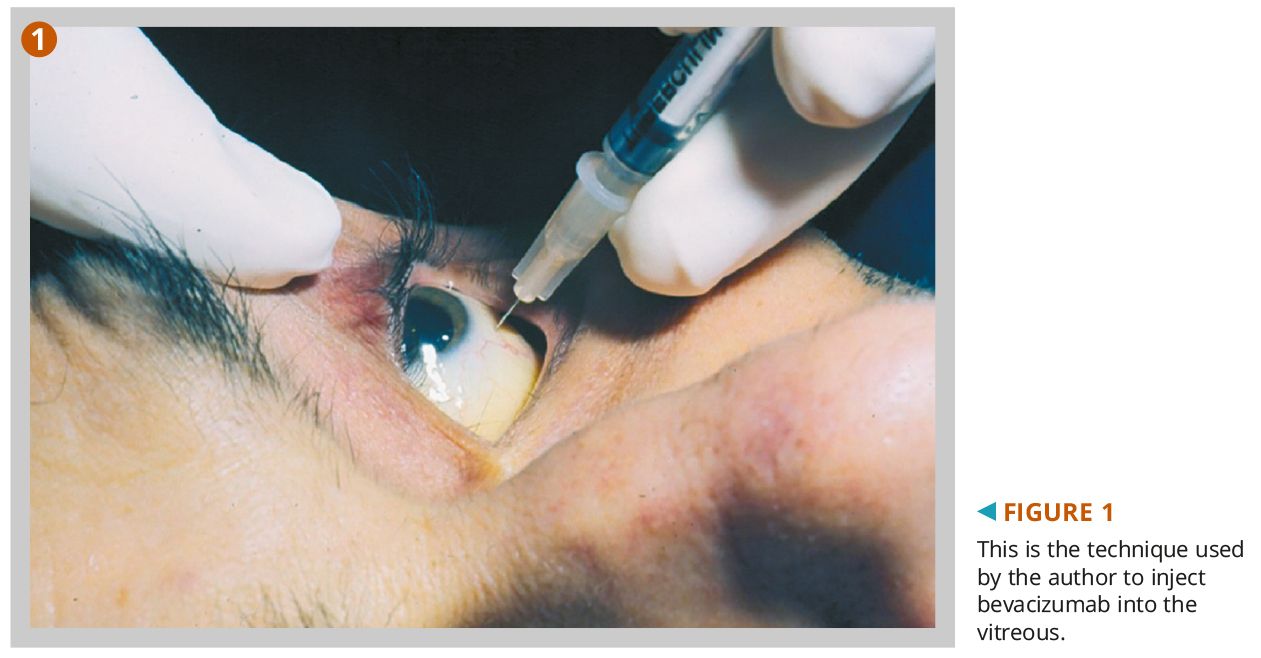 Age-related macular degeneration (AMD) is the leading cause of blindness in industrialized countries.1 This can be attributed to both the ageing of these populations and the high incidences of AMD in most racial and

Fortunately, during the past two decades significant advances in the diagnosis and treatment of AMD have occurred. Because many previously untreatable patients can now be helped, all eyecare professionals and their staffs should possess up-to-date knowledge about AMD.

This manuscript discusses many of the important AMD concepts in the same format-Macular Degeneration A to Z-that the author has used in several continuing education courses.

A is for Amsler grid
Advanced AMD means that the patient has developed geographic atrophy or exudative “wet” macular degeneration. Affected patients often notice a central or paracentral visual scotoma or metamorphopsia.

The central 10° of vision in each eye of patients at risk of vision loss should be tested each day with an Amsler grid card. Patients are instructed to report any “new” changes in vision, and these should lead to a dilated eye exam.

B is for bevacizumab
Bevacizumab (Avastin, Genentech) is a full-length antibody against vascular endothelial growth factor (VEGF).

C is for circulation
The choroidal neovascular membranes that are characteristic of wet or exudative AMD grow from the the choriocapillaris into the sub-retinal pigment epithelial or subretinal spaces.

Patients with AMD have thin choroids, indicating a compromized ocular circulation with hypoxia due to poor oxygen delivery to the outer retina.

D is for drusen
Drusen are yellow deposits composed of fatty acids and cholesterol situated between the retina pigment epithelium and Bruch’s membrane (Figure 2).

They induce inflammation and predispose the eye to the development of more advanced forms of AMD.

E is for epithelium
The retinal pigment epithelium (RPE) is a single layer of heavily pigmented cells that are situated between the photoreceptors and the choroid. The RPE forms the outer blood-retinal barrier, which limits the movement of proteins and fluid between the choriocapillaris and outer retina.

FA is one of the best ways to diagnose choroidal neovascularization (Figure 3), though its use has decreased recently because of the widespread use of optical coherence tomography (OCT) and OCT angiography (OCTA).

Despite numerous clinical trials, there is no effective treatment for GA.

Unfortunately, clinical studies targeting CFH mutations have not been able to slow down the progression of GA.

The telescope magnifies images by 2.2X, though it severely constricts the visual field. The ideal candidate for the telescope is someone with VA of approximately 20/200 OU due to AMD who has not yet undergone cataract surgery in one eye.

J is for Jaeger
Visual acuity loss is the most common measurable defect in patients with AMD. Distance VA is measured on a Snellen chart, while near VA can be measured by Snellen acuity or with the Jaeger system.

This system reports vision as a J number (for example, J3) in which J1 represents the near equivalent of 20/20.

For the commonly used anti-VEGF drugs, the order of the dissociation constants (from largest to smallest) is bevacizumab > ranibizumab > aflibercept (Eylea, Regeneron), meaning that aflibercept has the strongest binding affinity for VEGF.

L is for lutein
The retina contains the following three types of pigments: melanin in the RPE; hemoglobin in the red blood cells; and xanthophyll in the macula.

The most common xanthophyll pigment is lutein, which is believed to block blue light, prevent damage to the retina and RPE, and may delay the development of AMD.

Lutein is most plentiful in green leafy vegetables such as kale and spinach, and several lutein-containing vitamin supplements have been developed.

M is for maculopathy
The International Classification System of AMD characterizes patients as having drusen, age-related maculopathy, or macular degeneration.

O is for Omega-3 fatty acids
Omega-3-fatty acids are long-chain fats with antioxidant properties. They are commonly found in oils (such as flaxseed and canola) and fatty fish (such as salmon and mackerel). Omega-3s may protect against cardiovascular disease but the recently completed AREDS 2 trial did not find any benefit for patients with AMD.3

Photoreceptor dysfunction and damage is responsible for vision loss in AMD.

Q is for QLT Technologies
Photodynamic therapy (PDT), developed by QLT Technologies from Vancouver, was approved in 2000 for the treatment of predominantly classic choroidal neovascularization. The light-sensitizing dye (verteporfen [Visudyne], Bausch + Lomb) is infused intravenously over five minutes before laser therapy is administered (Figure 5).

Most patients with AMD are now treated with anti-VEGF injections, but PDT is still performed in patients with polypoidal choroidopathy, central serous chorioretinopathy, and choroidal hemangiomas.

R is for ranibizumab
Ranibizumab (Lucentis, Genentech) is a VEGF-binding antibody fragment that is injected into eyes with wet AMD.

It was approved for the treatment of AMD in 2006, with subsequent approvals for diabetic macular edema, diabetic retinopathy, myopic choroidal neovascularization, and macular edema due to retina vein occlusions.

T is for VEGF trap
The most recently approved drug for the treatment of neovascular AMD is aflibercept, which was previously called the VEGF trap. Aflibercept is a soluble VEGF receptor molecule that tightly binds extracellular VEGF.

It can be used as first-line therapy or as “rescue” therapy for eyes that respond poorly to the other drugs.

U is for ultraviolet light
Ultraviolet light (UV) is invisible, high-energy electromagnetic radiation with wavelengths shorter than violet light. Most UV light is absorbed by the cornea and lens, but some reaches the retina and may contribute to the development of AMD.

Related: Blue light: Why it matters

V is for VEGF
VEGF is a naturally occurring protein that promotes blood vessel growth and survival. VEGF is essential for tissue development and maintenance, but excessive VEFG leads to leaky blood vessels (edema) or new blood vessel formation (neovascularization).

Binding VEGF with intraocular drug injections is central to the treatment of neovascular AMD.

W is for wet macular degeneration
Wet AMD, also known as exudative or neovascular AMD, refers to the development of choroidal neovascularization in the setting of AMD (Figure 6).

Wet AMD is the leading cause of blindness in industrialized countries, though rates of vision loss have decreased significantly with the use of anti-VEGF drugs.4

The xenon photocoagulator was superseded first by the argon laser and more recently by solid state lasers.

Y is for years
AMD occurs in elderly individuals, though some people in their 40s may develop drusen and RPE changes. The prevalence of AMD increases with age-25 percent of people over the age of 80 years show some signs of AMD.5

Macular changes in patients under the age of 40 years, however, should suggest a different diagnosis such as Stargardt’s disease.6

Z is for zinc
Zinc acts as a cofactor or central component of several important enzymes in the outer retina and RPE.

Zinc is included in most ocular multivitamins, particularly those with the Age Related Eye Disease Study (AREDS) formulation.

Conclusion
This alphabetized list of terms touches on most of the important concepts in AMD pathophysiology, diagnosis, and treatment. Understanding these terms enables us to better care for and advise patients afflicted with this important condition.

However, as we continue to learn more about AMD and develop new drugs and technologies, new terms are likely to become important.