It has been estimated that by the year 2020, there will be an increase in the number of Americans living with glaucoma from 60 to 80 million. Given that women outnumber and outlive men, this will result in a vast number of patients who will require optometric care. 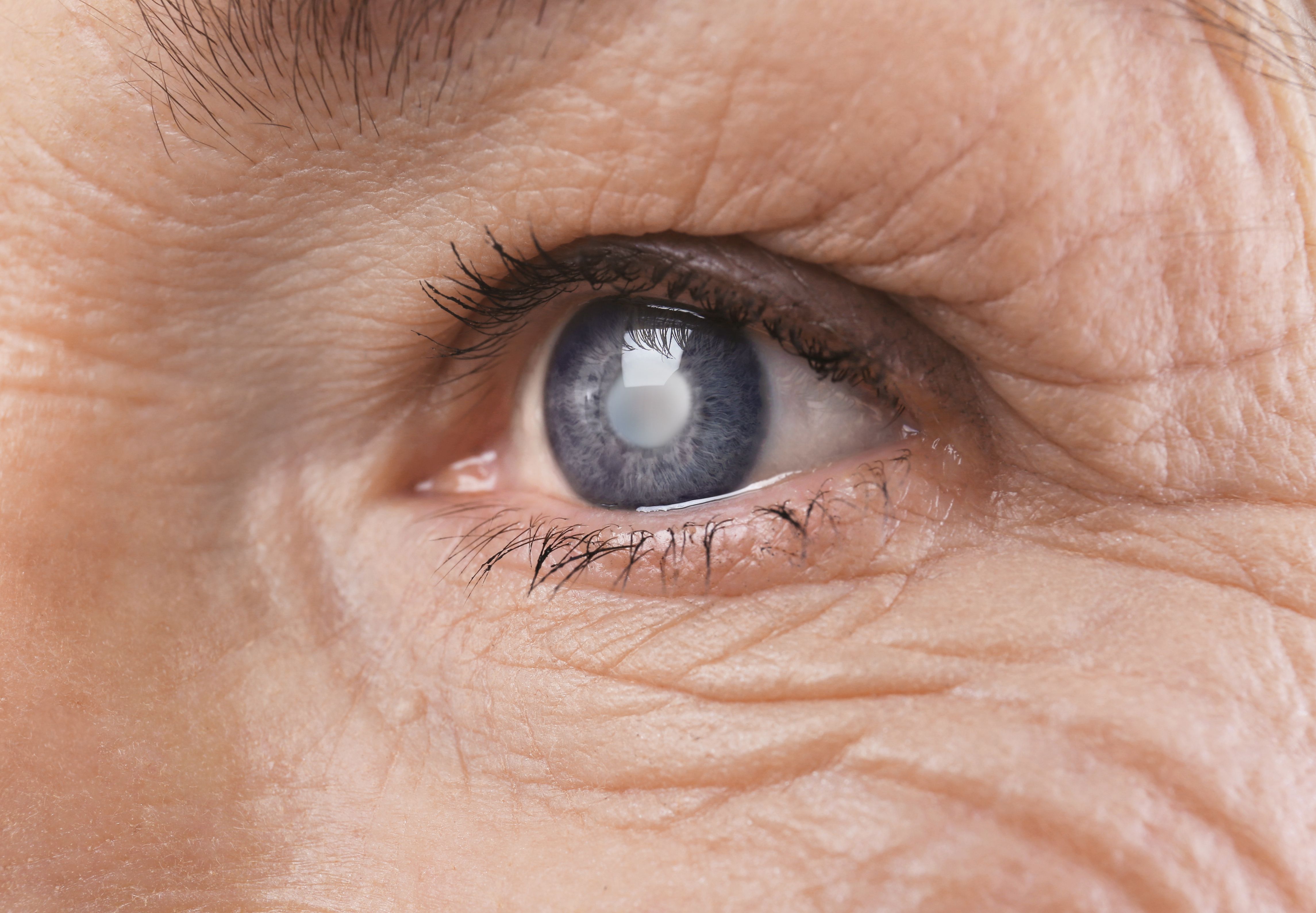 It has been estimated that by the year 2020, there will be an increase in the number of Americans living with glaucoma from 60 to 80 million. Given that women outnumber and outlive men, this will result in a vast number of patients who will require optometric care. As we review risk factors for this blinding disease, perhaps gender and hormonal factors should be factored in to the decision-making process.1

As glaucoma is a disease of the aged optic nerve, it makes sense that those who live longer will have an increased risk. With glaucoma being a disease of progression, it is more essential to diagnose and treat earlier, especially those who may have silent risk factors, such as exposure to endogenous estrogen.1

There have been a number of epidemiologic studies conducted to determine if there is a gender difference in the incidence of glaucoma. Due to variances in study designs and populations, there are no conclusive findings for primary open-angle glaucoma. The Baltimore and Beaver Dam Studies showed no difference, the Blue Mountain Study showed an increased incidence for women and the Framingham, Barbados, and Rotterdam Studies showed an increased incidence for men.2-5

When looking at the less common forms, women are more likely to be susceptible to narrow-angle glaucoma. There has been a long-standing theory that shorter axial length was the physical difference; however, new evidence from Wang using anterior segment tomography reveals that it may also be related to iris thickening and curvature variations.6,7 Many studies in the U.S. and Scandinavia agree that women are more at risk for pseudoexfoliation syndrome8 and less at risk for pigmentary dispersion glaucoma.2,8

However, because these forms can be more aggressive, so should their management.  Of greatest concern is low tension glaucoma because it is the most underdiagnosed form-yet according to the Collaborative Normal Tension Glaucoma Study (CNTGS), women have a higher risk. This is likely due to the multifactorial causes for glaucoma, such as vasospasm disorders that women develop which include low blood pressure, migraine headaches, and reduced circulation to hands and feet which may contribute to loss of blood flow to the optic nerve.8-10

Related: Pregnancy has surprising ocular ties, some rare, some all too common

It is imperative to look at the pregnant state both as a factor in glaucoma diagnosis and treatment. As women delay pregnancy to their late 30s and 40s and glaucoma has a known propensity to affect us as we age, the initial glaucoma diagnosis may occur during pregnancy. However, studies have shown that during the second trimester, normal patients have a 10 to 20 percent reduction in IOP. Ocular hypertensive patients have an even higher reduction, 25 percent during Weeks 24 to 30. There are several theories as to why this may occur. Perhaps hormonal changes increase uveo-scleral flow. We know that other ligaments soften as women prepare to deliver, and perhaps this mechanism applies to aqueous outflow.11,12

This finding offers the patient some protection during pregnancy and may be a safeguard to delay management. If it is decided that the patient needs to start or continue treatment, the potential teratogenic effects need to be considered. As most glaucoma treatment is topical, recall that 80 percent of the drop drains into the nasolacrimal duct and leads to systemic absorption. All steps should be taken to reduce this, such as punctual occlusion, wiping excess, and closing eyes for a few minutes after instillation.

The only true Category B glaucoma agent is brimonidine; however, many glaucoma specialists concur that the risk-benefit ratio would allow other medications, such as timolol, to be used during pregnancy. Many will discontinue a few weeks prior to delivery to reduce any potential effects to the baby. Topical carbonic anhydrase inhibitors may be indicated, but orals should be avoided. Theoretically, the prostaglandin category is contraindicated due to the potential to induce premature labor, yet these drugs are safe during lactation. Remember that all drops will end up in breast milk, so it is best to administer single daily-dose medications just before the longest sleep interval for the infant. If multiple doses are needed, recommend the patient breast feed immediately before instillation. Finally, many women suffer from severe dry eye, so the use of beta- blockers may be prohibited, making it more difficult to get adequate IOP control and needing more surgical intervention for the disease.13,14

Of concern is the patient at risk for acute angle closure because labor can precipitate an angle closure. A laser peripheral iridotomy (LPI) can be safely performed during pregnancy with topical anesthesia and an upright position during the procedure. For those who have a pre-existing condition of glaucoma prior to pregnancy, this may be a more severe form due to earlier age of onset. IOP is slightly elevated during natural childbirth, therefore a Cesarean section delivery should be discussed if control is questionable.13,14

The role of estrogen

Numerous studies have looked at the role of estrogen in the development of glaucoma.15-18 Estrogen has been known to offer neuroprotection, but even within the gender, the source of estrogen plays a role. In summary, women who have early menses and late onset of menopause will have longer exposure to endogenous estrogen, and this is shown to be protective against glaucoma.15-18

The results of the Rotterdam Study in the Netherlands, n=3078, showed that if natural menopause occurs before the age of 45 years, there was a 2.3 times higher risk to develop open-angle glaucoma even with hormone replacement therapy.19 The Blue Mountain Study in Australia showed that late menarche of onset >13 years old, or early menopause <45 years old, increases risk.20 The Nurses Health Study in the U.S., n=66.417, was a prospective study that concluded that later menopause, onset >54 years, showed a reduced risk.21 And finally, studies from the Mayo Clinic indicate that women who had hysterectomies before the age of 43 years had an increased risk to develop glaucoma.22

Another consideration is the role of iron, which causes oxidative stress. Women are often iron deficient during menses, and this may have a protective effect.

When we look at exogenous estrogen, such as in hormone replacement therapy (HRT) or oral contraceptives (OC), the findings vary. For those post-menopausal women on HRT, the Heart and Estrogen Replacement Study (HERS) and Women’s Health Initiative (WHI) studies, published in 1998 and 2002, respectively, indicated a 0.40 percent risk reduction for POAG for every month of therapy.21 Today, in the U.S., HRT is very targeted for those symptomatic women (symptoms include hot flashes, urogenital atrophy, osteoporosis) and therefore the benefit is limited due its reduced use. Contrary are pre-menopausal women on OC. The Nurses Health Study, n=80K, was a retrospective study looking at patients from 1980-2006.21 It revealed that the use of OC for five years or longer increased the risk for primary open-angle glaucoma by 25 percent. The difference in these exogenous sources is likely the formula, but also the physiologic outcome. Oral contraceptives contain progestin which suppresses ovulation, thereby altering the natural hormonal patterns.

The role of estrogen in the central nervous system has been well studied, and it is thought that some of these findings may be applicable to retinal and optic nerve health. Retinal ganglion cells express estrogen receptors, and this may contribute to neuro-protection. Estrogen increases extra-cellular matrix production that may protect the optic nerve head from axonal damage. And because estrogen regulates smooth muscle control, this may enhance blood flow to the optic nerve. Another concern is that some cancer agents are anti-estrogen-careful monitoring is needed.15-18

Women are often the caregivers or manage the family health care, so indirectly they may affect the incidence and detection of glaucoma. A recent study in India published in British Journal of Ophthalmology revealed that in 1,259 pediatric glaucoma cases, five percent were steroid induced due to the overuse of steroids for severe GPC or vernal conjunctivitis. Children are affected by steroids at lower dosing and duration than adults, so it is important to monitor IOP and discontinue treatment in a timely manner. Because mothers might be instilling the medications and treating recurrent conditions, it is important they know the potential risks.23

As our gender thrives into more advanced years, dementia becomes another health concern. Treatment success for glaucoma is based on compliance, and the ability for patients to self-administer their medications is reduced with memory loss. As cognitive impairment and glaucoma share a common vascular risk factor, the relationship between Alzheimer’s disease (AD) and glaucoma has been reviewed.

Previous studies in Europe and the U.S. have not shown a relationship; however, a recently published population-based study in Taiwan has. The study looked at ICD codes and co-morbidity factors of over 15,000 patients. Of interest is that in this population, when compared to the controls, women (not men) with dementia were more likely have a prior diagnosis of open-angle glaucoma. Other studies have shown that women with glaucoma have more severe vision loss. This may be due to longevity, financial burdens, or simply late diagnosis.1,24 This sensory impairment and lack of visual stimulation can easily contribute to the progression of cognitive loss. This study also discussed other similarities between AD and elevation in intraocular pressure including decreased cerebrospinal fluid and amyloid plaques that aggravate in both the brain and retinal ganglion cells.25-27

We have all heard that 50 is the new 40. In fact, 70 is the new 60! People of this age have more active lifestyles than before and strive to stay healthy. This may include activities such as yoga, golf, and yes, sex.

Depending on the level of activity, inversions in yoga and lateral extension in golf have been shown to elevate intraocular pressure. On a positive note, sleeping with the head slightly elevated 30 degrees on two pillows has been shown to decrease IOP up to 20 percent. This is a very common position for women in the age group because they are likely to make a weekly visit to their salon for an up-do hairstyle, and they like to maintain their style until the next visit.28-30

Age does not discriminate for those who like to maintain beauty and sex appeal. Erectile dysfunction (ED) is more commonly discussed as treatment has become more effective. More and more seniors are sexually active. It was long thought that erectile dysfunction was a side effect of the use of beta blockers systemically or topically for glaucoma. On the contrary, there seems to be a correlation between ED and the diagnosis of glaucoma, not its treatment. Because women often take care of their spouse’s health needs, this is a discussion they should be having.31

In the past, the pertinent history for glaucoma included family history, age, race, and trauma. Today we need to query further. As we can see, age of menses, use of OC/HRT, and hysterectomy play a key role. A discussion regarding childbearing may have been just in passing, but this information may now be significant because the choice is delayed and our optic nerves age. Six percent of women enter menopause before the age of 45,32,33 and although we don’t typically ask this question, perhaps we should. Many men don’t always disclose all of their medications or their diagnosis of ED because they don’t think it affects their eyes. Perhaps we need to specifically ask them and their partners about this information. Lifestyle choices that may be more focused to our gender should be discussed. Given some of the findings, future treatment may be more targeted toward hormonal control. Globally women live longer and 90 percent of centenarians are women.34 It is important to keep that in mind when determining target IOP and when to treat.

Related: Know the link between cotton wool spot and anemia