In honor of the unofficial stoner holiday-April 20-we wondered how the legalization of marijuana in some states has affected optometrists.

In honor of the unofficial stoner holiday-April 20-we wondered how the legalization of marijuana in some states has affected optometrists.

Attitudes about marijuana use, both for medicinal and recreational purposes, have shifted rapidly over the last few years.1 Four states-Colorado, Washington, Oregon, and Alaska-and Washington, DC have legalized marijuana use. An additional 14 states have decriminalized certain amounts of possession, and nearly half of the states allow medical marijuana.1 A number of states have various forms of pro-marijuana legislation pending.2

So, what should you understand about marijuana before legalization comes to your state?

Robert Prouty, OD, FAAO, of Parker, CO, who will lecture on this topic at Optometry’s Meeting 2015 in Seattle. He says it is difficult to discuss marijuana because users fall into two camps: those who use it recreationally and those who use it for its medicinal purposes.

Dr. Prouty doesn’t give much credence to pro-marijuana groups who tout statistics that claim the drug is safer than alcohol and tobacco.

But when it comes to marijuana’s medical benefits, Dr. Prouty takes a different stance.

“I think there is huge value in understanding this substance-huge,” he says. “It’s misunderstood tremendously. It’s been maligned over the years as the blight of mankind.”

Like any other medication, he believes it should be properly regulated, and prescriptively controlled by competent doctors who can assist patients in managing their disease.

Next: Marijuana and glaucoma

If marijuana isn’t yet legal in some capacity in your state, it probably will be in the near future. While optometrists cannot prescribe medical marijuana because it is a Schedule I drug, that won’t stop patients from asking for a script.

“Once it became medically legal here in Colorado, for a while, I was getting about a half dozen patients a week who were asking, ‘I use this recreationally; is this going to affect my glaucoma?’” says Dr. Prouty, whose practice specializes in disease. “I see a lot of glaucoma patients, so I’m sure I would hear that more anyway, but I’m sure the rank-and-file OD is going to be asked that at some point, too.”

Seattle optometrist Katherine Shen says optometrists will need to know how to respond to these inquiries.

“The optometric community in Washington realized that more patients will ask questions about marijuana and treating glaucoma,” says Dr. Shen.

The American Academy of Ophthalmology has stated that there is no scientific evidence that marijuana is an effective long-term treatment for glaucoma-especially when compared to the current available medication and surgical options.

Related: AAOphth says marijuana is not proven treatment for glaucoma

Some studies in the 1970s found that marijuana lowered intraocular pressure for a few hours, but Dr. Prouty says the mechanism is unclear.

“It may be lowering pressure, but it also lowers blood pressure, and therefore, may be decreasing profusion of the optic nerve, which makes it more fragile, and so they may actually be harming the nerve even further,” he says. “But, again, we don’t know that because it’s Schedule I, and we can’t get the research done.”

Dr. Prouty says he hopes the American Optometric Association (AOA) will release a statement of its own stating that marijuana is not an effective treatment because glaucoma is an approved indication for medical marijuana use.3,4

“The public is largely unaware that marijuana use is an ineffective method of glaucoma management,” he says. “AOA should support the message that it is ineffective and there are far better medications for management. The medical use of marijuana is here, and every state currently considers glaucoma an approved indication.

“Optometry should collectively state that we don’t endorse marijuana in the management of glaucoma, since there are other ways to manage it that are far superior,” he says.

Next: More advice for practitioners

Dr. Shen says all healthcare professionals will have to spend more time on history, asking more questions about all drug use and habits.

“Be prepared for more patients complaining about red eyes, difficulty focusing at near, and larger pupils,” she says. “Always keep in the back of your mind that the etiology could be marijuana use.”

But not every optometrist has notice in an increase in patient requests or clinical presentation. For John Schachet, OD, of Englewood, CO, nothing really changed for his practice after the legalization of marijuana in Colorado.

“It hasn’t seemed to affect anything we do in any way, shape, or form,” says Dr. Schachet.

Next: Who is lighting up?

Who is lighting up?

If you don’t have a lot of interaction with marijuana users, you might be inclined to stereotype.

“We all have an idea-Harold and Kumar, Cheech and Chong-we all had these stereotypes about who we thought they were,” Dr. Prouty says. “Yet doctors, lawyers, and others are all using it all on the side. It’s pretty telling in our society that the president of the United States has admitted that he’s used marijuana. And it takes some of the taboo away.”

Dr. Shen says that, in her experience, most recreational users are in their 20s and 30s, while those who use for medicinal purposes are over the age of 40. 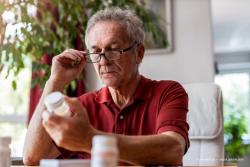 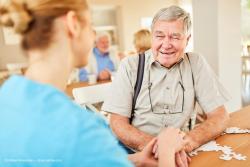