Over 87 percent of the U.S. population has a usual place they go to for medical care, according to the Centers for Disease Control and Prevention (CDC).

In 2017, the National Health Expenditure (NHE) Data from the Centers for Medicare and Medicaid Services (CMS) found that the average American spends more than $10,000 per year ($10,739, to be exact) on personal health care-accounting for 17.9 percent of the nation’s gross domestic product (GDP).

Recent NHE data clocked the national health spending in the U.S. at $3.5 trillion. Under current law, that number is projected to grow at an average rate of 5.5 percent per year-reaching $6 trillion by 2027.

Among developed countries in the world, the U.S. ranks highest in healthcare spending. But while the average amount surpasses any other country, all 50 states and the District of Columbia (DC) in the nation vary on the quality of the coverage that is offered.

WalletHub compared the measures of cost, accessibility, and outcome of healthcare coverage for each state and D.C. to determine the most recent national rankings.

Related: ODs weigh in on most, least stressed cities in the US

Minnesota ranked No. 1 for the best overall healthcare system with a total score of 63.8. Massachusetts came in at second (62.3), while Rhode Island followed closely behind (62.1).

In contrast, Alaska took the spot for worst healthcare system (44.5), with North Carolina (42.6) and Mississippi (47.8) ranking second and third to the bottom.

See the full list of rankings for all 50 states and D.C. here.

We consulted a few ODs from around the country get their feedback on how their own states ranked.

Georgia's rank on this list seems to speak to access to care more than anything. Georgia is still vastly agrarian, and our lawmakers should pay special attention to this with regards to optometry and our willingness to help these patients with limited or no access.

Of course, one should always grade a study's evidence profile before taking any outcomes too seriously.

I am not surprised to find my home state at the bottom of this list. We have a lot of poverty and many rural areas with a lack of access to care, which many times can lead to higher healthcare costs due to sicker individuals waiting until it is too late to seek care.

Optometry plays a very small part in the cost of health care, but one thing the South Carolina Optometric Association (SCOPA) leadership is working on is to increase access to eye care in every county of our state. We believe in preventative health care, are on the front lines, and understand dilated eye exams can be crucial in diagnosis of systemic disease.

As for the optometry perspective, our clinic is in a rural part of the state. We have a very medical practice as a result and work well with the physicians, physician assistants, and nurse practitioners who regularly refer patients to us.

Minnesota’s high rating may perhaps be attributed to a combination of factors, including a low uninsured rate, demonstrated high-quality outcomes, effective collaboration among involved entities in health care, and a population of patients placing a high priority on wellness.

Optometry can certainly provide a contribution depending upon significant efforts by the majority of ODs. Comprehensive vision care is a hallmark of optometry and probably an unrecognized or underestimated benefit to the population’s health. One could highlight environmental optometry and occupational vision. Evidence-based care and cultural competency are now crucial components of optometry.

It is important to recognize that a chief complaint of “blurred vision” is nondescript to patients, payers, and much of the healthcare system. Thorough histories, dilated fundus examinations, excellent communication, and frequent correspondence regarding mutual patients to related healthcare professionals are important aspects to optometric care.

From an eye care standpoint I would suggest that the Midwest values of hardwork and helping each other out (referred to as “Minnesota-Nice”) have helped eye care stay near the top of the list.

Some influential ophthalmologists were trained at the University of Minnesota (Stephen Lane, Richard Lindstrom, Ed Holland, to name a few) and have had a great influence on what Minnesotans expect and experience from eye care.

Their foresight to work alongside optometry in an integrated eyecare model has furthered and shaped eye care in Minnesota as well as other areas of the nation that have adopted the clinic models of these thought leaders, which I think has had a major role in providing a higher level of eye care to this state and region.

A majority of providers, across multiple categories of providers, are “home-grown”; largely the University of Minnesota. U of M provided a multi-disciplinary approach to the education and training of healthcare professionals for in excess of 100 years.

Those who remained in Minnesota were steeped in a culture of collaboration and innovation. A high number of these professionals-across disciplines-remained and remain dedicated to a mission of advancing the health status of the population of Minnesota. 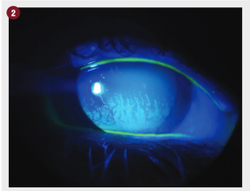 How to incorporate nutrition into dry eye practice

As seen on TV: Doing harm, not help, to the ocular surface 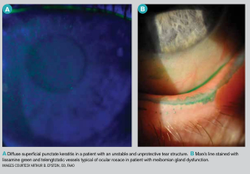