Our sister publication, Ophthalmology Times, recently featured two blogs from Zack Oakey, MD, an ophthalmology resident at the University of California, Irvine, that created a buzz on both sides of the OD/MD aisle.

In his first blog, Dr. Oakey defends optometrist-performed medical procedures and explains why he thinks not allowing such practices would hinder patients and create an ophthalmic monopoly.

In his second blog, published two weeks later, Dr. Oakey explains that OD-performed medical procedures should not be legal. He says that after writing the first blog, he received reactions from both sides of the debate and now believes optometry’s attempts at expanded scope of practice are best described as “a wolf in sheep’s clothing.”

We asked some optometrists about what they thought about Dr. Oakey’s recent blogs. Here’s what they had to say.

Over the past few weeks, there have been a couple of blog posts by Zack Oakey, MD, on the site of our sister publication Ophthalmology Times. Dr. Oakey outlined his thoughts on SB 622, the California optometric scope expansion bill. Dr. Oakey is a first-year ophthalmology resident at the University of California, Irvine, and his first blog post on May 2 discussed the bill's merits and even offered a tepid support. His blog post of May 14, after what one can only suppose was an extended trip to the ophthalmologic woodshed, was very much against the bill. Read his blog posts here and here.

My initial thought was to just ignore the ramblings of this young man, a first-year ophthalmology resident who readily admits has “limited knowledge and experience as an MD in general, and ophthalmology resident in particular.” But because he has a platform on our sister publication’s website, which is also read by optometrists, I thought this might be a good opportunity to educate this young man-especially because he seems to have no idea what an optometrist is or does.

For instance, he states on May 2: “Am I the only person who has to inform my patients that I am an eye surgeon, not someone whose primary responsibility is to provide spectacles?” That is an archaic and outdated opinion of what we do. Optometrists have been treating eye disease since 1976. We receive more training in ocular anatomy and physiology during our four years of optometry school than you do in medical school, Dr. Oakey. Optometry is hardly treading into “uncharted territory,” as you suggest. As you accurately note, “in 34 states optometrists can prescribe steroids, can perform some form of an injection in 15 states, and in three states can perform laser procedures, along with at least four states that allow lid lesion removal.”

Thanks for that acknowledgement.

In most states we also prescribe oral medications to treat ocular disease. These were hard-fought and hard-won privileges that optometrists have earned to better care for our patients.

Related: Earning a spot on the medical team

We as optometrists are at a disadvantage. We are a legislated profession. So, when we as a profession determine we are willing to take additional training and education to better care for patients, we have to go before our respective state legislatures.

While you state “any politician, medical professional, or thinker who believes they are not putting patients in jeopardy by letting optometrists perform surgery with training as outlined in SB 622 is almost certainly wrong,” past history proves your statement false. We take our hard-won privileges of providing better care for our patients very seriously.

I found your statement “(optometry's) efforts are probably better described as a wolf in sheep's clothing” to be somewhat ironic because ophthalmology has been crying “wolf” regarding optometric scope expansion for decades. Or as you suggest, “ask elected representatives to listen to our small voice and…continue to warn about potential patient morbidity” or “the fact that patients would likely be harmed in the process” is an old, worn out, and erroneous argument.

A brief personal history lesson: in Georgia in the mid-‘90s, we were attempting to expand our optometric scope of practice to include the use of topical beta-blockers in the treatment of glaucoma. I was privileged to be one of the many optometrists to talk to the state legislators on behalf of the bill.

During one open public hearing discussing the merits of the bill, one medical doctor said, “the people of Georgia will be dying in the streets if this bill is passed.” The bill passed. No one dropped dead in Georgia streets then, nor in the 20 years since.

Related: Did I choose optometry, or did optometry choose me?

I challenge Dr. Oakey to produce data that any expansion of optometric scope of practice has resulted in harm to the patients we serve. For like you, we abide by the credo “first do no harm” as well. Our only desire is to provide better care for our patients. In every instance, we as a profession have been willing to undergo additional training to provide this care.

The California bill allows for this additional training. Yet make no mistake: optometry has fought and will continue to fight for the privilege of caring at the highest possible level for patients. Our patients deserve no less.

I congratulate you on your ophthalmology residency. I notice you proudly state you have already completed over half of your required surgical procedures within your first eight months. Quite an accomplishment and a testament to your hard work, just as optometrists have worked equally hard to attain the skills and talents we possess. K

now that when you complete your residency and are out in the real world, optometrists will be willing to work with you in the spirit of mutual cooperation in the care of the patients we’ll share. Yet that mutual cooperation can exist only if we recognize and respect the unique talents and abilities that each one of us brings to the table.

Are you truly aware of what an optometrist can do? When you recognize and respect those abilities, I think you'll find we have more in common than not, and that, turf battles aside, in tandem we can provide the complete spectrum of care for our patients.

I couldn’t stomach to read much of the second blog after reading the first blog that was not complimentary, but in an indirect way, insulting to ODs. This is a first-year resident of ophthalmology, so I am not sure how much credibility should be given to his body of work and knowledge particularly about the politics of eye care.

There are many similar blogs, unfortunately, on both sides of the aisle that only fuel the frenzy for the zealots.

Sometimes, I feel that we will see peace in the Middle East long before the OD/MD debate will come to some reasonable conclusion. I feel like many of the misgivings of both sides is the lack of any understanding of each other’s educational and training path and the ultimate goal of each profession to provide a valuable and accessible service to the public.

The grievance and bickering that goes on puts the patient in the position of a child stuck in a custody battle between disgruntled parents, which will only damage the child in the long term. If we all are committed to serve the public (our patients) with the best intentions and highest possible care, then we have to come together and negotiate our places and positions in a civil way.

In my opinion, optometrists are not positioning to replace ophthalmologists. Most of us desire a close symbiotic relationship, and when that type of environment is created with mutual respect and understanding, we work extremely well together.

If ophthalmology believes that optometry suffers from sub-standard education and inadequate training while it realizes that without optometry the system will not be able to support itself, why does it choose to restrict optometric participation in its continuing education?

I believe if optometric educational institutions and ophthalmology residency programs were to establish training grounds in clinics where optometry students and residents and ophthalmology residents and fellows could work side by side, the future generations of these two professions would have a much better understanding of each other’s education and training and role in eye care.

As an optometrist, I have a vast knowledge of pathophysiology of diabetic retinopathy, which I can convey to my patients. I encourage Dr. Oakey to check his facts before blogging them.

Co-managing glaucoma in 2022: The OD/MD angle 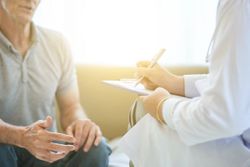