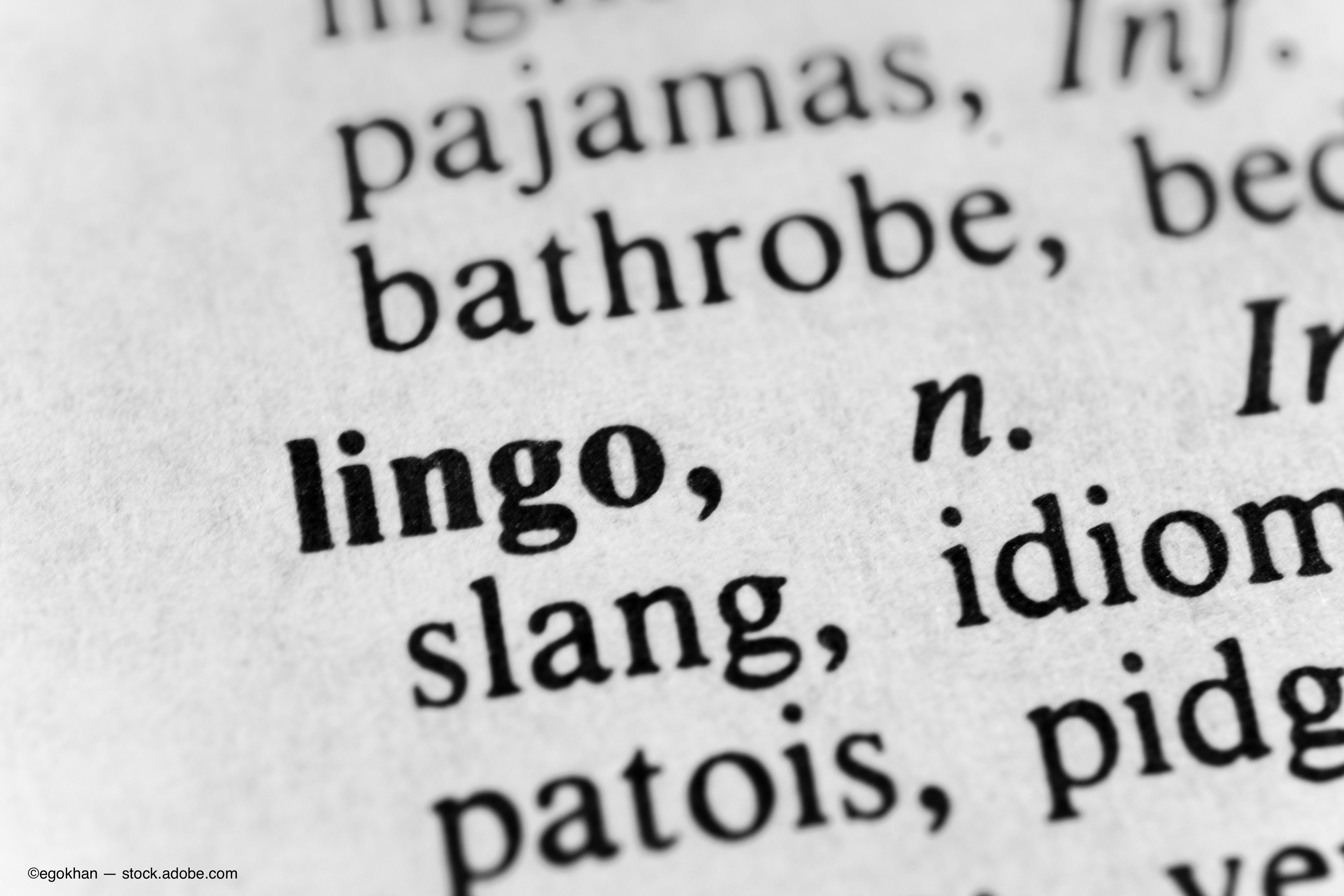 Years ago, my son informed me that not only was I uncool, but that being an optometrist was also uncool. Had my employee said as much, I would have documented it officially in the personnel file.

Since he was my son, I just made him clean the garage.

While doing so, my son tested me with new terms that the “cool kids” use. I totally flunked his cool test. (I am apparently still uncool because I just said “totally”.)

So I wrote a blog titled “Optometry on fleek” to make sure all ODs continue to be cool (and understand what the cool kids say in their offices).

I give you: “Optometry on fleek: part II.”

Previously by Dr. Swartz: As seen on TV: doing harm, not help, to the ocular surface

Lingo
First of all, “on fleek” is out. Do not say it-you will be seriously uncool if you do. Say this instead.

Lit: turned up, or popping, hot, hip. I am old, and this used to mean drunk.  I am sure all the teenagers say this about their ODs.

As a verb, it means to discard (throw away) with high velocity.

For example: “With the toddler not cooperating, I was afraid he would yeet my occluder at my head.”

It can also be used as a battle cry while yeeting: “Yeet” yelled the toddler in my face when I tried to examine him.

Related: How to successfully perform a pediatric exam

Fire: used as an adjective to convey praise, similar to “fine.” You might say, “My retinoscopy of that uncooperative toddler was fire.”

AFL: awkward for life. This is texted to the patient’s BFF (Best Friend Forever) when you put your foot in your professional mouth.

Basic: only interested in things mainstream, popular, and trending. If you assume a teen is spending his entire weekend playing Fortnight online with his buddies, he will snort likely loudly and respond with, “Stop being so basic.”

Dank: originally meant dark, sticky, and potent, and described our scary basements. The pothead generation took it over to describe potent strains of marijuana. Then people who wanted to look as cool as their pothead friends used it to describe anything as “cool,” and now the term is considered overused. Skip this word.

Bae: girlfriend or a term of endearment. When you ask about prom, Master “I-do-not-play-Fortnight” may reply, “My Bae is wearing black.”

Ghost: to avoid someone until he gets the picture and stops following you. My twin daughters do this frequently.

Curve: deliberately counter or reject someone’s direct or indirect sexual advance or expression of interest. I am not sure this would come up in casual conversation in the exam room, but now you know.

Salty: being upset over something little. I would definitely use this when a 14-year-old female freaks out over the iCare tonometer.

Skurt: to leave, bounce, or go away. Offer to let the aforementioned teenaged patient skurt once she gets her pressure measured.

Straight fire: top notch and better than the rest. This would make an excellent advertising campaign. Put “(insert office name) is straight fire” on a billboard.

Throw shade: rude comment said to another person without others realizing you said it. We southern bells have skills in this area. We throw shade so politely and with such a big, sweet smile, no one is the wiser.

Related: What your patients are tweeting about you Left me on read: this is when you send a Snapchat and the recipient reads the message but does not “snap” back. (Note: Snapchat is a messaging service that many teens use. It is not called chatting-it is referred to as “snapping”.) This is what I have repeatedly heard in my exam chair as the teen grips the phone when her mom asks for it, all the while complaining her BFF “left me on read, and I know she is in study hall.”

Swole: extremely muscular or buff.  Again, probably not appropriate for the exam lane, but now you know.

Extra: Being over-the-top excessive in a dramatic manner. If the aforementioned 14-year-old patients will still not let you take her pressure using the iCare, tell her she is being extra. She may be so shocked at your coolness, you can quickly swoop in and check her pressure.

Spill the tea: This is so much fun to say that moms of teenaged girls say it as much as their daughters. It means “give me the scoop, the gossip; tell me what is up.”

You might get more information if one of the staff does not make it to work on Monday, and anther staff member is acting salty about it.  Ask the salty staff member to step into your office, and then ask him to “spill the tea.”

Bruh: What you say when someone says something stupid. Hope the salty staff member does not say this when you ask them to spill the tea

Yas: What girls say when they really, really like something. Let’s hope we hear this daily in the dispensary.

Meh: Expressing indifference, particularly when you do not care at all. This is more for refraction, and less for the dispensary.

Oof: When you do not really care yet feel obligated to say something. If the patient is a troublemaker, it may go like this:

Dr: (Since you are up on teen lingo, you know what this means, aren’t you so cool?)

Mother:  Answer the doctor in English.

Mother:  You will not get contacts if you keep this up.

Go get that Dub: “W” usually means a win. This is appropriate when there is a quarterback in your chair the week of the game against his rival school.

Related: 8 tips to add sports and performance vision to your practice

Savage: Someone who is constantly roasting people, or who does not care what other people say. If you have a teen with younger siblings, and the teen is ripping on the siblings during the whole exam, look at the patient and say, “Master savage, you are done. My scribe will see you out.”

Triggered: Feeling hatred after seeing, hearing, or experiencing something you cannot stand. This will mostly likely be the patient who cannot tolerate pressure testing, proceeds to act “extra,” and then becomes “triggered” when she comes back the following year. Good luck with that.