Smoking raises the risk of developing cataracts, but quitting may turn that around over time, according to a new study from Sweden.

Sweden-Smoking raises the risk of developing cataracts, but quitting may turn that around over time, according to a new study from Sweden.

Researchers followed nearly 45,000 Swedish men and found a gradual drop in cataract risk among former smokers-20 years after quitting, their risk had fallen by about half.

Data suggests a link between eye conditions, like cataracts, and smoking, but this is one of the first studies to investigate whether quitting smoking makes a difference.

According to Birgitta Ejdervik Lindblad, MD, who led the study at Örebro University Hospital, there was a similar study on the association of smoking cessation and cataract extraction among 35,000 women, ages 49-83 in Sweden. Among the women who smoked 6-10 cigarettes per day, the relative risk of cataract extraction decreased over time and, after 10 years, the risk was not significantly different from the risk among those who never smoked.

But for those who smoked more than 10 cigarettes per day, it took 20 years before the cataract risk was no longer greater than for women who never smoked, Dr. Lindblad said.

To see whether the same held true for men, the research team followed the middle-aged and older men participating in a larger study through surveys and surgery records.

Between 1997 and 2009, the men had more than 5,700 cataract removals. Men who currently smoked more than 15 cigarettes a day had a 42% greater risk of having cataract surgery than men who had never smoked.

More than 20 years after quitting, however, men who had smoked at that rate were at 20% greater risk for cataract removal compared to men who never smoked.

For men who had been lighter smokers, the increased risk of cataract fell more quickly after quitting, but never reached the level of those who had never smoked.

"It is never too late to stop smoking, but it takes a longer time for the lens to recover with higher smoking intensity," Dr. Lindblad said. 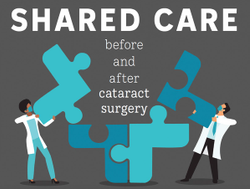 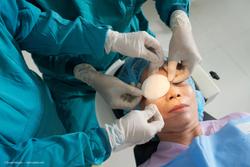