Cataract surgery demand is set to grow as an increasing amount of baby boomers retire and enter old age, but the eyecare profession is not ready for the coming demand, says Dr. David Geffen, OD, FAAO.

Las Vegas-Cataract surgery demand is set to grow as an increasing amount of baby boomers retire and enter old age, but the eyecare profession is not ready for the coming demand, says Dr. David Geffen, OD, FAAO.

"Optometry has failed our patients," Dr. Geffen declared at a recent lecture at Vision Expo West. He was referring to the fact that while the number of optometrists entering the workplace has steadily increased since the beginning of the new millennium and is projected to continue growing, the number of optometrists wanting to handle cataract patients hasn't kept up with the demand. Most cataract surgeries are handled by ophthalmologists, but their numbers have remained stubbornly flat in that same period of time, which means that as global refractive cataract surgery forecasts come true-rising from 17.1 million surgeries in 2007 to 21.6 million in 2014-there will be a shortage of professionals who can help. This means many functions will be delegated to other professionals, and optometrists have traditionally been the outlet for managing those patients.

The problem is, up until now, cataracts haven't exactly been the most lucrative field for most optometrists. But this is changing, Dr. Geffen says.

"There's a new paradigm shift," he said. "We're seeing cataract surgeries at a younger age these days, and cataract surgery has become a refractive surgery." This brings about new opportunity for optometrists looking to expand their options.

Today, the real question is how such patients can reduce their dependence on glasses by correcting their vision with the latest intraocular lenses (IOL) specific to their needs. With over 50 percent of patients over 60 exhibiting at least 1.00 D of astigmatism, the solution requires an understanding of the kinds of lenses available. Of the most promising are toric IOLs, says Dr. Geffen.

"It's a life-changing thing in patients," he said, mentioning that new toric lenses such as AcrySof IQToric have resulted in an amazing level of depth to field improvements. It, along with various other lenses such as the STARR and TECNIS toric IOLs, have dramatically changed the field. But while the current line of lenses has shown much promise, Geffen says it came just in time.

"This is a very exciting time to be around," he said, describing the potential for treating future cataract patients. But with the baby boomers and their high level of expectations just around the corner, the new developments couldn't have come about at a better time. 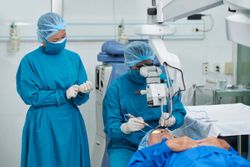 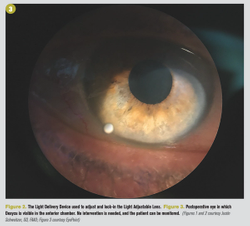