Some components of the ophthalmic exam are performed by technicians, requiring adequate knowledge of eye to diagnose appropriately

The ocular surface and adnexa, and the clear view of the retina and choroid obtained through transparent ocular media in most patients, are conducive to making ophthalmologic diagnoses based solely on the visual examination. A thorough ocular and systemic history, however, will suggest the correct diagnosis in most cases.

When parts of the complete examination-uncorrected and corrected visual acuity, pupillary examination, confrontation visual fields, ocular motility, and intraocular pressure-are added to the history, most diagnoses can be correctly made without the use of a slit lamp, ophthalmoscope, or ancillary testing.

The unofficial rule of thumb that “80 percent of diagnoses are made based on the history, 10 percent on the physical examination, and 10 percent by ancillary testing” holds true not only for internal medicine but also for ophthalmology.

A word of caution should be made though, because some patients relate an unreliable history or one filled with extraneous facts, which can lead to the inability to arrive at a proper diagnosis.

When dealing with challenging patients, experience and expertise are required to “weed through” histories to identify relevant facts.
This article will discuss important components of the ophthalmic examination that are usually performed by technicians.

Adequate knowledge of the eye, ocular adnexa, sensory inputs, and visual pathways are critical to arriving at some of the important diagnoses discussed as follows.

Cases were extracted from the author’s practice to illustrate principles and to emphasize the importance of thoughtful, complete adherence to the correct examination sequence.

Anatomy
The eye is situated within the bony orbit and is covered and protected by the eyelids. Fibers that transmit visual signals leave the eyes within the optic nerves (cranial nerve II), pass through the optic foramen in the posterior orbital wall and the cavernous sinuses, before converging at the optic chiasm.

Nasal fibers of the optic nerves-those that perceive the temporal visual fields-cross through the chiasm to the contralateral side where they converge with temporal fibers from the other nerve to form the optic tracts.
These terminate in cell bodies within the lateral geniculate bodies of the thalamus. Optic radiations connect these cells to the visual cortex in the occipital lobe-the area of the brain that perceives vision.

Other cranial nerves integral to the visual system include III (oculomotor), IV (trochlear), V (trigeminal), VI (abducens), and VII (facial). These nerves provide motor input to the muscles in the orbit, face, ciliary body, iris, and eyelids, as well as sensation to the eyelids, eyes, and orbital tissue.

The technician should approach each patient systematically with careful attention to data gathering according to the aforementioned list. This approach is particularly significant when faced with complex patients for which a diagnosis is not readily apparent; in these patients, careful performance of each step is vital.
The balance of this article will use case presentations to illustrate the importance of several components of the ophthalmic exam.

Visual acuity measurements
Visual acuity is usually measured by having patients read Snellen eye charts. Some acuity numbers have particular significance.
A visual acuity of 20/40 is generally needed to read standard newsprint. Having 20/40 in one eye usually qualifies one to obtain a driver’s license in any state.

A visual acuity of 20/200 defines blindness in most cases. Legal blindness is defined as a patient who has one of the following deficits:

a. Best corrected visual acuity of 20/200 or worse in the better eye, or
b. A visual field of 10 degrees or less regardless of the visual acuity.

Never assume that patients are capable of reading the letters on the eye chart. Illiterate patients may identify the big “E” but may not recognize any other letters, and such a patient is unlikely to admit to not being able to read.
If one suspects that a patient with 20/400 visual acuity should be able to see better, the examiner should test visual acuity with the “tumbling E” chart or children’s charts that contain drawings.

Case 1
A 75-year-old woman who had previously undergone successful bilateral cataract surgery awoke with painless, significant vision loss in her left eye. She saw her cataract surgeon who could not make a diagnosis; he sent her to a retina specialist who also was unable to determine the cause.
A neuro-ophthalmology consult was requested, but the patient ended up on my schedule instead.
My technician began to methodically collect data and emerged from her room in 5 minutes with the correct diagnosis.

Here is what she had found:

Certain data in this case contribute to making the correct diagnosis:
– The AR (+12.50 D) is more suggestive of aphakia than pseudophakia.
– The visual acuity when measured with the AR and pinhole establishes the fact that this eye still can see well.
– The absence of an afferent pupillary defect rules out optic nerve and widespread retinal disease.

With these data my technician diagnosed a dislocated intraocular lens (IOL). The slit lamp photographs taken after pupillary dilation are shown in Figures 1A and 1B.

Fibrotic capsular remnants can obscure the edges of implants and confuse examiners regarding the presence or absence of a lens. The silicone plate/haptic IOL in this eye had dislocated through a previously opened (by YAG laser capsulotomy) posterior capsule and settled against the inferior ciliary body in a difficult-to-visualize position.

Following vitrectomy surgery with IOL exchange and the implantation of an anterior chamber IOL, the patient achieved a visual acuity of 20/20.

Case 2
A 75-year-old man complained of a spot in the left side of his vision for four days. This was unaccompanied by other symptoms, was unchanging, and was present in both eyes.

On examination his best corrected visual acuity measured 20/20 OU, but on confrontation visual field testing he had a left-sided defect approximately 45 degrees from fixation in both eyes. A Humphrey 24-2 visual field was normal in each eye.

Because of the concern that his history and confrontation field defects suggested the presence of a lesion that may not have been detected on Humphrey field testing, magnetic resonance imaging (MRI) of the brain was obtained.

It showed damage in the visual cortex of the right occipital lobe due to a cerebrovascular accident (stroke) (Figure 2).
The patient was referred to his primary care physician for further evaluation and initiation of antiplatelet or anticoagulant therapy.

Case 3
A 44-year-old man complained of the worst headaches of his life and double vision for one day. His visual acuities were 20/20 OU, but he had a left exotropia and left ptosis. The left eye could not adduct, and there were severe deficiencies in supraduction and infraduction.

The pupillary diameters measured 3 mm OD and 5 mm OS, the left pupil reacted sluggishly to light, but there was no afferent pupillary defect.
This constellation of symptoms (extropia with gaze restrictions, ptosis, and mydriasis) is characteristic of a pupil-involving third nerve palsy.

This constitutes a neurosurgical emergency that requires immediate referral of the patient to the emergency room (ER).
The patient needs emergent neurological imaging with magnetic resonance angiography or cerebral angiography, followed by clipping or coiling of the aneurysm, because rupture of the aneurysm produces a 50 percent mortality rate.

Critical to making this diagnosis is the identification of the mydriasis. If the pupil is normal, the patient is diagnosed with a vascular third nerve palsy, does not require referral to the ER, and can be followed as an outpatient. Pupillary involvement (mydriasis), however, necessitates an emergent referral to the ER.

Conclusion
These three cases illustrate the relevance of key steps in the patient workup that are usually conducted by the technician. Performing these accurately means making the correct diagnosis, even when other technicians and physicians failed to do so. In some cases this may even mean saving the patient’s life.

Remember that examinations need to be performed methodically and completely to not overlook important findings. Therefore, the technician must learn proper technique for each step of the examination to recognize significant abnormalities, because some of these will not be recognizable later in the examination. 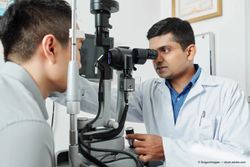 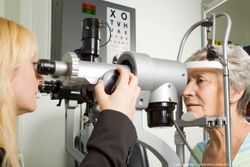