Gretchyn Bailey, NCLC, FAAO: Hi, everyone. I'm Gretchyn Bailey with Optometry Times® and today I have the pleasure of speaking with Dr. Rhett Schiffman, chief medical officer and head of research and development at Visus Therapeutics. Today, we are talking about the recent FDA acceptance of the company's Investigational New Drug Application

(IND) for presbyopia-correcting eyedrops. Rhett, thank you so much for talking with me today.

Rhett Schiffman, MD, MHSA: Thank you for having me, Gretchyn.

Bailey: Well, this is exciting news that you have a new product that the FDA has accepted the IND for brimochol. And that is a drop that is looking to help manage presbyopia for patients. Can you tell me a little bit about how this drop works?

Dr. Schiffman:Well, brimochol is a combination product. And that by itself is rather different from what else is being developed currently. It is a combination of carbachol, which has been on the market as a glaucoma drug for over 50 years. It is currently on the market as an injectable during cataract surgery to bring the pupil down. It is well known to be the most potent and durable of the available cholinergic agents. So, that is the first part of brimochol.

The second part is brimonidine. Brimonidine is also well known. It has been on the market since 1996 as a glaucoma drug. It is an alpha-2 sympathomimetic, and it does several things. It blocks the dilation of the pupil under dark conditions. It also appears to inhibit some of the well-known adverse events of carbachol or pilocarpine, the cholinergic agents, because there are alpha-2 receptors on the ciliary body, which when stimulated appear to inhibit contraction of the ciliary body where most of these adverse events of pilocarpine come from. Another thing that we have discovered it does is it increases the half-life of carbachol, which may be thebiggest reason why this combination product may be able to demonstrate contribution of elements in the clinic that other companies have been unable to do with their various combination products. And then lastly, Alphagan, or I should say brimonidine, as the active agent in Lumify also reduces ocular redness, which is known to occur with cholinergic agents like pilocarpine and carbachol. So, there are multiple ways in which brimonidine adds to what carbachol does.

Bailey:Let's back up a second. You said for your second point that it brings some additional benefits in the clinic. Can you tell me what those might be?

Dr. Schiffman:The effect of the brimonidine on the ciliary body appears in published data to reduce the incidence of headache and brow ache that occur with these cholinergic agents. We also have some evidence that it blocks fluctuations of IOP, and we now, as I mentioned earlier, have good evidence that brimonidine increases the half-life of carbachol. So, you would expect a longer duration of action from the brimochol formulation compared to carbachol alone.

Bailey: Gotcha. OK, so this will be a drop that is administered. So, tell me about the effects and how long patients can expect that to last.

Dr. Schiffman:The previous published data indicate that this combination product can have very beneficial effects on your visual acuity anywhere from 8 to 12 hours. And that is another big distinction with what other products seem to deliver because they are pilocarpine-based monotherapy, which tends to have a peak effect out to closer to 4 hours. The data that we have generated so far indicates that we are reasonably likely to be able to have a true once-a-day drug. A single dose in the morning would last you all day.

Bailey: That was going to be my next question. What would be the dosing regimen? You are thinking once-a-day, then?

Dr. Schiffman:That would be all you need.

Bailey: What happens if a patient dosed once in the morning and then is closer to the eight hour range as opposed to 12 hour range? And it is later at night, he wants to read while watching TV or read in bed and doses again, should that patient then dose again in the morning?I know I am throwing this at you, it just occurred to me when you said that.

Dr. Schiffman:We expect that patients are going to be flexible and have some flexibility on how they dose themselves, given that this has a longer duration of action, and if they anticipate being in the dark that they would only dose 1 eye.

Bailey: A little bit of a monovision effect.

Dr. Schiffman:Well, with one important caveat, and that is, as you know, from your clinical experience, when you do a pinhole occlusion, you don't lose vision at distance and at near. You are not trading off vision at distance for vision at near like you do when you do a LASIK surgery, or a cataract surgery. So, you will have a smaller pupil in one eye, but you should be maintaining primarily distance at vision and near in the treated eye along with your untreated eye. So, you are really not creating true monovision in the way that we have become accustomed to it.

Bailey: True. Tell me about next steps. The FDA has accepted the IND, give me a timeline. What will happen next? When do you think that you will be looking at a potential approval? I know you are looking into a crystal ball, when can patients expect to see this?

Dr. Schiffman:We just announced that we have dosed our first patient in phase 2 as well as that the IND has cleared. We are quite excited about that. We expect that we will have completed phase 2 by June of this year. And starting the phase 3 program immediately thereafter. We expect approval of brimochol in the second half of 2023.

Bailey: Excellent, not too far in the future. How do you anticipate optometrists playing a role in educating patients or prescribing this drug? Where does optometry fit into the mix?

Dr. Schiffman:It is at the beginning, middle and end of all of this because, as you know well, the majority of patients who seek help for their new onset near-vision problems, or even their refractive problems, throughout their life are primarily getting most of that care from the optometrist. And one other distinction that I would point out between this and maybe some other products is because we have such a potent effect, we are not focusing only on those patients who are early in the course of presbyopia. We have data and we believe that this drug will work very well with patients in all stages of presbyopia with essentially no accommodation left and where we do not have age restrictions in our clinical program. We also do not exclude patients who have had refractive surgery. But most importantly, we are including people who are pseudophakic. Because in reality, you know that in your own clinic when you put up a pinhole occluder to a patient who has had cataract surgery, but otherwise has a normal eye that works well, the pinhole effect improves them, too. So, our data indicate that pseudophakes improve with this drug and so they are going to be included in our population as well.

So, the consequence of that is that optometrists who serve these patients from early presbyopia to late in life after their cataract surgery will be able to address all of the presbyopia concerns. And I also add that, especially in those pseudophakes, obviously, the majority of patients have monofocal lenses in there and have no potential for near vision or intermediate but even those who have multifocal lenses or enhanced depth of focus, it is still not quite the case that those patients have great intermediate or near vision. And it is quite possible that those near activities could be enhanced with a medication such as that. So, we think the entire range of patients with presbyopia could be served well in an optometry office.

Bailey: It sounds like your range of patients is quite large then, which is good for you, good for the patient, and good for the prescribing doctors as well. What do you suggest optometrists tell their patients who are asking about what’s coming, what’s new, how should they be educating their patients on new potential therapies for presbyopia?

Dr. Schiffman:They are now in the position of being able to signal to patients that there are pharmacologic treatments that are going to become available. They will differ perhaps by the frequency with which they need to be dosed to be able to get a full day of benefit. Some may require multiple doses a day. Some may require once a day. To the point that you mentioned earlier, I think the proper instruction to patients is that if they are going to be under dark conditions that they contemplate using the drop in a single eye rather than in both eyes. But if they are starting a full workday in the morning, and they want to be able to see well throughout the whole day, they could also entertain the possibility of dosing both eyes. I think that is largely how the conversation may go.

Bailey: Well, excellent. It seems like there is lots to look forward to in terms of new treatments for presbyopia. Rhett, thank you so much for talking with me today.

Dr. Schiffman:Thank you for having me. 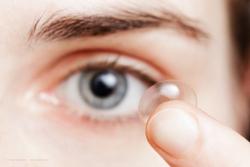 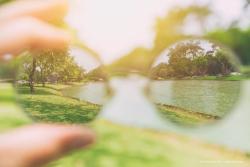 The latest EDOF strategies for patients with presbyopia and cataracts