Why ODs should monitor hypertension in patients

Anaheim, CA-Optometrists need to take on a greater role in helping patients identify and control hypertension, according to one expert at the American Academy of Optometry annual meeting in Anaheim, CA.

Eyecare professionals have increasingly become a patient’s first step to diabetes diagnosis, and the field has seen a push toward optometrists acting as the first line of defense to help patients catch the disease early on.

But diabetes isn’t the only disease with which optometrists can help, says Sherrol A. Reynolds, OD, FAAO, associate professor at Nova Southeastern University College of Optometry.

According to Dr. Reynolds, an estimated one out of every three adult Americans has the disease, with more than 1 billion people affected worldwide. In the United States, the latest estimates show approximately 80 million Americans have the disease, spread across all ethnicities and backgrounds, though those of African American or Afro-Caribbean descent seem to be more prone to high blood pressure.

For unknown reasons, these patients are twice as likely to get hypertension, and they are also more likely to be diagnosed with hypertension at an earlier age than their counterparts, Dr. Reynolds says.

“Hypertension is the leading cause of morbidity and mortality,” Dr. Reynolds says.

Due to its mostly asymptomatic nature, the disease has come to be known as the “silent killer,” and it’s believed to be responsible for more than 7.1 million deaths annually.

In addition, it has been associated with a shortened life span and has been shown to be a major risk factor for stroke, heart attacks, vascular disease, and chronic kidney disease.

In fact, many incidents are directly caused by hypertension:

• Second leading cause of end-stage renal disease and kidney dialysis

It’s going to get worse before it gets better.

By 2030, an estimated 41.4 percent of adult Americans are projected to have hypertension, according to the American Heart Association. Since 2006, deaths associated with hypertension have shot up 39 percent, or about 13 percent per 100 adults.

All of these statistics add up to a major health concern, Dr. Reynolds says, and optometrists have an opportunity to play a major role in the public health fight against the disease.

“We not only do the eye exam,” he says, “but it’s so important that we communicate with the primary care physician.”

Because some patients don’t have a primary care physician, while others only go when there’s a problem, eyecare professionals are often the most frequently visited healthcare professional in a given patient’s life. As a result, eye care is seeing more and more calls for systemic cooperation on a range of public health concerns:

“The eyes are windows to overall health,” wrote Linda M. Chous, OD, and Kim K. Christopher, MBA, in a 2013 white paper for UnitedHealthCare. The paper identified 24 diseases, one of which was hypertension, for which eyecare professionals could play a major role in monitoring and reporting. And by doing so, eyecare professionals can score big with their patients on various levels, Dr. Reynolds says.

A 2013 Saudi Arabian study examined results of eyecare practitioners taking part in hypertension awareness, monitoring, and education. The study showed significant improvement across the board:

• Age. By age 65, 95 percent of Americans have high blood pressure

• Genetics likely play a role, though the Centers for Disease Control and Prevention (CDC) warns some of the association may be due to families often sharing common environments and other potential factors that increase their risk

The most actionable risk factors relate to nutrition and physical activity.

“We know currently that there is a growing obesity epidemic,” Dr. Reynolds says. “Because of that, we’re seeing more and more patients being diagnosed with high blood pressure.”

Encouraging patients to live healthier lifestyles and become more conscious of decisions about nutrition and exercise can have a significant impact on their hypertension risks, he says.

• Include a diet high in fresh fruit and vegetables

When checking blood pressure, Dr. Reynolds recommends using a device that can be mounted on the wall or placed on the upper arm. Other devices have been shown to be unreliable, she says. Practitioners should look for the following readings:

Should a patient come in with blood pressure above 160 mm Hg, it’s important to avoid lowering the pressure too quickly, Dr. Reynolds says. Blood pressure must be lowered slowly in patients who have malignant hypertension.

“When your blood pressure is severely elevated, the vessels in your body compensate for that elevated pressure. It auto-regulates to deliver blood flow to your target organs. And when you have patients who have really high blood pressure and you lower it too quickly, there’s a risk of ischemia.”

She also recommends that practitioners call 911 instead of patients driving themselves to the emergency room. The patient is at risk and may end up in danger when on the road.

A greater role to play

The patient’s total health is important, and it’s in optometrists’ interests to look for systemic diseases that aren’t always related to the eye, says Dr. Reynolds.

But the assessment takes little time and can be performed while the patient is waiting on the doctor, she says. And, considering the positive effects, both in attitude and in patient health, the practice seems like the right thing to add for doctors looking to help their patients live a better life. 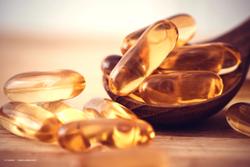 Examining the essential role of the lymphatic system, at your disposal