Is your patient healthy enough for LASIK surgery?

Your patients rely on you to help determine if they are good candidates for laser vision correction. We know that a patient’s systemic health can affect the safety and efficacy of refractive surgery.

Your patients rely on you to help determine if they are good candidates for laser vision correction. We know that a patient’s systemic health can affect the safety and efficacy of refractive surgery. Any systemic condition or associated medication can affect the stability of the patient’s refraction by altering the cornea’s ability to heal normally-which may increase the risk of a complication. Be sure to consider your patient’s systemic health before making a candidacy decision. Most refractive surgeons base their patient candidacy decisions on the criteria described in the original FDA approval of LASIK more than a decade ago (see Table 1).

Autoimmune disease occurs when the body’s autoimmune system attacks its own tissues, causing damage and system dysfunction. Some examples include Bechet’s disease, Crohn’s disease, Graves disease, myasthenia gravis, psoriasis, and ulcerative colitis. These conditions all have the potential to affect the cornea’s ability to heal safely and predictably. Nearly all autoimmune diseases are associated to varying degrees with ocular and corneal complications.1 Some concerns involve complications such as corneal thinning, LASIK flap melts, persistent epithelial defects, persistent keratitis, scleritis, and scleral thinning.

Collagen vascular diseases are a sub-type of autoimmune disorders in which the body’s immune system attacks its connective tissues and blood vessels. Some of the more common examples include systemic lupus erythematosus, rheumatoid arthritis, ankylosing spondylitis, scleroderma, and Sjögren’s syndrome. Other heritable collagen vascular diseases include psoriatic arthritis, Marfan’s syndrome, and Ehlers-Danlos syndrome. The primary concern regarding collagen vascular disease is the body’s altered ability to heal and resulting corneal complications. A study by Alio of 42 eyes of 22 patients who underwent LASIK with known rheumatoid arthritis reports excellent visual outcomes with no vision threatening complications.1

Pregnancy and nursing, due to associated hormone changes, frequently cause unpredictable refractive instability. Most surgeons recommend waiting 3-6 months post-pregnancy and lactation to ensure stability of refraction and corneal/tear film.

Diabetes may be the most common systemic condition revealed during a LASIK consultation. While the FDA still considers diabetes a relative contraindication for LASIK, several reports in the literature suggest the safety of this condition with laser vision correction. A recent review by Simpson concluded that LASIK may be safe in diabetic patients with tight glycemic control and no ocular and systemic complications.3 Establishing refractive stability, A1C of ≤ 6.0 and healthy macular with OCT are common requirements prior to elective corneal surgery.

Severe allergies are associated with ocular and systemic inflammation with the potential for significant refractive instability, poor corneal healing, and increased protracted dryness.

Keloid scars are hypertrophied scars produced by excessive collagen deposition at the site of the tissue trauma. While some have suggested an association of dermatologic keloids with corneal keloids, many refractive surgeons doubt this association. Several studies suggest both corneal procedures are safe, effective, and predictable.4,5

Medications are known to affect corneal healing after surgery. Of particular concern are immunosuppressants and anti-inflammatories because they increase the risk of corneal infection and persistent epithelial defects. Specific medications listed by the FDA as absolute contraindications include isotretinion (Claravis, Barr Laboratories) due to chronic corneal dryness and amiodarone hydrochloride (Cordarone, Wyeth-Ayerst) due to punctate corneal opacities and possible lenticular opacities interfering with vision. All medications with ocular side effects can potentially prevent a good surgical outcome and should be considered when evaluating patient candidacy. LASIK can usually be safely performed after medication is discontinued, providing the cornea and tear film can be established as healthy.

Overall, most surgeons agree that any patient with active systemic disease should not be considered candidates for an elective refractive procedure due to increased risk of sight-threatening complications and poor visual outcomes. However, several publications, including a retrospective analysis of 275 eyes of patients with systemic conditions-counting 62 with autoimmune disease-concluded that LASIK can be performed effectively and safely in selected patients with stable and controlled systemic disease.6 Having a thorough understanding of your patient’s health is necessary to determine if your patient is a good candidate for refractive surgery.ODT 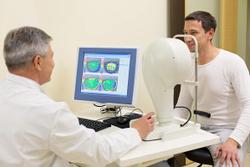