Months after being cleared, the Ebola virus was found in the ocular fluid of a survivor, according to a recent report from The New England Journal of Medicine. 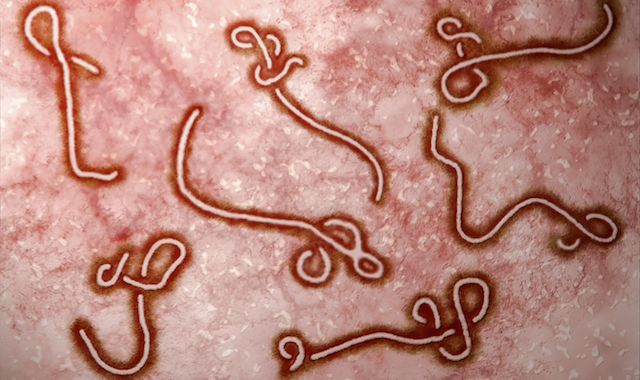 Atlanta-Months after being cleared, the Ebola virus was found in the ocular fluid of a survivor, according to a recent report from The New England Journal of Medicine.

After weeks of treatment at Emory University Hospital in Atlanta, healthcare professionals found the 43-year-old man-a physician who contracted Ebola while working in Sierra Leone-clear of the virus by urine and blood tests. But shortly after discharge from the hospital, his ophthalmic symptoms included occasional bilateral ocular burning, foreign-body sensation, and photophobia, according to the report. He required an adjustment in his prescription for reading glasses, which suggested an accommodative change. His ocular history was clinically significant only for myopia.

Three months after discharge, he was referred to the Emory Eye Center, where an examination of the dilated posterior eye revealed previously undocumented multiple, peripheral chorioretinal scars with hypopigmented halos in both eyes and a small intraretinal hemorrhage adjacent to one scar in the left eye. The patient was diagnosed with posterior uveitis.

A month later, when he presented with an acute onset of redness, blurred vision with halos, pain, and photophobia in the left eye, the patient was then diagnosed with anterior uveitis and ocular hypertension.

When the patient did not respond to treatment and the inflammation and other symptoms continued to worsen, a paracentesis of the anterior chamber was performed. The aqueous humor tested positive for the Ebola virus. Researchers did not find the Ebola virus in the tear fluid or conjunctiva.

“Although the pathogenesis of Ebola virus disease-associated uveitis is unknown, we believe that the severe, acute panuveitis that developed in our patient was a direct cytopathic effect of active replication of Ebola virus persisting in an immune-privileged organ,” the researchers write. “The acute onset of symptoms, unilateral location, and extreme elevation of intraocular pressure that were seen in our patient are clinical findings similar to infectious uveitis syndromes caused by herpesviruses, in which the pathogenesis is known to be a direct consequence of active viral replication.”

According to the New York Times, the virus also turned the man's eyes from blue to green.

What this means for ECPs

“The medical community has appreciated that the Ebola virus can remain viable in some body fluids for an extended period of time after the initial onset of the disease,” says Russell N. Van Gelder, MD, PhD, president of the American Academy of Ophthalmology and a uveitis specialist. “This remarkable case now demonstrates that the virus can remain viable in ocular fluids long after the patient has recovered from the systemic infection.

In a statement, the American Academy of Ophthalmology says the newest findings that indicate uveitis may be associated with active virus within the eye highlight the importance of safety measures eyecare professionals when performing invasive procedures such as intraocular injections or surgery for cataracts or glaucoma on patients who have been infected with the Ebola virus.

“If the Ebola epidemic continues, ophthalmologists throughout the world will be seeing patients with post-Ebola uveitis, will need to recognize and treat this condition and will need to take appropriate increased precautions in performing surgical procedures on these patients,” says Dr. Gelder. “However, I want to emphasize that as far as we know, the Ebola virus is not transmitted by casual contact. The current study does not suggest that infection can be transmitted through contact with tears or the ocular surface of patients who have recovered from their initial infection.”

Next: Diagnosing DR via telemedicine 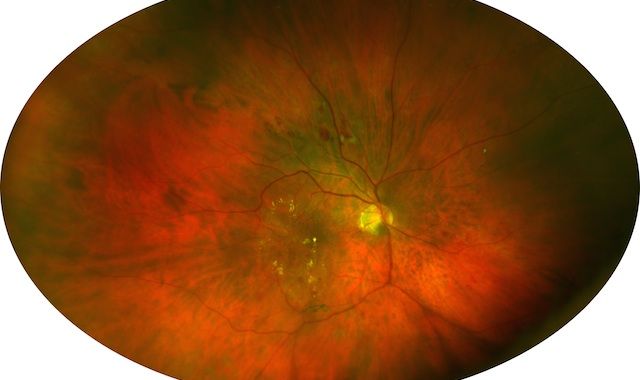 Denver-Three recent studies presented at the Association for Research in Vision and Ophthalmology (ARVO) annual meeting examined the use of ultrawide field imaging (UWFI) to diagnose diabetic retinopathy (DR) in telemedicine programs.

The first study evaluated the implementation of UWFI within the Indian Health Services’ DR ocular telehealth program for the identification of DR and the ungradable rates compared to the previously-used nonmydriatic multi-field fundus photography (NMFP).

The study used the Indian Health Services’ Joslin Vision Network, which is deployed in 72 sites across 26 states, serving American Indian and Alaska Native communities. A total of 7,460 subjects were imaged with NMFP (NWS6S from Topcon), while 456 were imaged using UWFI (Daytona Retinal Imager from Optos).

UWFI in underserved populations in Boston

A second study was conducted to assess the outcomes of an ocular UWFI teleophthalmology program in an urban community health center-Mattapan Community Health Center in Boston-and to determine the impact of peripheral retinal lesions on DR severity.

Researchers concluded that urban community-based implementation of a teleophthalmology program in a largely underserved area identified referable DR in over 16 percent of the population. Consistent with published tertiary center cohorts, evaluation of the peripheral retina using UWFI suggested more severe DR in 11 percent of eyes. Ungradable image rates dropped dramatically with imager experience. According to researchers, the data emphasizes the value of a DR teleophthalmology program in such communities as well as the importance of ongoing quality assurance to achieve and maintain low ungradable image rate.

The third study aimed to evaluate the ability of nonphysician retinal imagers to perform point-of-care DR evaluation at the time of UWFI.

The study found that the evaluation of UWFI images by nonphysician imagers following established teleophthalmology program protocols had good sensitivity and specificity for detection of DR and identification of referable retinal disease. According to researchers, the data suggest that immediate evaluation by retinal imagers at the point-of-care might reduce reading center image grading burden by approximately 60 percent-with the added benefit of rapid patient feedback.

“As a long-time user of UWFI, these findings support what I witness in my practice daily,” says Mark Kapperman, OD, in Chattanooga, TN. “Using this technology for DR screening programs is essential to earlier diagnosis and sight-saving treatment options. For patients in underserved or remote areas, the level of care should be the same as it would be in a large city. Having an integrated eyecare delivery model that can be facilitated by ocular telehealth programs is essential to delivering this level of patient care.” 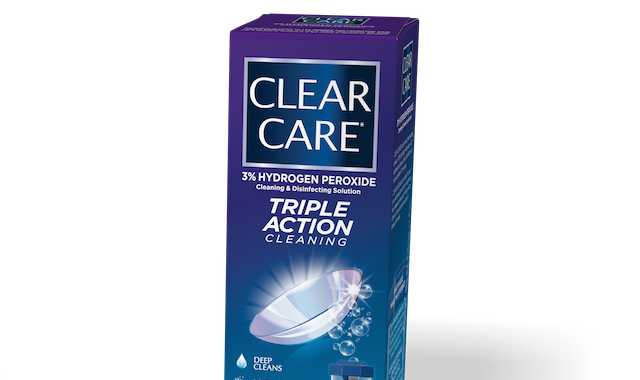 “Our study results indicated that Clear Care Solution is a good option for contact lens wearers that experience lid papillae,” says Christopher Lievens, OD, MS, FAAO, primary investigator at one of the study sites and chief of staff of The Eye Center at the Southern College of Optometry. “The solution was well tolerated by symptomatic contact lens wearers and showed a significant improvement in lid papillae.”

This randomized, controlled, investigator-masked, parallel group, multi-site study was conducted in 128 symptomatic contact lens wearers with mild to severe investigator-related palpebral roughness who were habitually using a biguanide-preserved multi-purpose solution. The subjects who used Clear Care during the study showed a significant improvement in lid papillae and symptoms compared to the subjects in the biguanide-preserved multi-purpose solution control group. 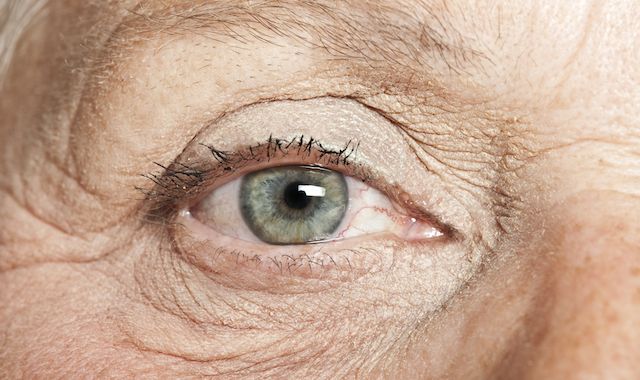 “We have already seen good evidence that Luminate can induce PVD in patients with diabetic macular edema,” says Baruch Kuppermann, MD, PhD, member of Allegro’s Scientific Advisory Board. “In early phase clinical studies to date, Luminate has been shown to be effective as monotherapy treatment and to meaningfully reduce the burden of intravitreal injections in DME and wet AMD.”

This Phase 2 study is a randomized, double-masked, placebo-controlled, multi-center dose-ranging trial to evaluate the safety and efficacy of intravitreal injections of Luminate in patients with non-proliferative DR. Patients will be randomized to one of four treatment groups that include three Luminate groups (1.0 mg, 2.0 mg, or 3.0 mg) and a placebo group. All study subjects will return for examinations every four weeks for three months. Total planned enrollment for the trial is 100 subjects.

Luminate treats vitreoretinal diseases by targeting integrin receptors involved in cell signaling and regulation and in the construction of new and aberrant blood vessels. By utilizing two mechanisms of action (anti-angiogenesis and vitreolysis), Luminate has been shown in clinical studies to date to effectively regress and inhibit new blood vessel formation, as well as reduce vascular leakage to maintain and restore vision. The drug is also in Phase 2 clinical trials for multiple indications, including diabetic macular edema (DME) and vitreomacular traction (VMT).

Next: Dry eye and allergic conjunctivitis helped by interleukin-1 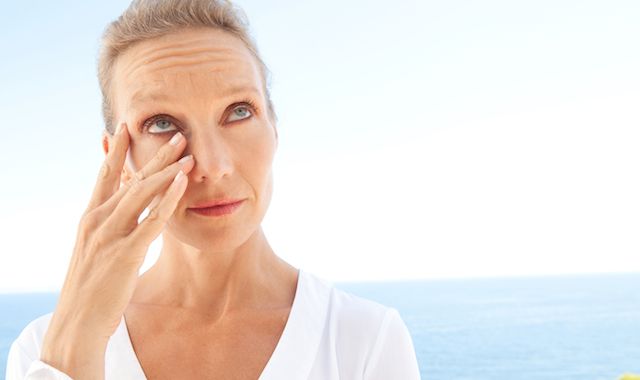 “We are pleased with these data, which further support the important role of interleukin-1 as a key target for ocular surface inflammation, offering a potential new therapy for the treatment of dry eye disease and allergic conjunctivitis,” says Abbie Celniker, PhD, president and CEO of Eleven Biotherapeutics. “We are looking forward to reporting top-line pivotal Phase 3 results for EBI-005 in dry eye disease later this quarter and initiating a Phase 3 study with EBI-005 in allergic conjunctivitis in the second half of this year.”

In an oral presentation, Michael H. Goldstein, MD, chief medical officer of Eleven Biotherapeutics, presented data from a Phase 2 study in subjects with moderate to severe allergic conjunctivitis in which EBI-005 was evaluated in two different clinical models adapted for the late phase inflammatory response.

Based on these data, EBI-005 will be evaluated utilizing a natural environment model in a planned Phase 3 allergic conjunctivitis study of EBI-005 in the second half of this year.

According to the study, EBI-005 demonstrated an effect in both dry eye disease and allergic conjunctivitis. Its effect relative to vehicle was more apparent in moderate to severe patients with dry eye disease with patient Ocular Surface Disease Index (OSDI) of greater than 23 and less than 50. The study also found EBI-005 reduced the need for rescue artificial tear use in dry eye disease.