“The future is as bright as it’s ever been as a combined company-we’ll have an incredible amount of resources,” says Actavis CEO Brett Saunders. Saunders, Allergan CEO David Pyott, spoke exclusively with Optometry Times about the Allergan acquisition.

“The future is as bright as it’s ever been as a combined company-we’ll have an incredible amount of resources,” says Actavis CEO Brent Saunders. Saunders, Allergan CEO David Pyott, spoke exclusively with Optometry Times about the Allergan acquisition. “We’ll continue to focus on driving our portfolio across the eyecare continuum. We’ll continue to invest in R&D. There’s still so much unmet need.”

Pyott says that Allergan has had the best year in its history, and products like Restatis (cyclosporine) and Lastacaft (alcaftadine) have helped make that possible.  “We don’t want to change a winning formula,” he says. “With customer service and interaction, there should be very little difference as the two companies come together.”

In the short term, little change will take place. Says Saunders: “Allergan will be committed to serving optometrists with education and great product flow. Long term, they know they have a partner who is committed to innovation and opportunities to better help them serve their patients.”

The deal with Actavis came after Valeant Pharmaceuticals made a number of attempts this year to take over Allergan-a move the leadership at Allergan tried to dodge over the last few months. But eyecare practitioners have been supportive of the company, Pyott says.

“When I went to meetings, and doctors asked me how they could help, I said, ‘Prescribe more of our products,’ and that reaction has been really positive,” Pyott says.

But Allergan’s fate could have been very different if the deal with Actavis hadn’t gone through, Pyott says.  “There was the risk of having the special stock holders meeting in December. We could have gone to a vote. There was a real risk that we could have had six of our directors voted out,” he says.

The last offer Valeant put forth was $200 per share, but Actavis won out with an offer of $219 per share. “I decided it was far better to enter into a negotiation where we would look at selling for a fair value. It’s clear that Valeant’s goal was to steal this company at a ridiculously low price.”

The deal with Actavis fell into place at the right time for Allergan; some news stories call Actavis the Allergan white knight. Saunders says he’s always looked at Allergan because it was always one of his major competitors-first when he was CEO of Bausch + Lomb and now at the helm of Actavis.

“I let David know that if he ever needed a friend, we were available,” he says.

But it wasn’t until more recently that the acquisition discussion came up between the companies. It helped, Saunders says, that the CEOs get along and the teams seem to fit together well.

Said Saunders: “We wanted a company with common values and common commitment not only to innovation and customer service. We wanted to enter therapeutic areas where we could be a leader, whether it’s neurology or ophthalmic or aesthetics. In some of those areas, we’re already working it. Eye health is a new category for Actavis, and we’re instantly a leader. We wanted to look for pipeline in all the therapeutic areas. We wanted to make sure we had talented people who could execute our goal of being the best growth company in pharma. Allergan got checkmarks.”

“Valeant’s plan was to cut about $900 million in R&D spending, which is quite a significant cut. We’re looking to cut $400 million out of $2.2 billion, about 18 percent, which is a dramatically smaller cut,” he says. “We’re looking to gain efficiencies of scale with R&D, like with clinical trial monitors and management or informatics, for that savings. There will be savings from programs. But that’s across the entire Actavis and Allergan portfolio. To be fair, if the R&D teams believe we need to spend more, then we ‘ll spend more. If R&D teams believe we should spend less, then we’ll spend less. We want to fund R&D where we feel we have a high probability of success.” 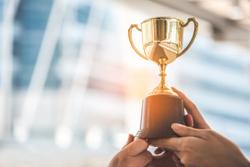 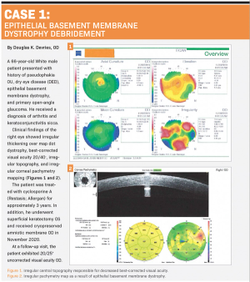 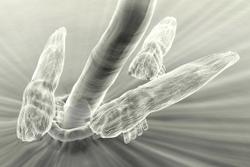 Demodex: Recognize it and treat it