How I found my mentors

Tami L. Hagemeyer, ABOC, is a certified optician with more than 35 years of experience. She is a national speaker who focuses on practice growth through communication and patient care..

I have been fortunate in my professional life to have not one but two mentors who have given me direction and helped expand my optical career into an amazing instrument of communication. I am now able to connect with my peers, and appreciate the opportunity to speak at various optical conferences.

I have been fortunate in my professional life to have not one but two mentors who have given me direction and helped expand my optical career into an amazing instrument of communication. I am now able to connect with my peers, and appreciate the opportunity to speak at optical conferences.

My youngest child was preparing for college, and, just like her three brothers before her, getting ready to “leave the nest,” a process which I knew only too well. I felt totally ready to embark on my life with just the two of us, my husband and myself. With friends telling me it would become my “new normal,” I felt consoled.

Related: Help your patients out of their optical comfort zone

My quiet professional life had become a little too quiet. I had worked in a comfortable private practice for many years, and was beginning to become a little complacent. I began to feel restless.

I thought it would pass; after all, I felt well respected and had earned the trust of my peers as well as that of many patients. But it didn’t pass. Although I went through the motions of my day-to-day activities, I continued to suspect that there was more for me to do.

I found myself looking for opportunities but felt limited by my abilities. At the time I thought because I had invested many years to my optical career, I was somehow too far gone to learn anything new. I felt my years of experience would hold me back; I may be incapable of becoming the professional I wanted to be.

It was at my lowest emotional point when I found an ad in our local newspaper. A practice was looking for an optician; it was close to home and sounded perfect. At first I did not respond, but I began to work on my resume. With as much courage as I could muster, giving my resume one last look, I went to the address from the ad and dropped it off.

After handing it to the team member behind the desk, I remember thinking about turning around and saying, “I’m sure I made a mistake, and I would like my resume back!” But I didn’t say it, and with the awareness of both dread and excitement I held my head up, returned to my car, and drove from the parking lot straight to the local coffee shop.

I ordered my coffee and sat there for what seemed like hours. I just sat there! My thoughts were a little muddled. I knew it was time for a change, but was it time for a change? After all, this was the next phase in my life; it was time to relax…right? What was I worried about, it was just a resume, and they probably won’t even call…right? I finished my coffee, reclaimed my jumbled thoughts, and drove home.

Related: How to prevent no-shows in your practice

I was almost home when I received the call. I almost didn’t answer and let it go to voicemail, but I did answer. The person on the other end said he had reviewed my resume and would love the opportunity to speak to me in person. Now, this was serious! I would have to meet with him-my most dreaded thought was an interview. I can’t possibly have an interview; it had been more than 17 years since my last interview!

As these thoughts began to whirl around my again poor scattered brain, I calmly scheduled a time to meet with him. I did, however, give myself a few days in between to prepare for my (yikes!) interview.

On the day of the interview I felt strangely calm, a little apprehensive maybe, but the feeling that I was about to embark on a new journey was beginning to pique my interest. When I arrived, I took some time to look at my surroundings. The office itself looked normal enough. It was a late winter afternoon and beginning to get dark. The office had a warm glow, and it felt homey and comfortable.

Meeting the doctor for the interview would prove to be just as comfortable. I found that we hit it off, and we talked for more than an hour. I remember thinking, as I walked out into the night, that it was a good interview. I actually smiled as I drove home. My feeling of dread was gone, replaced by a sensation of accomplishment.

After a few weeks, I was offered the job. This was a pretty exciting time for me until I had the ridiculous thought that after more than 20 years of experience, I was about to become the “new girl.”

My transition into new employee status was painless. It wasn’t long before I felt like part of this amazing new team. My positivity when interacting with patients impressed our office manager, and within a few months, I was asked to speak to my team at our weekly office meeting to share my ideas.

Following the meeting, when the doctor asked if I enjoyed speaking to the team, my response was, “Yes, it was fun!” He then asked if I would be interested in speaking at eye conferences.

“What, speak in front of more than a few of my peers? No, thank you!” I replied.

He laughed and asked me to think about it. The thought sent shivers down my spine. I was sure I would faint or at the very least make a complete fool of myself, so the subject was closed. Or so I thought.

That night, I asked my family their thoughts on the subject. To my surprise, they responded almost in unison that I would be great at speaking, and I should re-consider and “give it a try.”

With the help of the doctor, who had now become my new mentor, I developed a two-hour workshop on frame adjustment and repair.

Related: The false security of a full schedule

The morning of my first conference, I arrived at the assigned room about 45 minutes early and began to set up for my class. I arranged the tools for the attendees to use, it all looked great, and I felt ready.

As time passed, I began to wonder why no one came into the room. Maybe no one signed up for my class. That’s when I got a text-the room had been changed, and I was in the wrong room!

The first person I called was my mentor. He ran to help me move. It reminded me of the optical cavalry-we ran into the correct room with about two minutes to spare! In the end, I had an incredible class and received positive evaluations. It was an amazing experience.

During the same conference, I became acquainted with my second mentor. Attending his jam-packed class, I found his speaking to be incredibly informative and engaging. I immediately respected his thoughts, and I knew his support would be invaluable.

Following the class, I approached him. I told him my brief speaking history and asked advice on building my new career. He responded with many views and ideas that have helped him become a well-loved speaker. He encouraged me to remain in contact with him because he had additional thoughts. I have continued our communication, and he has given me invaluable advice with numerous recommendations and referrals.

To say these two individuals have became mentors to me feels like an understatement. They have become my friends, counselors, coaches and mentors!

Their guidance and advice have helped to build my confidence. They have encouraged a continued growth for my pursuit in whatever I choose to do or wherever I may go with my optical career, which has become truly limitless. 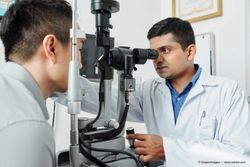 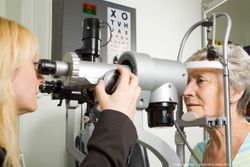