What a long, hot summer this is turning out to be. The country burns with both literal and figurative fever.

There is a point in a marathon, around the 20-mile mark, when the body runs low on glycogen, no matter how much it has refueled along the way. This phenomenon is called the “wall” because that is what it feels like you are running into—over and over. Having encountered it myself, I can attest it is real.

I think we have hit the “wall” as a country. The past few weeks have been horrific: an out-of-control pandemic combined with civil and political unrest spilling into the streets in the wake of a murder of a black man, George Floyd, by a white police officer. It has us all breathing harder and trying to lift our legs, which suddenly seem as heavy as marble.

I have a son who is a police officer and SWAT team member, but he is also considered one of his department’s best de-escalators. He is a bona-fide hero, cited for performance “above and beyond” and awarded Officer of the Year in his department for pulling a young woman from the mangled wreckage of her burning car just moments before she would have been consumed.

He knows how to shoot tear gas and rubber bullets (among other things), but I still hate potentially blinding “kinetic impact projectiles” or chemical agents such as tear gas that cause acute pain and vision loss. As an optometrist, the use of either cuts against my natural grain and healer’s oath.

My son and I do not exactly see eye to eye on the topic of their use, but we both understand and accept the points the other makes. I want him to come home safely after each shift; he is not looking to hurt anyone, but he sometimes has difficult choices to make in order to be able to carry out his sworn duty to “protect and serve.” At no point in the last few weeks was he tasked with crowd control duty, and I was thankful.

I have another son, a Renaissance dude and gentle soul with a wide-ranging mind who works in a profession where nobody carries weapons but instead always “seeks solutions satisfactory for all.” He attended a local, peaceful protest, both in solidarity to the cause of racial justice and as an observer, to judge for himself how the crowd and police behaved.

The crowd was told to disperse, they did not, and things went to pot. Rubber bullets and tear gas were fired, indiscriminately at times, into the crowd. No bullets hit him, but he did have to walk through some clouds of tear gas on the way back to his truck. Fortunately, he was fine.

His observation was that police inexperienced in crowd control, but wired with adrenaline and dressed for battle, and a handful of protestors throwing plastic bottles containing “unknown substances” both contributed to lighting the powder keg.

So, what is an OD dad to do, in such a situation?

Well, for starters, talk it out. I asked my police officer son (because I wanted to educate myself) about the protocol and rules of engagement for crowd control and dispersal, particularly the “indications” for use of rubber bullets and tear gas.

He believes that such means are necessary at times to avoid using outright lethal force but also acknowledged that neither should be used indiscriminately (or incorrectly, like aiming rubber bullets above the waist), and in recent weeks, too often were.

According to the Wall Street Journal, as of June 13, 2020, at least 20 protestors had suffered traumatic eye injuries from rubber bullets.1 George Williams, MD, a retina specialist representing the American Academy of Ophthalmology, stated nearly all those injured will lose the impacted eye or suffer permanent vision loss.1

I explain to “police officer son” that a rubber bullet hitting an eye is, as Dr. Williams goes on to say, “like a hammer smashing a grape.” He pauses on the other end of the phone, then says, “I get it, Dad.”

I remind “protestor son” that his brother is a good cop, knows his stuff, and is always going to try to use as little force as possible to get the job done. He knows that already, of course, and is proud of him, but I know he worries about him. I do, too.

I ask him if he wore eye protection to the protest. He gets that “I’m so busted” look in his eyes and says, “Uh, no,” and I say, “Well, if you do it again, wear your goggles, doofus.”

I said that to several people. I tweeted information on how to avoid eye injuries during protests and how to treat them should they occur.

I did so, not to choose a side (how can you when you have skin in the game “playing for both teams?”) but to exercise what I believed was my duty as an optometrist and a member of the healing professions.

As it turns out, I was acting in concert with our colleagues in the American Academy of Ophthalmology who took their strongest public policy stance on an issue since the organization’s inception in 1896, calling on domestic law enforcement officials to “immediately end the use of rubber bullets and similar projectiles to control or disperse crowds of protesters.”2

It was a gutsy move, but their leadership took a stand on an urgent public health issue that probably angered some of their rank-and-file members.

Sure, I wish some of our optometric organizations would issue similar statements, but I know my people.

We ODs are a 40,000-plus strong herd of straying cats who has night terrors over the latest Federal Trade Commission (FTC) contact lens ruling that didn’t go our way. We can’t agree on the need for, or definition of “board certification,” much less a matter of urgency and importance.

Related: Telemedicine in the face of COVID-19

You know how many relevant hits you get when you Google “optometry, rubber bullets?” Nada.

And we get bent out of shape when people don’t know who we are, what we do, “diss” us, and treat us like “little brother.”

Sigh. Move along, nothing to see here. 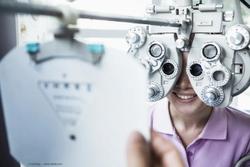 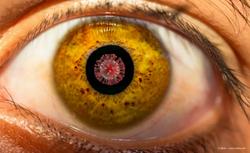 Pupillary size variations in cases of active and resolved COVID-19