Check out our interview with Dr. Leslie O'Dell.

I grew up in York, PA, which is where both of the practices that I worked at since graduating are located. I never thought I would come back to York or work in York, but here I am. Having family close by now that I have my own children has been really a blessing because it allows for me to work and not have to worry about who’s taking care of the kids. Both my husband and I were born and raised in York.

When did you know you wanted to study optometry?

I was on a biology/medical path and the University of Delaware was set up with a transition to Thomas Jefferson University for medical school, which I had been accepted to early in my undergrad career. Then as a junior, I just didn’t think I wanted to devote that much more time before I could start working. I started looking at other avenues of practicing medicine-from dentistry to physician assistant to optometry-and decided I really didn’t want to be working in people’s mouths or on people’s feet. Physician assistant seemed a little overwhelming at the time. Optometry was something I was familiar with-I wore glasses myself so I had been to an optometrist since I was 7 or 8 years old. And I really liked my optometrist growing up-he seemed to have a good family life and work balance. I made my decision in my junior year of college. 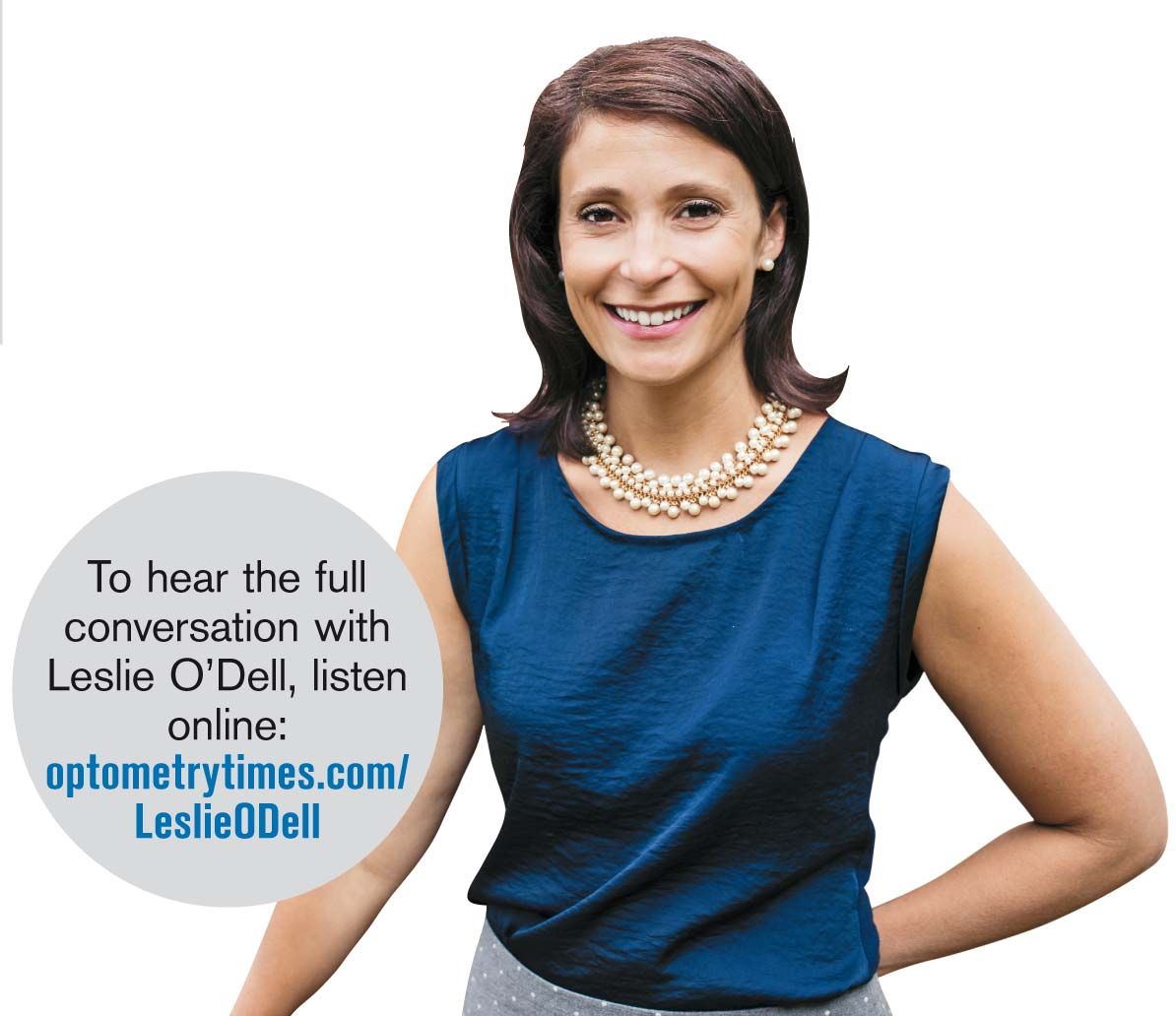 I went on to do a residency at the Baltimore VA hospital, which was highly focused on disease, pathology of the retina, and glaucoma. So I came out guns blazing, ready to go, treating any kind of eye disease that would come into the medical group I started with. Then I found out most everybody was coming in with red eye complaints that were really dry eye complaints which were not being treated or recognized. I started to switch gears a little bit and focus more on the anterior segment, and I found it to be really rewarding. Honestly, my career started when dry eye really started gaining some momentum. It was kind of an interesting time and easy to jump on board and learn as much as I could because everyone was learning at the same time. I started practicing right about the time Restasis was FDA approved (2002) and all this boom in research was starting.

Next: What keeps you involved with the academia side?

What keeps you involved with the academia side?

Academics is something that I love. One thing I love about optometry is that you’re always learning. On my second or third year working out of residency, I said I want to get students in here because I knew it was going to keep my skills sharp and that just rolled into the adjunct faculty with Salus. We are also set up as an anterior segment site for them, as well. So the students who want to get a good background with dry eye before they enter their careers have really learned a lot within our practice.

Have you ever been tempted to leave private practice for full-time academia?

No, but I am in the midst of a change. I don’t think right now I’m going to switch gears to academics, but writing and speaking gives me that sense. And also having the externships really helps.

Pharmaceuticals and ocular surface diseases- should there be certified optometric specialists?

I think there should. I that’s a long time coming. But I look to my colleagues for a lot of things. Some of them are much better versed in contact lenses than I am. Pediatrics, you know I would send them to any of my colleagues who are pediatric specialists who diagnose vision problems in younger children. And I feel the same is true for glaucoma and retinal conditions. Dry eye for sure is an area that we could really utilize each other and build off each other’s skill sets because I’m finding it hard to be an expert in all areas.

How do you balance getting more involved in the profession with seeing patients and raising a family?

That has certainly proved to be a challenge for me. I think I am finally finding a good balance after two kids, and now they’re getting some age on them, which really helps so I get more sleep at night. Honestly, I think that that has helped me in a really positive way. Prior to kids, I was full time every day in the office seeing patients, coming home with really not a lot of extra time or energy or really desire for anything besides getting up to do it the next day. But after having kids, I’ve had first a day at home and now a couple days at home. Now, it’s almost like I unplugged at bit and that opened up a whole other side of me. I have time to write, and I’ve been able to get a lot more involved in things. I think it’s good because now I have a definite work balance with my home, and it’s pretty intermixed as well.

Next: What's something that your colleagues don't know about you?

What’s something your colleague don’t know about you?

I like to do stand-up paddle boarding. It’s a good way to relax and get a little bit of exercise, and you get to see pretty scenery wherever you get to do it. We vacation a lot in this little place called Joe’s Pond in upper Vermont. Fortunately, I can paddle board at some of the local lakes where we live. We’re the only ones out there, but it’s still fun.

What are your three goals for the next year?

I want to join this new practice and really dig deep to launch a dry eye specialty within the practice, and I think that’s a good a goal. I want to continue writing for publications on things that I think are important for my colleagues. And actually, I’ve kind of already achieved this goal, but I was asked to be part of the Dry Eye Workshop Part 2 (DEWS 2). I’m on the public awareness committee to raise awareness for what they’re doing to get the word out about what dry eye is and that it is a disease.

What’s one thing you would change about optometry as it stands now?

It’s frustrating that we are individualized by state. In Pennsylvania, looking forward, is this new dry eye medicine going to become available in the new year and then I have to wait six months or for some crazy laws before we can start to use it? I know that’s sort of universal, everyone across the country everyone’s dealing with something. I guess the only thing I would change is to be able to do what we’re able to do without so many red-tape roadblocks. Fortunately, we have all the doctors who work on the AOA legislative department working all those angles for us.

What is craziest thing you’ve ever done?

The craziest thing I have ever done was study abroad in college in South Africa. All of the craziest things I have ever done are summed up in those seven weeks in South Africa. But the craziest of all: We were on a safari, and we were getting into our little bungalow that we were staying in, me and my good friend from college, and we were face to face with a black mamba in the room. I must not have a fear of snakes because I didn’t think to be afraid. She was screaming, I was just laughing, and we ran out to get the guides. They had to come in with guns, killed the snake right front of us, and said we would have been dead within 40 minutes if either one of us would have been bitten by it. That was pretty crazy. [Laughs] We worked in an AIDS orphanage while we were there, I don’t even know what that course was called, but we had to write a paper about it when we got back.  It was a great trip but I don’t think I’m ever sending my kids on foreign study. [Laughs]