With that said, there is much research being conducted in the quest for cures for potentially blinding diseases, and there needs to be a lot more. However, proper and thorough research simply costs money-a lot of money.

HR 6421
A new bill, HR 6421: The Faster Treatments and Cures for Eye Diseases Act, may change that. Under this bill, the National Eye Institute, which is under the direction of the National Institutes of Health, would receive funding to conduct research on eye diseases, including glaucoma, age-related macular degenerations, sickle cell retinopathy, and combat-related blinding injuries.

HR 6421 was introduced in July 2018 with bipartisan support and has been referred to the House Committee on Energy and Commerce. The bill in its current form would enable private funding directly to the National Eye Institute in an interesting way-through the purchase and sale of “eye bonds.”

Eye bonds
Like traditional bonds, eye bonds would be able to be purchased as investments. The revenue from the sale of these bonds would go directly to the National Eye Institute for research on eye diseases selected by the National Institutes of Health.

The idea is that when the bonds come due, the research conducted by the National Eye Institute will have progressed enough to be eligible for other modes of funding. The bonds would have a limited backing from the federal government. According to www.eyebonds.com, taxpayer money is not expected to be a part of this process.

The research that would benefit most from HR 6421 is commonly referred to as translational research. It is known as such because it is intended to translate research conducted in vitro to novel therapies that may have potentially tangible results in humans. The financial bridge to that point in research can be difficult to overcome because investors prefer to invest in research which already holds significant promise. Of note, the amount of money allocated to scientific research from the sale of so-called eye bonds would be up to $1 billion over a period of four years, with no more than $250 million being allocated in a single year.

At the time this editorial was written, the bill had garnered 18 cosponsors split almost evenly across the party aisle. I contacted my U.S. Representative to ask for his support. Such bills tend to take time to gain momentum in the form of cosponsorship and passage out of committee, and this bill appears to be off to a good start. 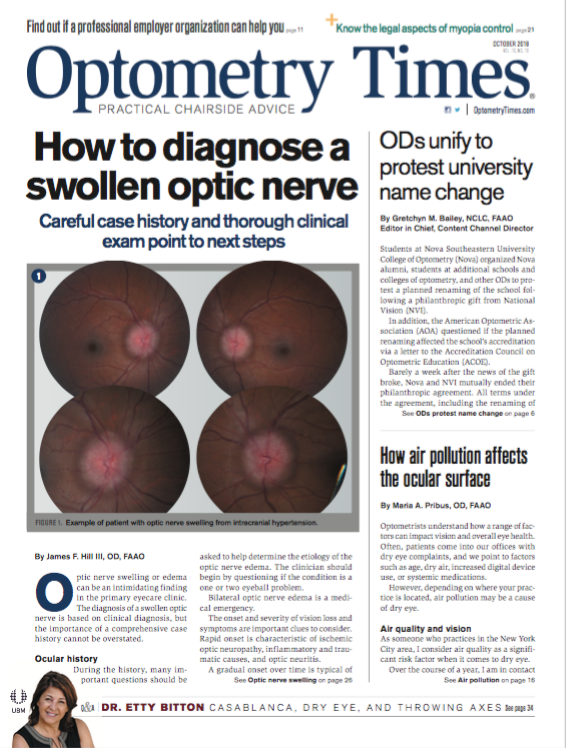