What OCTA shows us

Optical coherence tomography angiography (OCTA) was introduced commercially in 2015,1 and it ushered in a different way of viewing retinal and choroidal vasculature.

Utilizing optical coherence tomography (OCT) technology, OCTA detects and illustrates movement in ocular structures in the posterior segment of the eye. The method is simple: Sequential OCT scans are acquired, and any change between these scans is considered movement.

For the most part, the only moving structure in the posterior segment is blood and its particles. The variation in the phase and/or the intensity of the backscattered light is then determined based on the comparison of the multiple B-scans in each section.

Because the particles moving in blood cause the most variation in the phase and intensity of backscattered light, blood vessels appear the brightest on OCTA images, while static tissue (retinal structures, non-moving structures) appear dark.

The resulting image closely mimics an early fluorescein angiogram because normal vasculature is illustrated in white (or false color). Because OCTA uses OCT technology, it is subject to the same rule: Anything that affects light (such as dry eye or cataract) will affect the image.

A large amount of burden is placed on the imager-usually technicians-because the amount of data captured in a scan is more than the clinician, or interpreter of the images, can feasibly decipher. It is up to the imager to understand the disease pathology and what layer of the retina pathology may be found to allow for the imager to highlight those specific layers for the clinician.

Learn more about OCTA and what the images show in order to capture better images.

How it works
The scan terminology of OCT may be confusing because single line scans are termed “B-scans,” which are typically a composite of several “A-scans.” See Figure 1.

OCTA uses the 3-D aspect of volumetric OCT to create an image. However, OCT scans the X and Y axis, while OCTA scans X, Y, and Z axes. This Z axis gives clinicians the ability to determine depth of vascular structure.

It is important to point out that OCTA does not measure blood flow or rate of flow, only that there is movement in the vessel at the particular moment in time that the sequential scans were taken.

For example, if a final image of an OCTA shows a vessel that appears black instead of white, that indicates no change between scans at that particular moment. One cannot assume there is no perfusion in that vessel. In the case of smaller capillaries, it is not uncommon to see vessels present as black on one final image and white when re-acquired.

Although OCTA detects most movement in the blood vessels, it is possible that blood movement can be too slow or too fast for OCTA to detect. It is for this reason that vessels imaged by OCTA, which are black, are termed areas of “presumed impaired perfusion” (PIP) rather than “non-perfusion.” The latter term is generally incorrect and should be avoided.

Dye angiography is required in order to confirm there is no perfusion in a vessel, which is a major reason why OCTA should be considered an adjunct for dye angiography, not a replacement.2Related: Imaging aids in differential diagnosis of uncommon disease

OCTA layers
With the ability to determine the depth of vasculature structure, the clinician can determine in which anatomical layer active vessels sit. The 3-D image is displayed in two dimensions, therefore false color is assigned to vasculature, which allows separation of vascular structures.

Because OCTA is a linear scan, parafoveal vessels-which are technically at the superficial vascular level-will appear a different color because the OCTA software assumes the vessels are at a deeper level, when in fact they are within the same anatomical structure as superficial vessels but are on the slope of the foveal depression. See Figures 2-4 (below).

These are the separate vascular layers imaged on OCTA.

Superficial retinal vasculature
This structure is the innermost vascular layer of the retina and is what we visualize when viewing fundus photographs or fluorescein angiography. This vascular layer consists of large retinal vessels and the smaller capillaries that make up the foveal avascular zone. Consisting of the capillary vascular plexus we see on fluorescein angiography, this layer is located within the ganglion cell layer and-along with the deep retinal plexus-make up the vascularity in the neurosensory retina.3

However, with OCTA we are now able to view the vascular structure independently without the interference or blockage of the superficial retinal vasculature.

Avascular layer
This layer is defined as the area between the outer plexiform layer in the inner border and the ellipsoid zone or Bruch’s membrane in the outer border.5 In the absence of disease, this area is void of vasculature; however, when neovascularization forms-typically from exudative macular degeneration-the source of these neovascular membranes may start in the choroid and proliferate through a break in Bruch’s membrane. The resulting neovascularization would be identifiable in the avascular layer on OCTA.

Choriocapillaris
This layer refers to the smaller choroidal vessels found under Bruch’s membrane. Neovascular membranes from exudative macular degeneration may be isolated in this layer by OCTA, and the source of that membrane may also be identifiable in the choriocapillaris.

Choroid
The larger choroidal vessels make up this layer, which extends posteriorly to the sclera. Due to the nature of OCTA technology, the light used to image is scattered and attenuated by the retinal pigment epithelium and the choriocapillaris, above the choroid, which reduces the ability to image choroidal vessels. See Figure 5.

Analyzing OCTA images
OCTA images are viewed en face, which is viewing the tissue in multiple “coronal” slices or “on the face.” This is the same orientation at which standard fundus photographs are taken and presented.

Each “slice” of information utilizes multiple B-scans, and as the software scans through the retina in the Z axis, the accumulative B-scans (typically 250 or more) are analyzed and the image produced.

Multiple B-scans taken in the Z axis allows the user to “scroll” through the retina by viewing the B-scans individually and moving through the retinal layers. The major advantage of this is the ability to isolate singular “slabs” of the retina to view motion activity in the vessels in that one linear slice.

One factor that plays into image analysis is the overall size of the area of the posterior pole that is sampled. Typically, the default smallest area is measured at 3 mm x 3 mm, and the amount of data points that is used to provide data to produce an image is the same, regardless of the total area scanned.

Related: The case of the scarred retinaFor example, if a 3 mm x 3 mm scan utilizes 250 B-scans to produce an overall image, larger areas, such as 8 mm x 8 mm or 12 mm x 12 mm, utilizes the same number of B-scans. However, the data points used to assemble the B-scans are moved farther apart to accommodate the increased area. The result of the process of “stretching” data points is an image that may appear as being of lower resolution. (Figure 6)

This is an incorrect assumption because the resolution, which is defined as the measurement of pixels or data points, is the same with any OCTA image, regardless of the area size. The software algorithm, in its attempt to correct for larger areas of missing data between data points, assesses the surrounding data and fills in missing data by interpolation. The resulting image then appears to be lower in resolution than smaller area scans.

For the clinician, this concept is important to understand. In subtle disease processes, one may choose to utilize a smaller scan area that uses more true data to find subtle pathology. See Figure 6.

Because OCTA images using OCT technology, single line scans, or B-scans, are still part of the analysis of OCTA imaging. Most software will assign a false color to any movement in a particular B-scan image, and this modality is typically underutilized.

For example, if B-scan image shows a retinal pigment epithelial detachment (RPED) in a case of exudative age-related macular degeneration (AMD), and the OCTA B-scan detects movement under the RPE, this may indicate active neovascularization (Figure 7).

Related: OCT angiography: Where are we, and what do we need to learn?

How OCTA helps
The advantage of viewing the anatomical and vascular structures throughout the retina and choroid cannot be understated. Dynamic imaging of the retina and choroidal vasculature, through traditional dye angiography, has been the gold standard of disease diagnosis and vascular integrity. With OCTA, one can visualize the smallest capillary without blockage or hindrance from fluorescence.


The ability to scroll through “slabs” or levels of the retina and view vascular activity is a tremendous advantage when imaging retinal angiomatous proliferation (RAP) lesions. These subretinal neovascular membranes have a retinal vascular source instead of the typical choroidal vascular source.2

OCTA allows imaging of the lesion in the subretinal space, then following the primary vascular source back to the retinal vasculature. In the absence of a break in Bruch’s membrane, or RPE, along with the presence of intraretinal fluid on OCT, a diagnosis of RAP is almost assured.6Related: Parafoveal retinal vessel density assessment by OCTA in healthy eyes

OCTA is very helpful in diagnosing retinal vasculature disease as well. Diabetic retinopathy can present in a number of ways: capillary non-perfusion, neovascularization, and microaneurysms. OCTA is a valuable tool in identifying all of these pathologies without the need for dye injection. See Figure 9.


Macular telangiectasia, or mac tel, which presents as parafoveal capillary dropout and aneurysmal changes,7 is another retinal disease that is easily identified on OCTA without the blockage from leaking fluorescein dye during standard dye angiography.

There is a lot to learn about viewing active vascularity in vivo, but it appears that some retinal vascular pathology, such as mac tel and vascular occlusive disease, may affect the deep retinal plexus more than the superficial vasculature (Figure 10).8

Clinical use of OCTA is still in early stages, and even seasoned and knowledgeable imagers are learning new things, finding new ways to view pathology, and contributing to the greater scientific community by sharing ideas and findings. 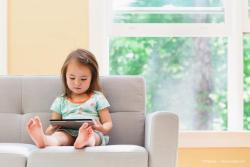 AAOpt 2022: Retinal imaging: Know how to optimize the technology in your practice
Advertisement