Why AMD supplementation should not be casual

The treatment of age-related macular degeneration (AMD) with supplements shouldn't be left to chance. Stuart Richer, OD, PhD, FAAO, discusses why gambling with AMD supplementation may be risky.

Editor’s note: This article has been updated with additional information for clarity.

I disagree with an ongoing claim that supplementation with three retinal carotenoids (lutein [L], zeaxanthin [Z], meso-zeaxanthin [MZ]) on a long-term basis, is superior to supplementing with only two dietary carotenoids (L and Z).1 At the same time I’m excited about the potential short-term use of fovea-targeted supplementation, either Z or MZ, in late-stage AMD.

What CREST 2 tells us

CREST 2 evaluated the impact of supplementation with all three macular carotenoids in early AMD.3 MZ is important because, along with its dietary isomer Z, it is concentrated mostly in the fovea. MZ is not present in any other ocular or systemic tissue, including skin and brain, and there is no common dietary source. There is an ongoing debate, concerning whether MZ is synthetic, semi-synthetic or pharmacologic.

The primary CREST 2 outcome measure was letter contrast sensitivity (CS) at six cycles per degree-which is different from the high spatial frequencies typically employed during routine eye exams. CS, not visual acuity, is closer to how patients see in everyday life.

CREST 2 showed no difference in this primary outcome (p=0.88). The global improvement in CS and each of the secondary measures of visual function were virtually identical with or without the addition of 10 mg MZ. Indeed, multiple prior studies have shown that AREDS-dosed xanthophyll carotenoid (L and Z) supplementation improves CS without the 10 mg MZ used in the CREST 2 study.5-10

Paul Bernstein, MD, PhD, and his team at the Moran Institute in Salt Lake City, UT, have looked at both transporter and retinal binding proteins for the three retinal carotenoids. As part of that research, they demonstrated the ubiquitous isomerase enzyme RPE65 is responsible for the conversion of L to MZ in vertebrates, implying that retinal MZ is readily available to those who supplement with L 11,12

This is a unique role for RPE65 beyond its well-known isomerization of all-trans-retinyl esters to 11-cis-retinol in the vertebrate visual cycle.12 The conversion occurs in the retinal pigment epithelium (RPE).13 L is considered so important for eye and brain health that a new publication calls for the establishment of a Dietary Reference Intake (DRI).14

Lost in conversation among retinal specialists and unnoticed by competition among supplement manufacturers is evidence that these two molecules target the fovea and complement intravitreal injections. Specifically, two high-dose Z AMD published clinical studies show an improvement in vision, reduction in fellow eye neovascularization, and decrease in treatment cycles over a two-year time frame.15,16

However, information shared from the podium at a January continuing education meeting offered new insight. Retinal specialist Michael Tolentino, MD, showed case reports (n=38, unpublished) of several high-risk AMD patients cotreated with both anti-VEGF agents and MLZ. Within his clinical practice, Dr. Tolentino said he typically lengthens the anti-VEGF treatment interval from six weeks to as long as six months.17 Further studies are needed to evaluate MLZ and high-dose Z in this context.

This is concerning because dietary L and Z have recently emerged as crucial, if not essential, brain nutrients.18,19 More work needs to be done addressing the issue of carotenoid competition. To be fair, high Z supplementation could theoretically decrease serum L and should be studied in controlled nutritional studies.

Our laboratory has published preliminary imaging evidence to the contrary.20 In a few patients, dietary Z was capable of normalizing central foveal macular pigment dips. It is likely 2 mg of dietary Z employed within AREDS II and CREST 2 may not be adequate-especially considering the 1:1:1 ratio of L:Z:MZ found in the human fovea.

My current understanding is that cosupplementing with high-dose Z or MLZ (containing M, the stereoisomer of dietary Z) may in the short term enhance current AMD management and may potentially diminish the number of intravitreal injections. The National Eye Institute should play a role in sorting this out in well-controlled, carefully designed post AREDS II high-dose Z studies.

1. Dierker D. What Are Carotenoids-And Are Two of Them Enough? Optometric Management. Available at: https://www.optometricmanagement.com/newsletters/nutritional-insights-for-clinical-practice/november-2017. Accessed 1/11/18. 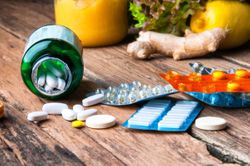 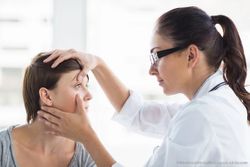 Prevention, artificial intelligence, and the future of optometry

Go beyond fish oil with astaxanthin in krill oil