We had better wake up fast to address this multifactorial problem.

What in the world, literally, are we going to do about the diabetes pandemic? This multifactorial problem requires multifaceted solutions targeting myriad etiological factors.

Though focused lifestyle interventions like the Diabetes Prevention Program (150 minutes of walking per week with the goal of losing five to seven percent of body weight) have been shown to delay the onset of diabetes significantly in high-risk patients, most of these subjects ultimately developed diabetes within 15 years of this intervention.1

Moreover, there is only limited evidence for implementing these strategies and changing bad outcomes in real-world settings.2

Although some medications decrease the risk of diabetes (e.g. metformin, pioglitazone, and weight-loss drugs), they can have significant side effects and may not be effective long-term.3

In fact, some evidence suggests population rates of diabetes and death from diabetes decline when economic downturns have forced people to eat less food (due to both scarcity and higher costs).4,5

There is no single magic bullet.

• Meaningful economic incentives to exercise and to design our communities, schools and workplaces to promote physical activity

• Massive economic incentives to produce and eat a variety of genuinely nutritious foods and in moderation (following Michael Pollan’s great advice-that is, eat real food, not too much, mostly plants)

• Significant, collaborative, and cooperative multinational and multidisciplinary environmental change (both “carrots” and “sticks”) to reduce factors determined to be reasonably contributory by the body of scientific evidence.

To this end, we need public advocates, we need leadership, and we need to wake up-the sooner the better.

Looking at the numbers

The Lancet estimates that 422 million people worldwide had diabetes in 2012.6 Data were extrapolated from more than 751 population-based studies of diabetes prevalence from 146 different countries.

This shocking prevalence has grown nearly four times over 32 years (from 108 million cases in 1980), and evidence suggests that new cases of diabetes are now predominantly affecting middle- to poorer-income countries, contrary to previous assertions that diabetes was a disease affecting primarily affluent, developed nations.

China and India have the largest numbers of people living with diabetes (100 million and 70 million, respectively), figures that are being attributed to a growing middle class that is more likely to be sedentary and consume excess calories (both increasingly Westernized diets and increased intake of habitual foods).

Moreover, evidence suggests that Asian people are more likely to develop diabetes at lower body weight than those of European ancestry.7

Diabetes incorporates many risk factors into the disease.

Additional factors linked to the diabetes epidemic include:

• Reduced availability of diverse plant foods and the panoply of nutrients they contain8 (three crops account for the majority of food energy globally-wheat, rice and corn9)

• Depletion of phytonutrients from soil resulting from industrialized agricultural practices10

• Rising costs of fruits and vegetables14

Other important risk factors may include:

• Decreased sleep18 and increased exposure to light at night,19 both of which have been shown to cause metabolic disturbances linked to diabetes

• Increased dietary consumption of added sugars20 (a phenomenon linked to diabetes more tightly than is obesity-at the population level, each 150 Kcal increase in added sugars per day [the equivalent of a 12-ounce can of sugar-sweetened soda] increases population prevalence of diabetes 1.1 percent, which in the U.S. means about 3.9 million additional cases of diabetes)

The cost of care

Diabetes care (office visits, hospitalizations, medical tests, medications) cost the world economy about $825 billion international dollars in 2014 for treatment and management (the U.S. accounted for $105 billion of this figure, which did not include indirect costs such as lost economic productivity-a number that is significantly higher in the U.S.,22 where every new case increases lifetime medical expenses $283,000 on average).

Equally troubling is strong evidence showing genetic and epigenetic predispositions toward type 2 diabetes from both injurious childhood exposures and changes in maternal mitochondrial DNA that guarantee transmission of type 2 diabetes to future generations.24

Even though good metabolic control reduces the risk of complications, it does not eliminate them or the risk of death and disability, particularly in poorer nations.

In fact, the global number of cases of diabetic eye disease is already at a level with which healthcare professionals cannot keep pace.25

Conservative estimates are that 46 percent of people who now have diabetes have not yet been diagnosed26 (28 percent in the U.S.), a number directly extrapolated from the prevalence of retinopathy at diagnosis. Obviously, the most effective way to reduce the human and financial cost of diabetes, including vision loss, is to prevent people from developing diabetes in the first place. 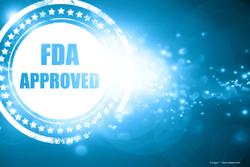