Importance of adherence and follow-up in patients with diabetic retinopathy

A 37-year-old male came to my office for the first time in 2014 for a diabetes eye examination at the insistence of his primary-care provider (PCP).

A 37-year-old male came to my office for the first time in 2014 for a diabetes eye examination at the insistence of his primary-care provider (PCP). He had been diagnosed with type 1 diabetes at age 11 and was using multiple daily doses of insulin aspart (Humalog, Lilly) along with insulin glargine (Lantus, Sanofi).

His HbA1c was 7.9 percent (equivalent to an average blood glucose of 204 mg/dl), and he reported fluctuating vision over the last several months. He said his last eye examination was three to four years prior and had shown no problems. His best-corrected visual acuities were 20/20 in each eye, intraocular pressures were 19 mm Hg, pupils were somewhat sluggish without afferent defect, and the anterior segment showed a normal cornea, iris, and conjunctiva with peripheral cortical lens spoking after dilation.

His retinal examination was much more worrisome, with scattered intra-retinal hemorrhages in the macula and periphery, multiple microaneurysms in the macula without macular edema, and neovascularization of both optic nerves (Figure 1, right) and with fibrovascular scaffolding (Figure 1, left).

I explained my findings to the patient and told him that without treatment, he had a high risk of permanent vision loss. I sent a report to his PCP, and he was referred for immediate consultation with a local retinal specialist who saw him two days later and initiated treatment with intravitreal bevacizumab (Avastin, Genentech).

Though panretinal laser has been the gold standard for treatment of proliferative diabetic retinopathy for 40 years, I knew that anti-VEGF therapy was increasingly being used for proliferative diabetic retinopathy (PDR), especially when patients also had diabetic macular edema (DME). In fact, Diabetic Retinopathy Clinical Research Network (DRCR.net) protocol S has shown that anti-VEGF therapy up to every four weeks with ranibizumab (Lucentis, Genentech) is non-inferior to PRP for treatment of PDR over two years.1

I received a consultation report from the retinologist saying the patient would receive monthly anti-VEGF injections and close follow-up of his PDR. My job was done. The patient was in good hands, so all is well that ends well-or so I thought.

Following up with adherence of treatment

Thirteen months later, this young man returned to my office with best-corrected vision of 20/150 on the right and hand motions on the left. He told me he had returned to the retinal specialist’s office the month after his first injection to learn that his $3,000 insurance deductible had not been met and that he would be required to pay for future treatments until the deductible limit had been reached.

He said he was upset about the cost and left the specialist’s office in anger without receiving any further treatment. I swallowed hard and examined his eyes to find fibrovascular proliferation in both eyes and a tractional retinal detachment in his left eye (Figure 2).

We talked again about the need for immediate retinal consultation and surgery. He asked to be referred to another provider out of embarrassment. I was able to get him in that day with a different retinal specialist, who informed me that fluorescein angiography showed marked foveal ischemia in each eye. Surgery was scheduled, but the prognosis for visual recovery was very poor.

The patient subsequently has been referred to a vision rehabilitation specialist, and I provided him with a talking blood glucose meter specifically designed for patients with visual impairment. I also called the original retinal specialist-someone whom I greatly respect and admire-to let him know the situation. He said, “You know how these young, type 1 patients are: in denial with a feeling of irrational invincibility. Don’t beat yourself up-this sort of outcome was inevitable.”

What could I have done differently?

I have thought long and hard about this case in the last year, partly because I was one of those young, type 1s myself in the mid 1980s.

I developed PDR and was fortunate to have a big brother who was an optometry student drag me into the office of J. Dennis Snyder III, MD, in Southern California for multiple rounds of panretinal photocoagulation (PRP). I had no medical insurance, and Dr. Snyder agreed to let me pay off his services in $50 monthly increments over the next four years, which I faithfully did.

I have also wondered what could have been done differently to prevent such a lousy outcome for my patient.

What if I had phoned the patient after his first anti-VEGF injection to emphasize the importance of ongoing treatment? I have since created a handout for patients with sight-threatening retinopathy stressing this point.

What if the retinal specialist and PCP had contacted the patient with the same message?

What if the patient had received PRP to deliver more extensive treatment (risk reduction) at the initial visit rather than anti-VEGF therapy that requires patient adherence to a series of injections over time?

Would any of these efforts have resulted in a better outcome?

I know patients are ultimately responsible for their own health and there is only so much we can do, but I wish I would have done a little more. 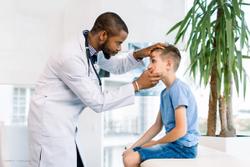