Innovega received a contract in 2012 from the Defense Advanced Research Projects Agency to develop the prototype for the battlefield, but the company is gearing iOptik toward mainstream applications for use outside of the military.

The iOptik system acts as a micro-display, using glasses that project a picture onto the contact lens, which works as a filter to separate the real-world image from the digital environment and then interlaces them into one image.

According to Innovega, the technology enables users to focus on objects right in front of their eyes and in the distance simultaneously, offering an alternative solution to traditional near-eye displays, which create the illusion of an object in the distance to avoid hindering regular vision.

Embedded in the contact lenses are micro-components that enable the user to focus on near-eye images. Light projected by the glasses passes through the center of the pupil and then works with the eye's regular optics to focus the display on the retina, while light from the real-life environment reaches the retina via an outer filter. This creates two separate images on the retina, which are then superimposed to create one integrated image, or augmented reality.

iOptik is not yet approved by the FDA. 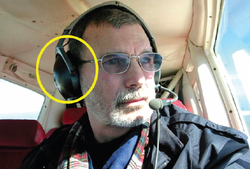 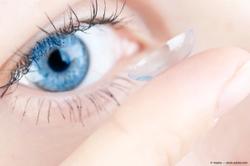