Pregnancy and postpartum ophthalmic changes can present a challenge 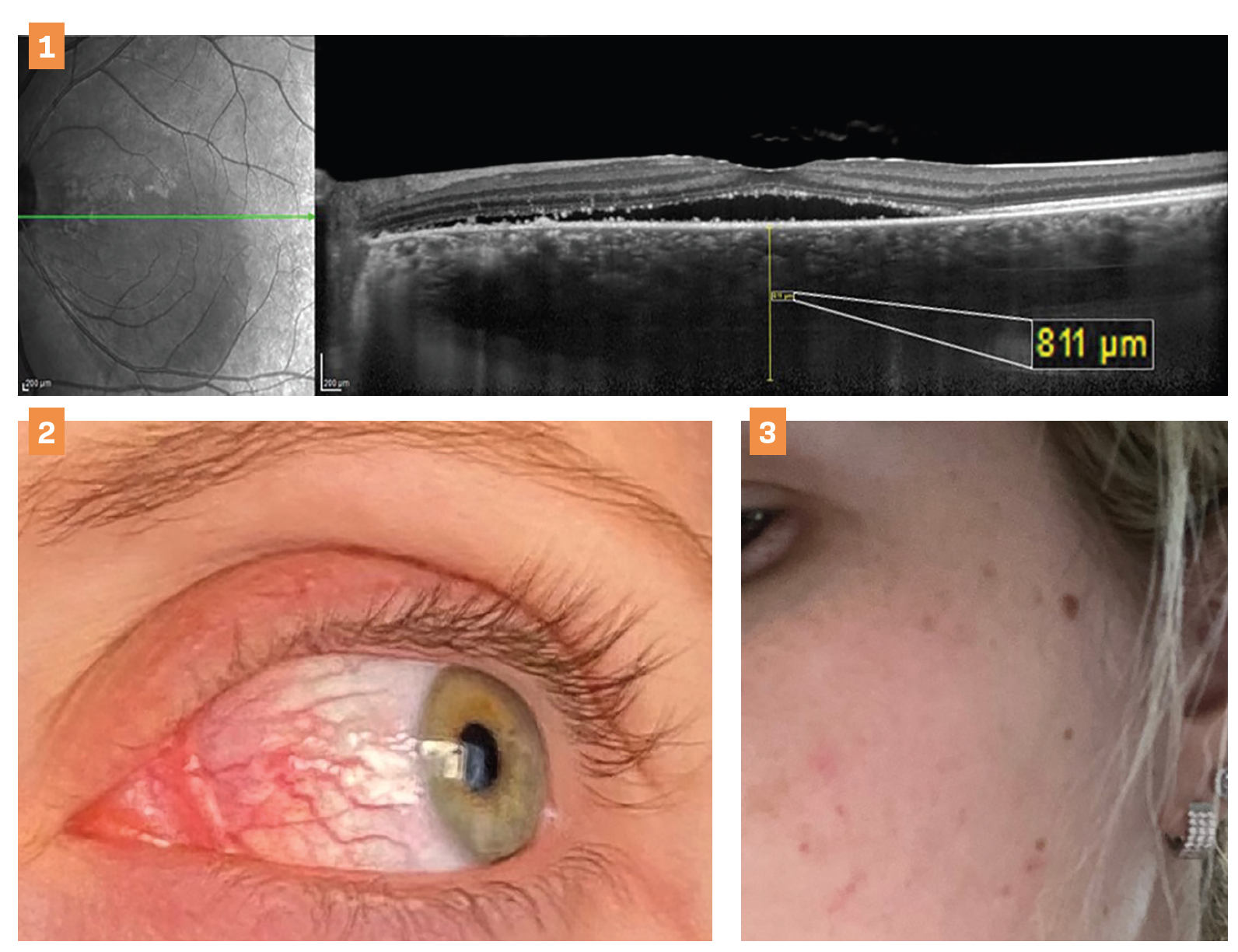 Figure 3. A 30-year-old woman presents 3 months' post partum with “mask of pregnancy.” This is prophylactic PRP performed on a patient with type 1 diabetes who was pregnant. Image courtesy of Royce Chen, MD. 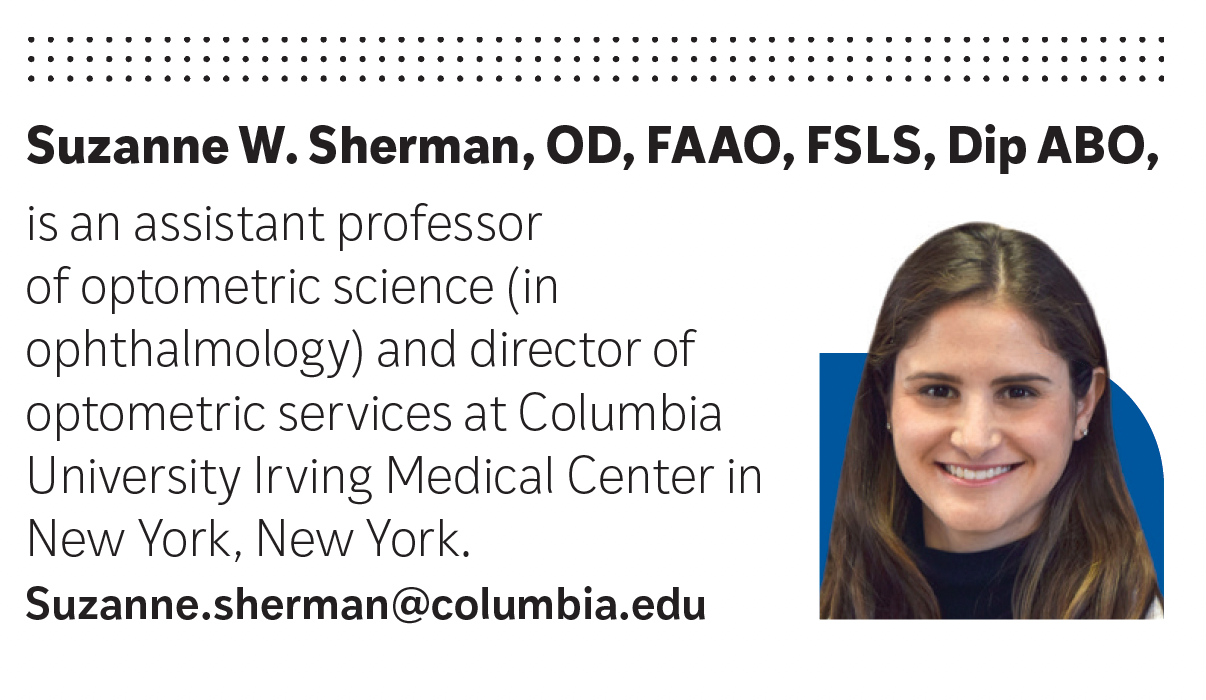 Ocular changes are common during pregnancy and the postpartum period. Fifteen percent of pregnancy-induced changes are a benign physiologic response as the body prepares for delivery.1 However, several serious pathologies require high index of suspicion for prompt diagnosis and immediate management.

Physiological hormonal changes during pregnancy involve the chief pregnancy hormones: estrogen and progesterone. The increase in estrogen enables the uterus and placenta to grow and improves the placenta’s perfusion. Progesterone levels are also elevated during pregnancy and cause laxity of ligaments and joints throughout the body.

Related: Effects of pregnancy on keratoconus

Melasma, also known as “mask of pregnancy,” is an acquired, chronic, pigmentary disorder.

It occurs on the face and predominantly affects women of childbearing age. The pattern tends to be emarginated, symmetric, and varies from light to dark brown facial pigmentation. Melasma is usually clinically diagnosed and thought to be caused by progesterone stimulating melanogenesis in epidermal and dermal melanocytes.

The rise in progesterone levels and the surge in estrogen production during the eighth to 13th week of pregnancy reflect the progression of hyperpigmentation. It can occur in 14.5% to 56% of pregnant women.2

Bell palsy, an acute peripheral facial nerve palsy of unknown etiology, can be seen in pregnant women. This typically develops in the third trimester and the fi rst 2 weeks postpartum. The pathophysiology is poorly understood. It presents identically in pregnant and nonpregnant women; however, it can be more severe in pregnant patients.

Most pregnant patients with Bell palsy regain normal or near-normal function of the facial nerve within 6 months. Pregnant women are 2 to 4 times more likely to develop Bell palsy than a nonpregnant individual.4 In a retrospective study of pregnant women, Bell palsy was correlated with severe preeclampsia, hypertension, and obesity.5

Related: Pregnancy has surprising ocular ties, some rare, some all too common

Subconjunctival hemorrhage (SCH), also known as hyposphagma, is suspected to be prevalent in up to 10% of pregnant and postpartum patients.6 Most of these cases are associated with severe range blood pressure and preeclampsia. It is thought that the low prevalence of SCH is due to the physiology of pregnancy, which lowers IOP and increases systemic vasodilation.6

There are several proposed mechanisms for pregnancy-associated dry eye. First is the role of estrogen and progesterone and their interplay, along with testosterone.

Testosterone has been shown to enhance the development of meibomian glands. Second, the combination of different hormonal factors causes direct damage to the lacrimal gland acinar cells. Third, a change in the lysozyme component causes increased viscosity in the tear film, resulting in dry eye.

Lastly, dehydration during pregnancy due to first trimester nausea can also affect the tear film.7 There likely are multiple factors in why patients often are contact lens intolerant during pregnancy.

The tear film is not the only cause of contact lens intolerance during pregnancy. Increase in corneal curvature and thickness due to corneal edema in pregnancy can also be a factor. Weinreb et al reported an increase of corneal thickness by 3%, increased corneal volume, and a decrease in keratometry values. Interestingly, shifts in refractive error were not found to be statistically signifi cant.8,9

These corneal changes are thought to be due to fluid retention, progesterone and estrogen receptors in the stroma, and an increase in collagenolytic activity.10 One case series following 4 patients with keratoconus found that 7 out of 8 eyes progressed in keratometry values during pregnancy.

Krukenberg spindles can develop during the first and second trimesters of pregnancy and tend to decrease in size during the third trimester and postpartum. Practitioners should be aware of these fi ndings and know that they are not typically accompanied by the other symptoms associated with pigment dispersion syndrome.

Research shows that IOP in pregnant women is lower than in nonpregnant women.12 It has been shown that there is an increase in outfl ow facility via increased uveoscleral outfl ow, decreased episcleral venous pressure and scleral rigidity, and acidosis during pregnancy. A decrease in IOP of around 10% (2-3mm Hg) is seen in the second half of pregnancy.8,12,13

Central corneal thickness (CCT) has been reported to increase during pregnancy, causing an alteration in IOP measurement. CCT was found to have increased by approximately 3% (16 μm). It was hypothesized that this increased corneal thickness was due to fluid retention.8 More recently it has been found that estrogen, progesterone, and androgen receptors are in the nuclei of the stromal and endothelial cells of the human cornea and are likely affected because of systemic water retention.14 IOP will likely return to normal approximately 2 to 3 months' postpartum.

Pregnancy is associated with several hormonal and immunological changes,some of which are known to influence maternal autoimmune disease. The first trimester and postpartum period have been associated with an exacerbation of inflammatory eye diseases.15 It is also thought that the postpartum period is associated with exacerbation of several autoimmune conditions.15,16 Patients with known autoimmune conditions are advised to try to plan preconception.16,17 Teratogenic immunosuppressive agents, such as methotrexate and cyclophosphamide, are contraindicated.

There is an increased risk of fetal loss and obstetric complications with worsening retinopathy, especially with the development of proliferative diabetic retinopathy (PDR).22 The patient’s baseline severity and duration of diabetes before conception are predictive for development of PDR during pregnancy.

According to the Diabetes in Early Pregnancy Study that involved 155 diabetic women, 18% developed DR if they had previously had diabetes for less than 15 years and 39% developed DR if they had diabetes for over 15 years.23 It has been found that long-term control of blood sugar improves the course of retinopathy whereas poor glycemic control before and during pregnancy will cause worsening.24 Treatment with photocoagulation for PDR before pregnancy is recommended and can be used to treat PDR during pregnancy. However, reversal of proliferative changes is common post partum.18

Pregnancy is a known risk factor for central serous chorioretinopathy (CSC), and symptoms typically arise in the third trimester with few case reports starting in the fi rst or second trimesters. CSC typically resolves spontaneously 1 to 2 months after delivery and rarely before delivery.24 The etiology of CSC is not fully known; however, the effect of cortisol has been featured as a major factor.

During the third trimester, there are elevated levels of cortisol. In CSC there is choroidal hyperpermeability, and in pregnancy-associated CSC this might arise due to an increase in volume, dilation of vessels, and changes in the levels of prostaglandins.25 A clinical variation is that subretinal fibrinous exudates develop in approximately 90% of pregnant ICSC patients and only in 20% of non-pregnancy-related cases.23

General management calls for stopping all use of steroids, and for observation. If there is no resolution of subretinal fluid, other treatment options are mineralocorticoid antagonists (spironolactone), photodynamic therapy, or thermal laser.24,25

Graves disease follows a similar course as an inflammatory eye disease. It is exacerbated during the fi rst trimester, remits during the second and third trimesters, and often relapses postpartum. In the postpartum period.

In females of childbearing age, initial onset of Graves disease is in the postpartum period 40% of the time. The main differential diagnosis in Graves disease during the first trimester is transient gestational hyperthyroidism, which occurs in 1% to 3% of pregnancies, and likely peripartum/postpartum thyroiditis. This is a higher rate than the occurrence of Graves disease.26

The pituitary gland enlarges 50% to 70% during pregnancy, but this does not result in visual loss. The most common types of pituitary tumors during pregnancy are nonmalignant prolactinomas (PRL). These are also the most common among females of childbearing age. Most present before pregnancy because of other signs such as menstrual irregularities or infertility. An enlarged PRL can lead to neurological sequalae, including compression of the optic chiasm. Visual field loss in pregnancy can occur due to a pituitary lesion.29

The signs of preeclampsia in a pregnant female may be blurry vision and photopsia. The visual disturbance worsens with increasing severity of preeclampsia.30

The precise mechanism of ocular changes due to preeclampsia is likely a combination of coexisting systemic vascular disease, change in hormones, endothelial damage, breakthrough in autoregulation, and hypoperfusion ischemia/hyperperfusion edema. Blindness has been reported in 15% of females with preeclampsia, and it may occur postpartum. It is thought that this is due to compromise in the retinal or occipital lobe vasculature. Fortunately, cortical blindness in preeclampsia is always transient, with reports of it lasting from 4 hours to 8 days.32

Management of new and preexisting disease during pregnancy is often challenging due to finding the balance between preserving the mother’s sight and the health of the fetus. Preconception planning and multidisciplinary care are advised along with open communication between the obstetrician and the patient’s eye care provider.