We read with interest, and some surprise, Dr. Stuart Richer’s article in Optometry Times entitled “The third carotenoid-mesozeaxanthin (Z-RS) and who needs to consume it.” In this article, Dr. Richer concludes that “simple proclamations...are misleading,” and we concur with his conclusion in this regard

We read with interest, and some surprise, Dr. Stuart Richer’s article in Optometry Times entitled “The third carotenoid-mesozeaxanthin (Z-RS) and who needs to consume it.” In this article, Dr. Richer concludes that “simple proclamations...are misleading,” and we concur with his conclusion in this regard.

Accordingly, we write to provide clarification on some “simple proclamations” made by Dr. Richer, and upon which he premises his unfounded concerns surrounding the emerging evidence base that formulations containing mesozeaxanthin (MZ) offer advantages over formulations lacking this centrally dominant carotenoid.

In his opening paragraph, Dr. Richer asserts that “the retina specifically selects two to comprise the macular pigment.” Dr. Richer cites Johnson et al in support of this contention.1

MZ in the blood

Dr. Richer claims that “there is no MZ in blood.” We note that this assertion is not supported by a citation, and this is because there have been no studies looking for MZ in blood of humans with varied diets because measuring this carotenoid is not routinely performed. Crucially, the standard method for measuring zeaxanthin (Z) in serum reports total Z, and therefore includes MZ (but in a form that remains unseparated from Z, and therefore unmeasured). In other words, even if a blood sample did contain MZ, the standard analytical method used to quantify L and Z would not detect it.

Interestingly, however, subjects who supplement with ultra lutein (a product which declares no MZ on its label) do exhibit MZ in blood, again suggesting that those supplementing with L (but not MZ) are in fact consuming small amounts of MZ (this has now been confirmed in published studies and clinical trials which used ultra lutein as part of the study/intervention).3,4 The importance of this finding rests on the fact that any concerns relating to consumption of MZ must, by definition, be extended to consumption of L.

Dr. Richer states that “the MZ found in eye health supplements is a chemical synthetic derivative,” which is simply untrue because MZ (like L and like Z) is derived from the marigold flower. Of note, in nature, L does not occur in its free form but does so as an ester of myristic, oleic, and palmitic fatty acids. Therefore, in preparation for use in food supplements, and in order to free the L molecule from the ester bond, marigold oleoresin is treated under heat and alkali as KOH and/or NaOH (in aqueous phase, or organic phase). This is a chemical reaction known as saponification, which is used by all L-producing companies (e.g. Kemin Health, DSM, IOSA, etc.), and is required to prepare free L.

Similarly (to L and Z), MZ is also the result of the treatment of marigold oleoresin with alkali (KOH or NaOH) for a given period of time and temperature (i.e., the marigold oleoresin is saponifed). Simultaneously, the double bond of the epsilon ring in the carotenoid molecule is displaced, and MZ is obtained via a process known as isomerization (of note, isomerization is the hypothesized process that occurs at the macula to produce MZ from L). Importantly, this is not a synthesis reaction, as suggested by Dr. Richer, as no catalysts are used during the process. Also, it is our view, that the process of isomerization, which results in MZ being produced from the marigold flower, is the reason why a lot of the L-containing products on the market (e.g. ultra lutein) also and inadvertently contain MZ. It is a misconception to say that MZ is a chemical synthetic derivative.

MZ in the human eye

Dr. Richer states that “there is a competition in absorption among L, Z, and MZ that is well recognized,” but, once again, Dr. Richer fails to provide a supporting citation. Indeed, we have shown in a forthcoming publication that serum Z and L response is unaffected by co-consumption of MZ amongst supplemented individuals.

Dr. Richer claims “MZ has been studied only in combination with L and Z-never alone,” but fails to point out that no authors have ever advocated the consumption of MZ alone. Indeed, best results appear to be achieved with a formulation in the following ratio: 10 mg L; 10 mg MZ; 2 mg Z-commercially known as MacuHealth LMZ3 in North America and Macushield in Europe. In fact, studies have shown that supplementation with all three macular carotenoids in this ratio offer advantages over preparations lacking MZ, both in terms of MP response and in terms of visual performance enhancement, in subjects with AMD and in normal subjects.11,12

Finally, we note that Dr. Richer is the International Scientific Director for the Zeaxanthin Trade Association (ZTA), which is “comprised of members of the Zeaxanthin industry supply chain such as manufacturers, formulators, distributors, and marketers, as well as secondary associates and other interested parties.” We note with interest that there have been no peer-reviewed publications on the impact (if any) of supplementation with a formulation that contains only Z, either in terms of MP or in terms of visual performance.

In conclusion, we concur with Dr. Richer that appropriate labeling of supplements is of paramount importance, both clinically and for the purposes of research. However, it is important that his opinion is informed by the totality of recent and emerging evidence.ODT 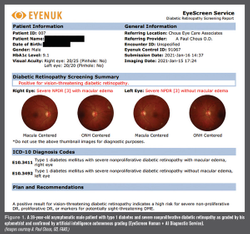 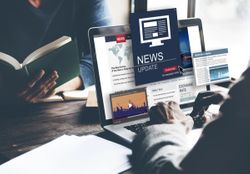 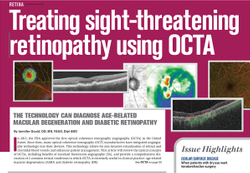