I was born in the Ukraine, at the time was the Soviet Union. We emigrated when I was age 4. We went to Austria, Israel, Belgium, Miami, and finally New York. Starting from age 13, I’m a New Yorker.

How did you get involved in youth symphonies and orchestras?

I grew up with classical music in the house. I tried to get my son into private schools because New York City has horrible public schools. He refused to participate in evaluations, so he didn’t get into a single school. Someone suggested I get him tested for autism. Being upset as a new parent, I said I can’t do anything about the autism, but maybe he’s musical. So, I started him studying the violin at age 3. He is now a violinist; he’s not autistic. As we did that, I started participating in his musical career. I’m on the board of the Interschool Orchestras of New York.

Why private practice and not academia or industry?

I needed to make money-I had a huge debt with no money, and I needed a job. So I interviewed at an optical a block away from my house. I knew from a young age I couldn’t work well for someone; I needed to be independent. In academia you almost always have a boss and you have to conform, which I don’t like to do. When I took the job, my only condition was that I would be an independent contractor. I saw my own patients, and I kept my own patients and my own fees. When the optical sold to a bigger corporation, the new owners came in and said, “We want you to practice this way.” That’s when I took off.

What was it like opening cold in uptown Manhattan?

I feel that I opened warm. I worked for 14 years at that optical, and when I left to open my own practice, those patients followed me. When I opened at the optical it was cold because I was seeing maybe one patient a day. I didn’t have the same financial risks because I wasn’t paying the rent. The only risk was I don’t see any patients, I don’t make any money. The very steep curve of learning how to run your own business I did at someone else’s expense. 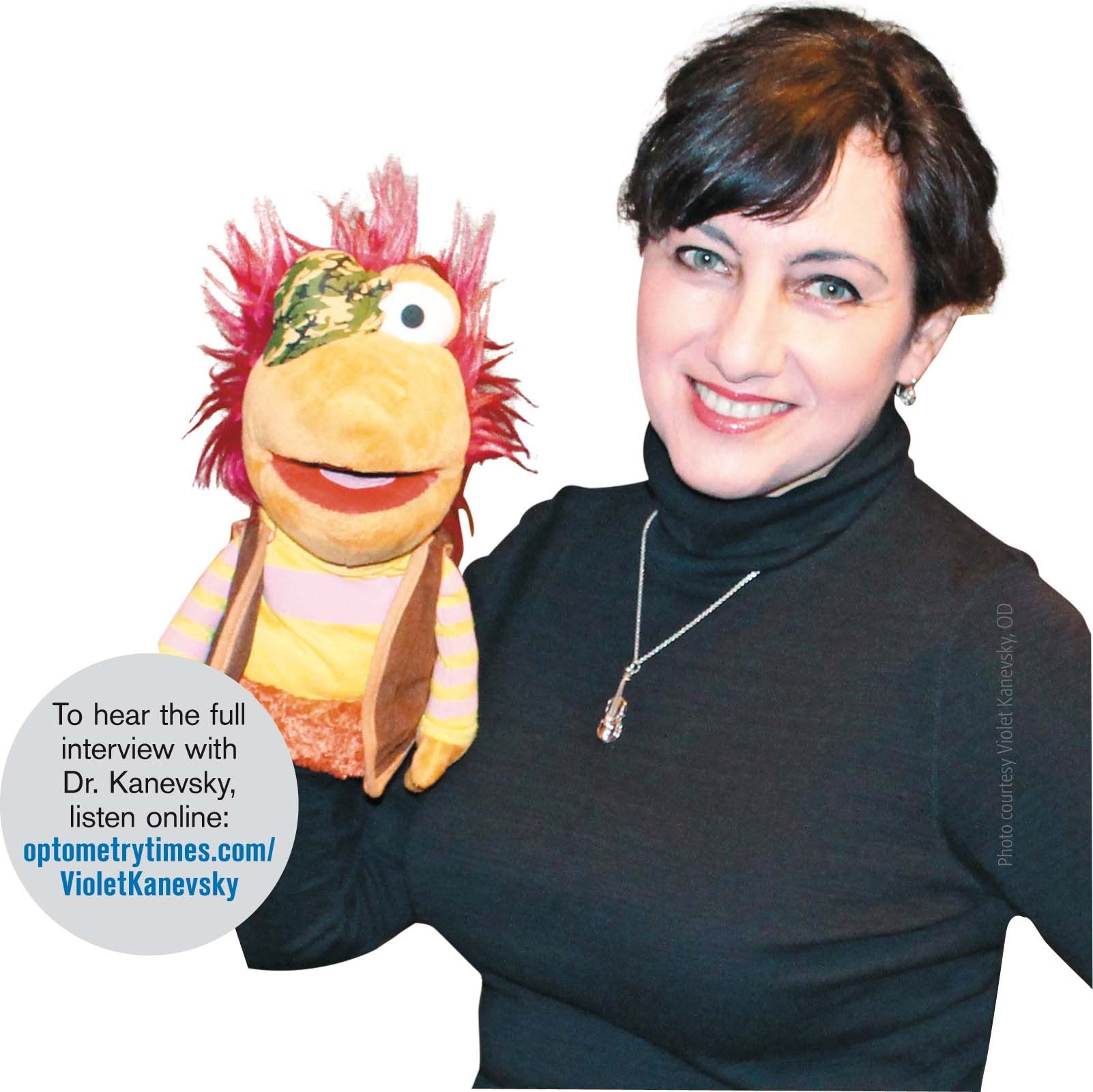 How does an uptown Manhattan practice compare with an office park practice?

I never felt disrespected like many people do in retail optometry. Patients never came in and said, “I need to speak to Viola.” They always called me “Doctor.” There was a very different feel the second I opened my doors on Central Park West. Patients come in with an entirely different level of respect which I didn’t even know existed. Now I really feel like a real doctor.

How hard was hiring an associate, and how did you make it happen?

I love having an associate; I thought it would be awful. [Laughs] Optometry can be very lonely; we’re all working in our little dark lanes. Having someone in your office to bounce ideas off makes you a more confident doctor, and it makes it more fun to come to work.

At SUNY, I petitioned for a pediatric internship because it didn’t exist; it was folded into vision therapy. I was the first extern in that rotation. I always knew that I loved pediatrics. I can play with puppets, I don’t have to go in the order of a traditional exam, I can do anything I want during that exam. It makes you think all the time; you have to be on your toes constantly because you never know when the next curve ball going to come at you from that kid. I love it to this day.

What three things does a young OD need when considering pediatrics?

A lot of patience-mostly for the parents, not for the kids, especially if you’re in a high-end practice. You need a talent, like the ability to throw voices. I put on puppet shows. You have to be able to disarm the kid first and get him to relax before he will do anything for you. You have to be able to play. Lastly, you really have to love your work.

It’s Facebook, they know everything about me! [Laughs] I do costume design. When my kids were little, I made them costumes for school things, and I made my daughters’ prom dress. I sew couture stuff, sometimes for myself.

Why did you get into leadership?

One of my classmates dragged me in, kicking and screaming. It’s important to our profession to keep it moving in a direction where we want it to be. A lot is changing, but people whine and scream about it’s horrible, it’s going to be ruined. My class was the first one that was about 50 percent female. A professor actually stood up and said, “You women are going to ruin the profession. This is going to be the end of our profession.” Things always change; it’s not all gloom and doom. We all survive, do well, and enjoy what we do; and there is a way to move forward.

I would love to see a uniform set of laws for all [healthcare] fields in this country. This state can prescribe this, that state can’t. It’s difficult to practice that way-people travel across state lines and it makes no sense. I would love for ODs to stop being so reliant on product sales. An optometry practice could make an appointment with someone online to try on glasses this way and guide a person. Yes, people like to shop online, I like to shop online, but I think people still want that personal service. If you make it convenient, most people are willing to pay for personal service.

I love all food. [Laughs] There’s no guilt involved. I do love chocolate but I feel no guilt about it.

I would have loved to have gone into practice right off the bat with a couple of classmates because I think it would have been fun and been easier. I highly recommend that young students coming out thinking about this find a couple of good friends and go for it together. It’s the most fun you will ever have.

A VOSH mission when I was a student. We went to Guatemala in the middle of civil war. We were going to this little coffee town somewhere on the coast in a broken-down old school bus. There’s a barricade in the middle of the road, and the bus has to stop. Guerillas carrying machine guns line us up in front of the bus. They check IDs, and we tell them why we are there and that we’re not political. They decide we really were there to help the people. They escorted us to the village and posted themselves as guards in front of the guest house where we were staying. One said to me and my roommate, “Here’s a knife. Put it under your pillow at night because the room keys don’t work.”  We’re like, “Oh my God!” [Laughs] It turned out all right.

Articles in this issue 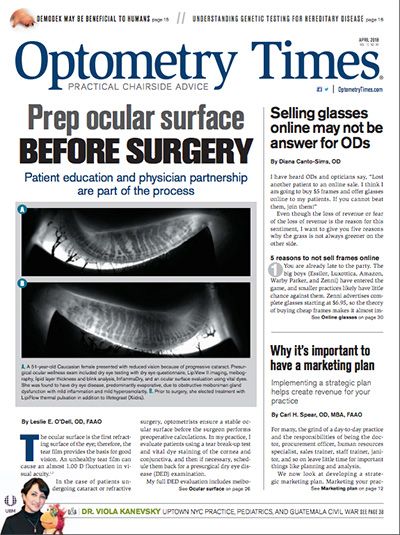 Selling glasses online may not be answer for ODs
Optometry must change with the times
Optic disc swelling early sign of cat-scratch neruoretinitis
Stop, say hello, and shake my hand
Why it’s important to have a marketing plan
Viola Kanevsky, OD: Owner of Acuity, NYC
5 features of successful comanagement
Related Videos
Related Content