Why doctors are rethinking AMD standards 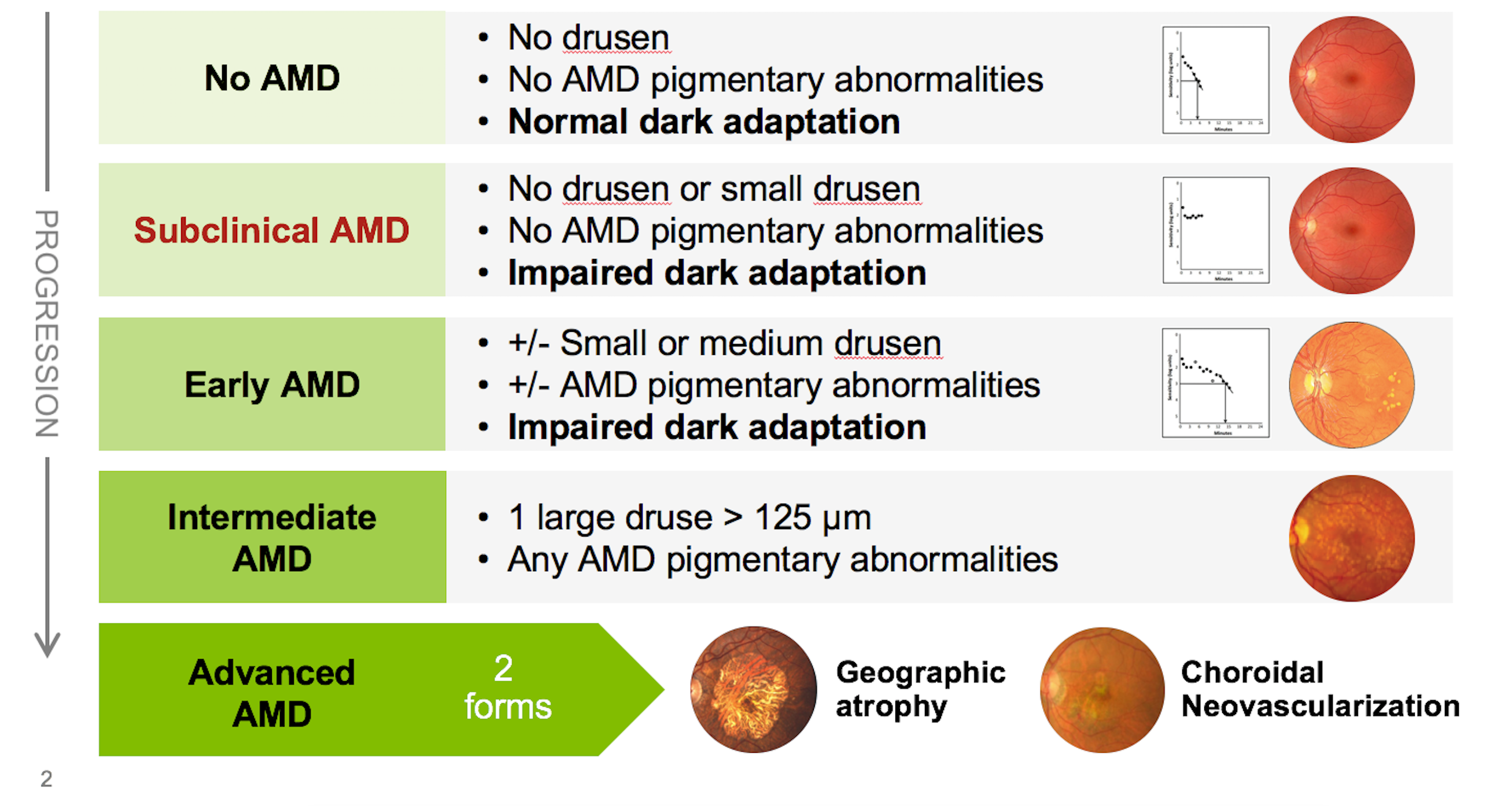 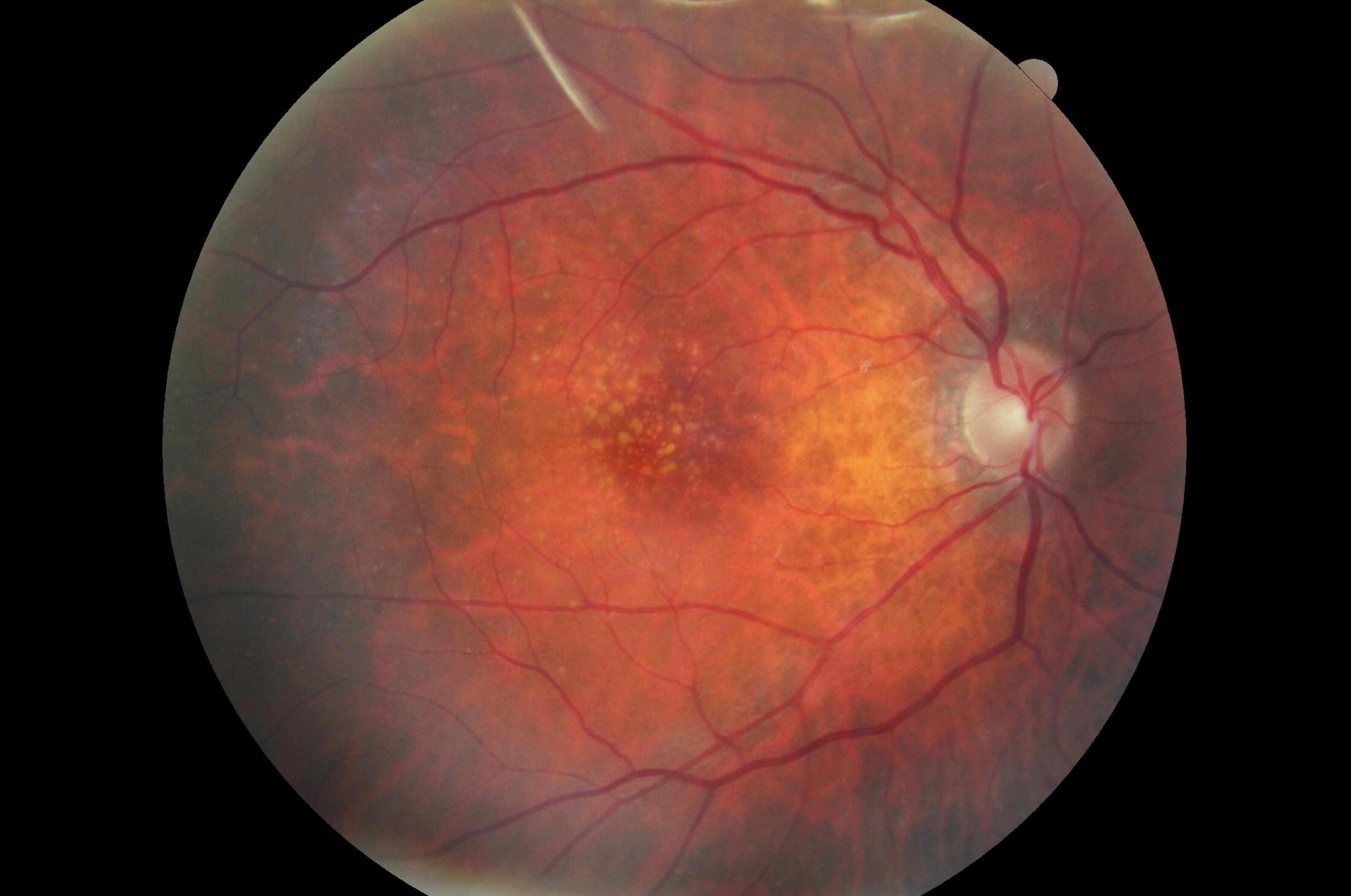 Figure 2. A 79-year-old white female with a family history of macular degeneration in her maternal grandmother presented for an exam. Dilated examination revealed many small mixed hard and soft drusen centrally OD and cluster of small hard drusen in the temporal macula OS. Because of this, dark adaptometry and OCT imaging was ordered. Photos courtesy Amanda Legge, OD 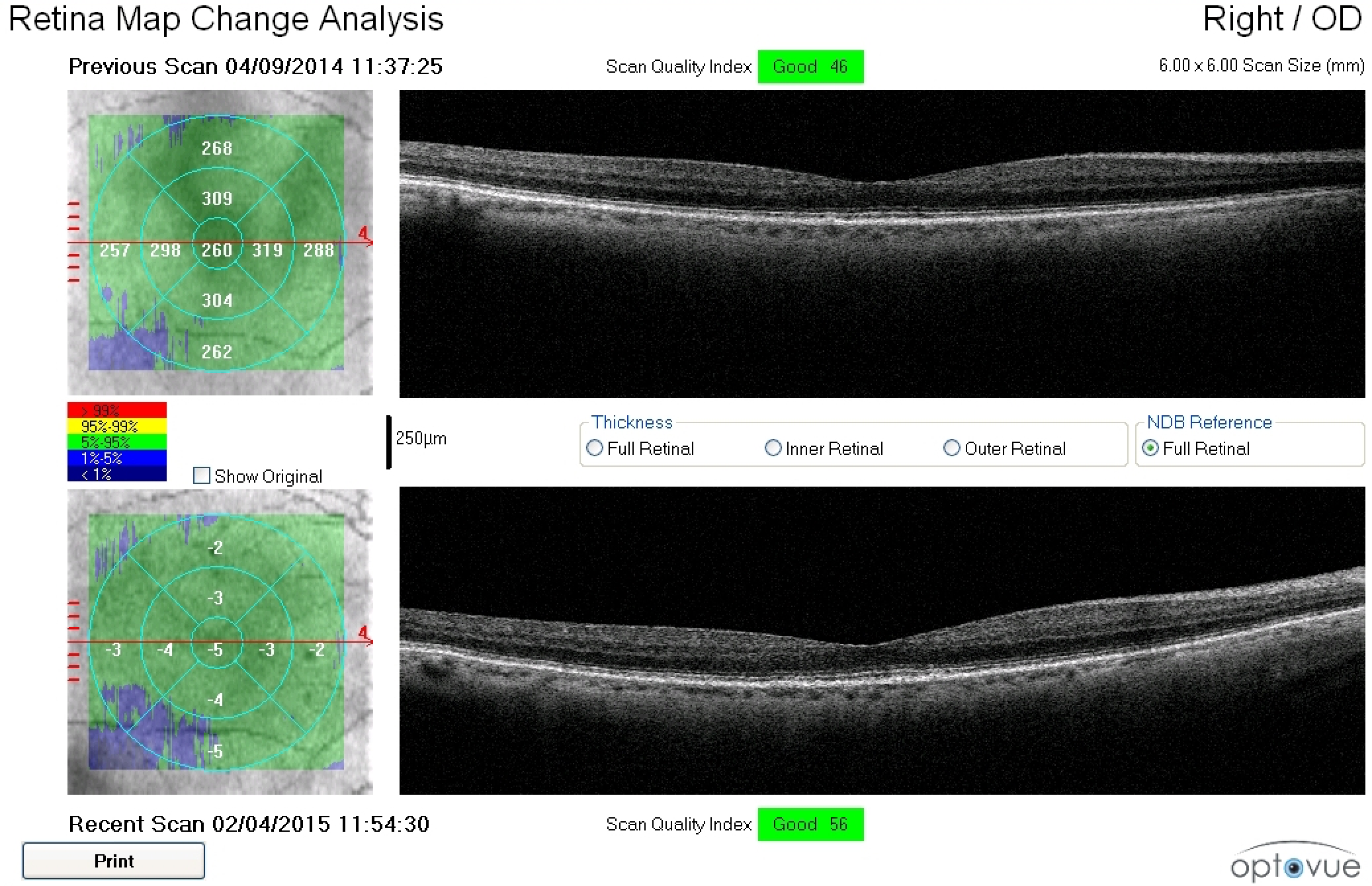 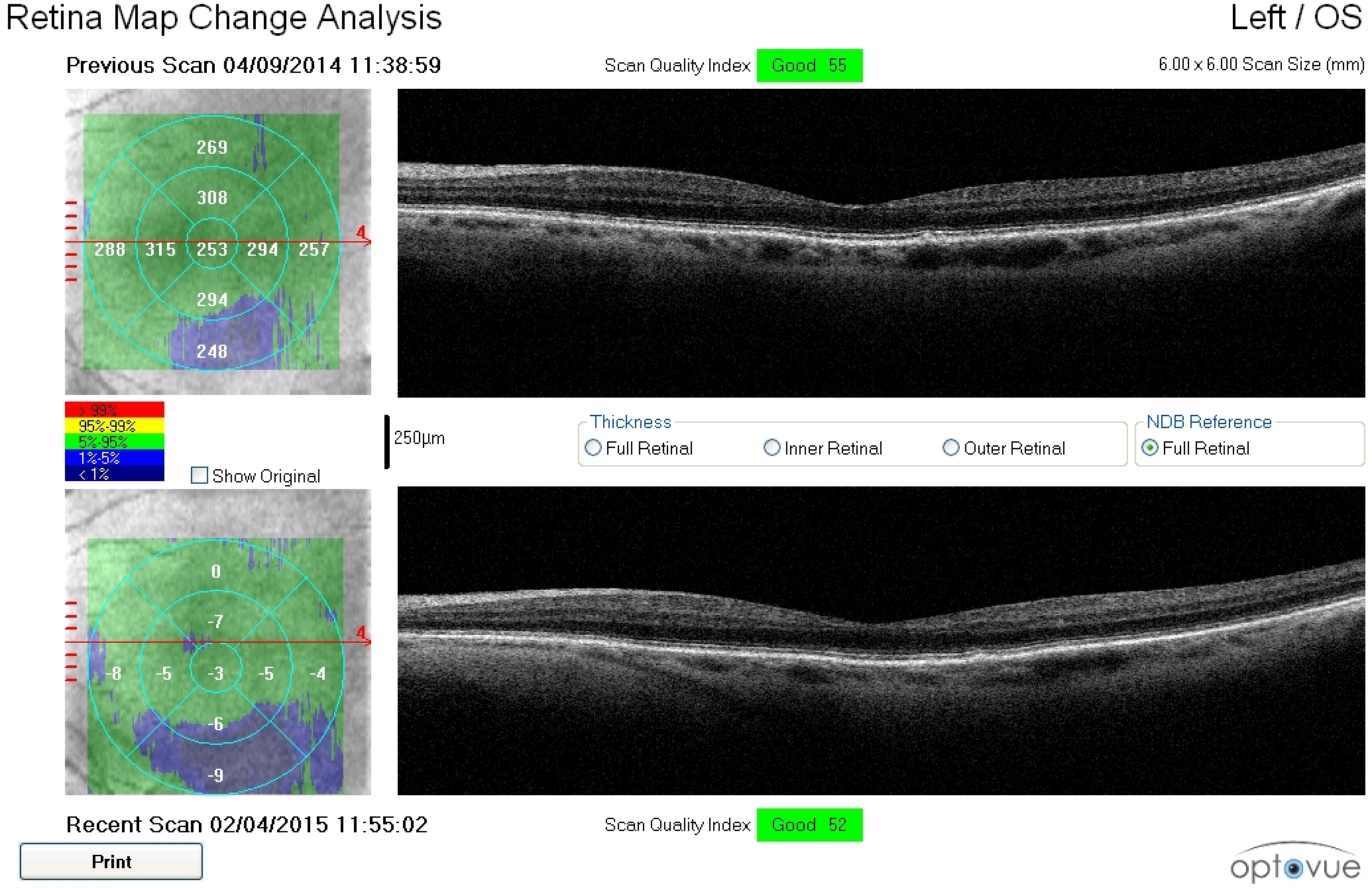 A group of educators and private practice clinicians developed practical, evidence-based guidelines that can be implemented in any eyecare practice to allow for better disease detection.

Beyond grading systems
When asked to explain the current standards in age-related macular degeneration (AMD) treatment and management, most primary-care optometrists will likely recite details of a grading system developed for epidemiological studies and clinical trials. These grading systems rely on careful inspection of three-field stereo-fundus photographs to grade the presence of drusen and/or pigmentary changes.

Wake-up call
There is no doubt that many AMD patients are overlooked. A study published in JAMA Ophthalmology showed just how often a diagnosis is missed.3

This cross-sectional study, which included 1,288 eyes (644 adults) from patients enrolled in the Alabama Study on Early Age-Related Macular Degeneration (ALSTAR),4,5 revealed that doctors are missing AMD about 25 percent of the time.

Also quite concerning is that 30 percent of the undiagnosed eyes in the study had large drusen, a known risk factor for wet AMD.3

The authors set out to determine to what extent AMD is underdiagnosed by optometrists and ophthalmologists when the disease is actually present. In the study, they reviewed the medical records of 644 adults 60 years or older who were enrolled in ALSTAR.

To be eligible, the patient’s medical record from the most recent comprehensive dilated examination did not indicate a diagnosis of AMD in either eye, and the medical record notes did not contain terms that signified the signs of AMD.

Each patient in the ALSTAR study had digital color fundus photos taken, which were reviewed by masked, trained graders who determined the presence or absence of AMD findings according to the Clinical Age-Related Maculopathy Staging (CARMS) system.6 The types of AMD-associated lesions also were noted.

Results revealed that one of four eyes studied was not diagnosed with AMD during the dilated fundus examination, despite these eyes having macular characteristics indicative of AMD in the fundus photos. Approximately three-fourths of the 320 undiagnosed eyes had 10 or more small drusen (249 [77.8 percent]) and/or intermediate drusen (250 [78.1 percent]), and 96 (30.0 percent) of the undiagnosed eyes had large drusen.3

Unfortunately, many doctors are passive when diagnosing and treating nonexudative AMD.1,7 Nonexudative AMD is often not diagnosed until the patient presents with drusen and visual acuity loss. By this criterion, the patient likely has had the disease for years. The patient has lost some of the potential benefits of treatment. In addition, the patient is at higher risk of central visual loss, especially in the first eye that progresses to choroidal neovascularization (CNV).8,9

There is no cure for AMD, so eyecare professionals must try harder to halt or slow the disease progression. Earlier detection allows for earlier treatment, which can potentially lead to better patient outcomes. With proper care, significant visual acuity loss may be prevented in many patients. In fact, authors of the JAMA study point out that improved AMD detection strategies may be needed because many of the patients with missed diagnoses would have been candidates for therapeutic intervention with nutritional supplements.3

Simplified staging
The Beckman Initiative for Macular Research published a classification system designed for use in a primary care setting.10 The practical guidelines presented here are a modification of the Beckman system (see Figure 1).

However, the Beckman system is based solely upon structural findings-whereas the practical guidelines are based upon the structural findings and augmented by functional findings. As with other diseases, such as glaucoma, diagnosing and staging AMD is most accurately and easily achieved when both structure and function are taken into consideration.

Another key difference between the new practical guidelines and the Beckman system is that the new system defines a disease stage called “subclinical AMD,” which is the stage at which abnormal dark adaptation is present in the absence of drusen and/or RPE pigmentary changes.

With disease progression, cholesterol continues to accumulate, resulting in focal areas that are sufficiently thickened to be identified as drusen. Thus, drusen caused by AMD are the tip of an iceberg of the earliest lesions caused by AMD. More dysfunction is present than would be concluded simply on the appearance of drusen.

The fact that a patient has visual symptoms of impaired dark adaptation before we can clinically detect AMD illustrates the imperative to be more proactive in early detection and intervention. These functional deficits are easily detected using dark adaptation testing. Indeed, impaired dark adaptation, which is often expressed by the patient as night vision difficulties, is often the first detectable consequence of AMD and can be used to identify patients with subclinical disease. 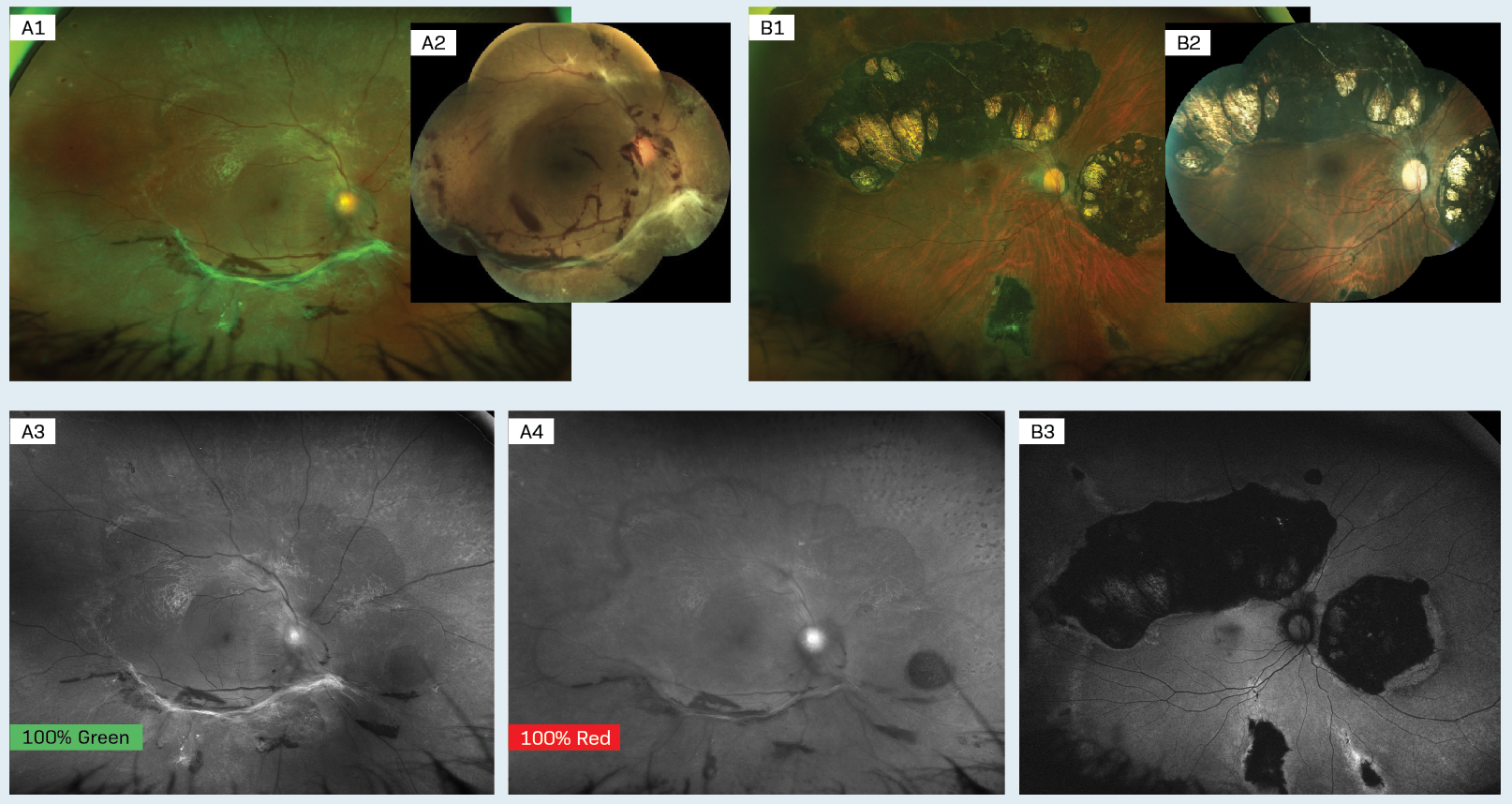 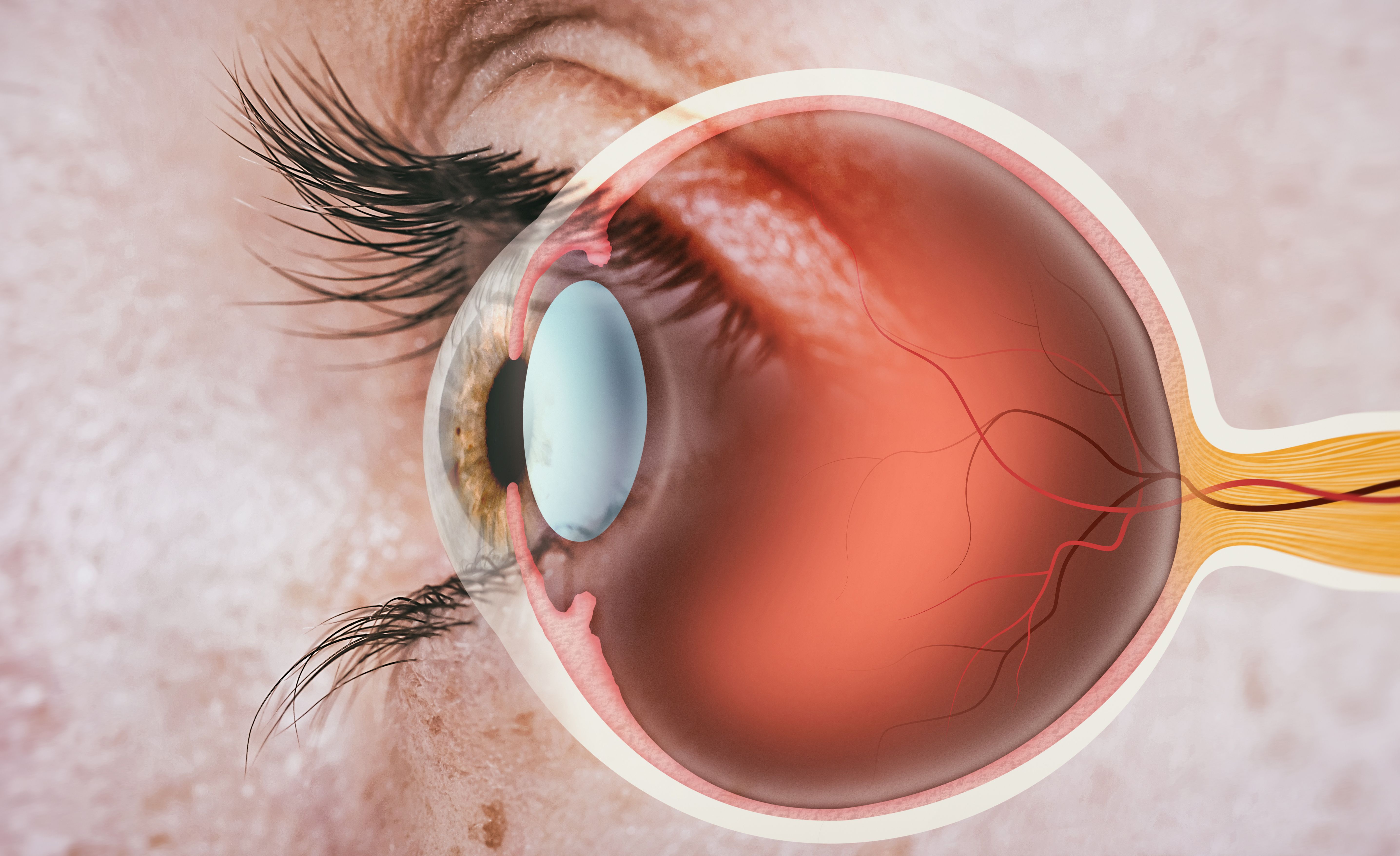 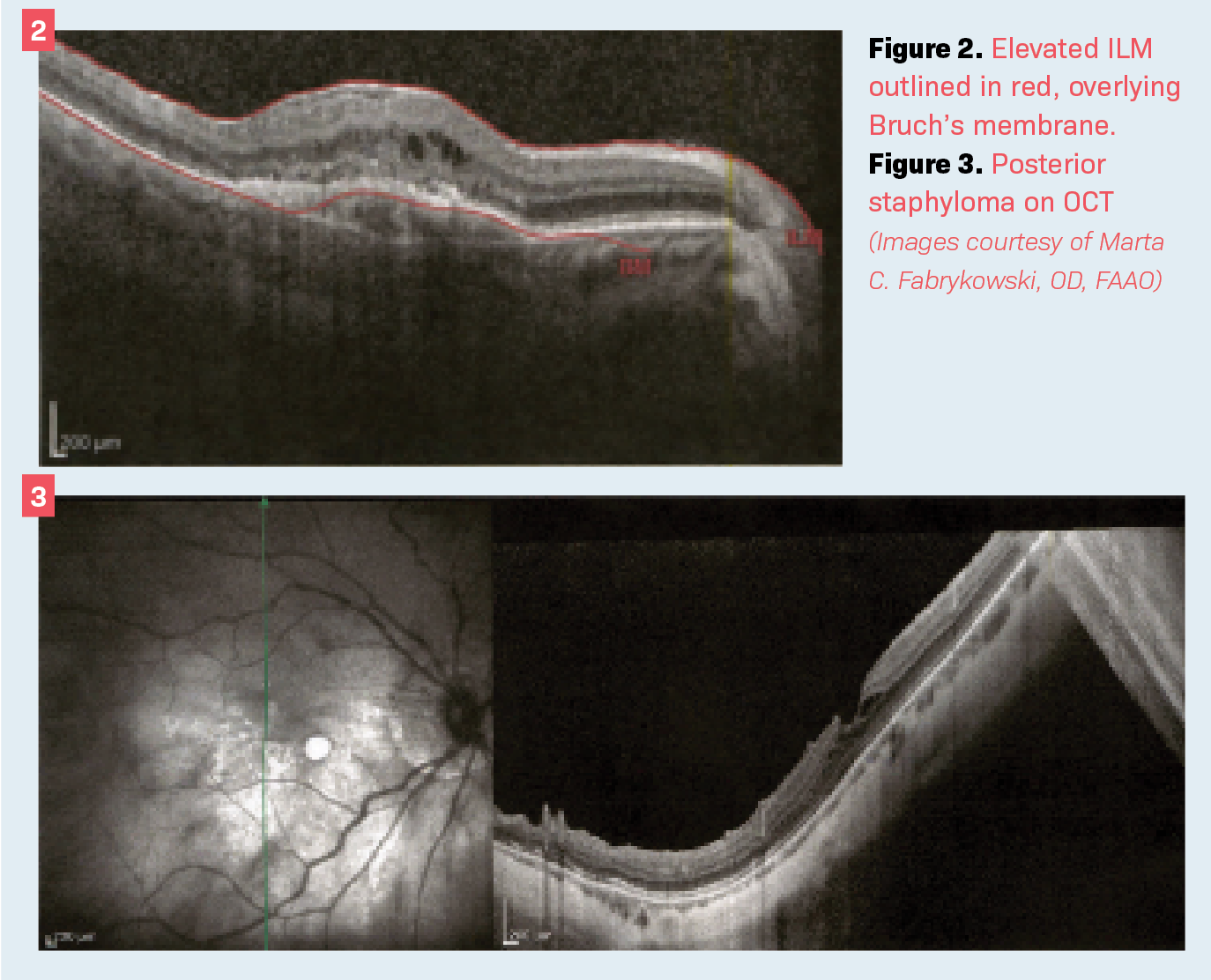 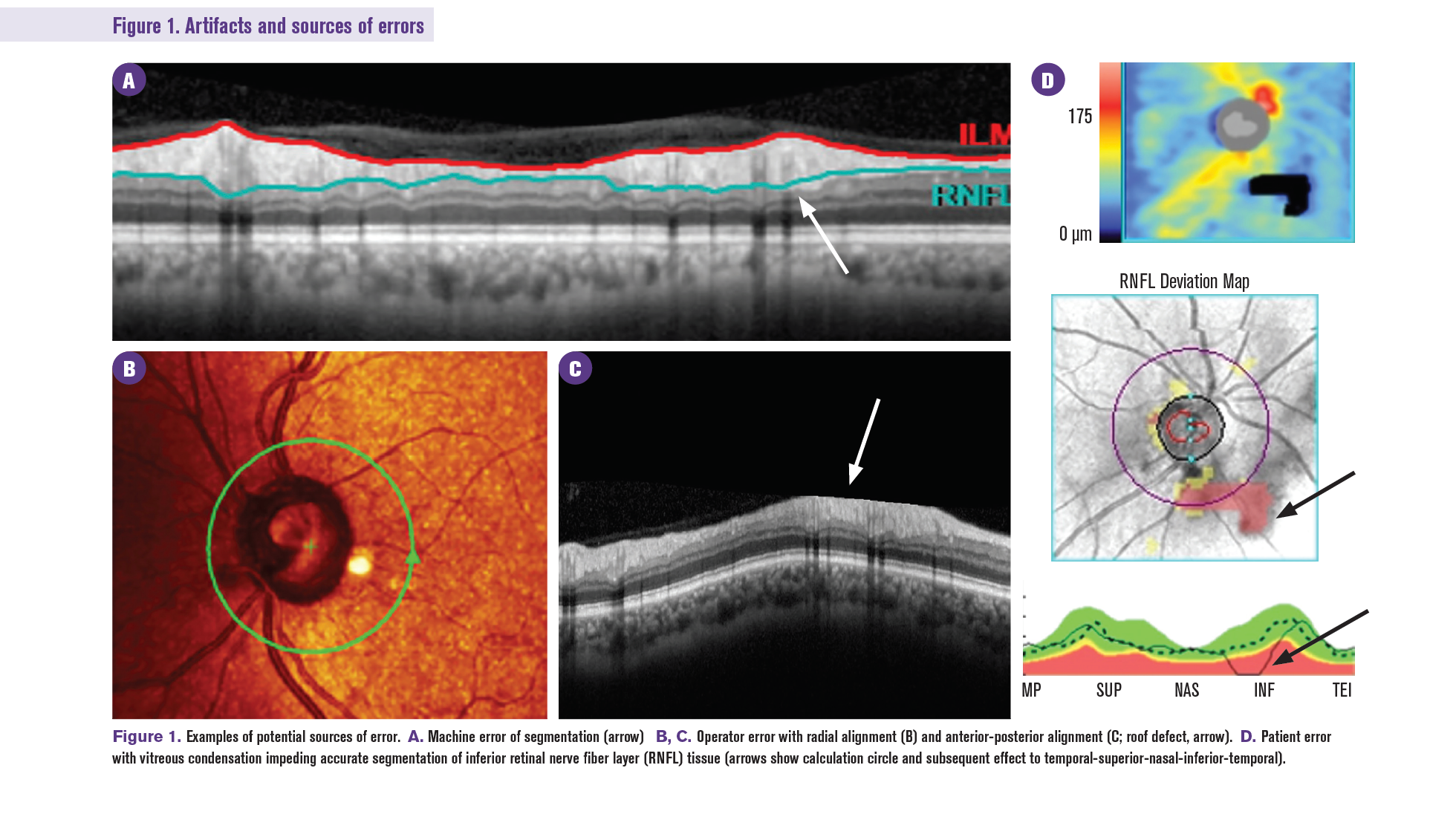 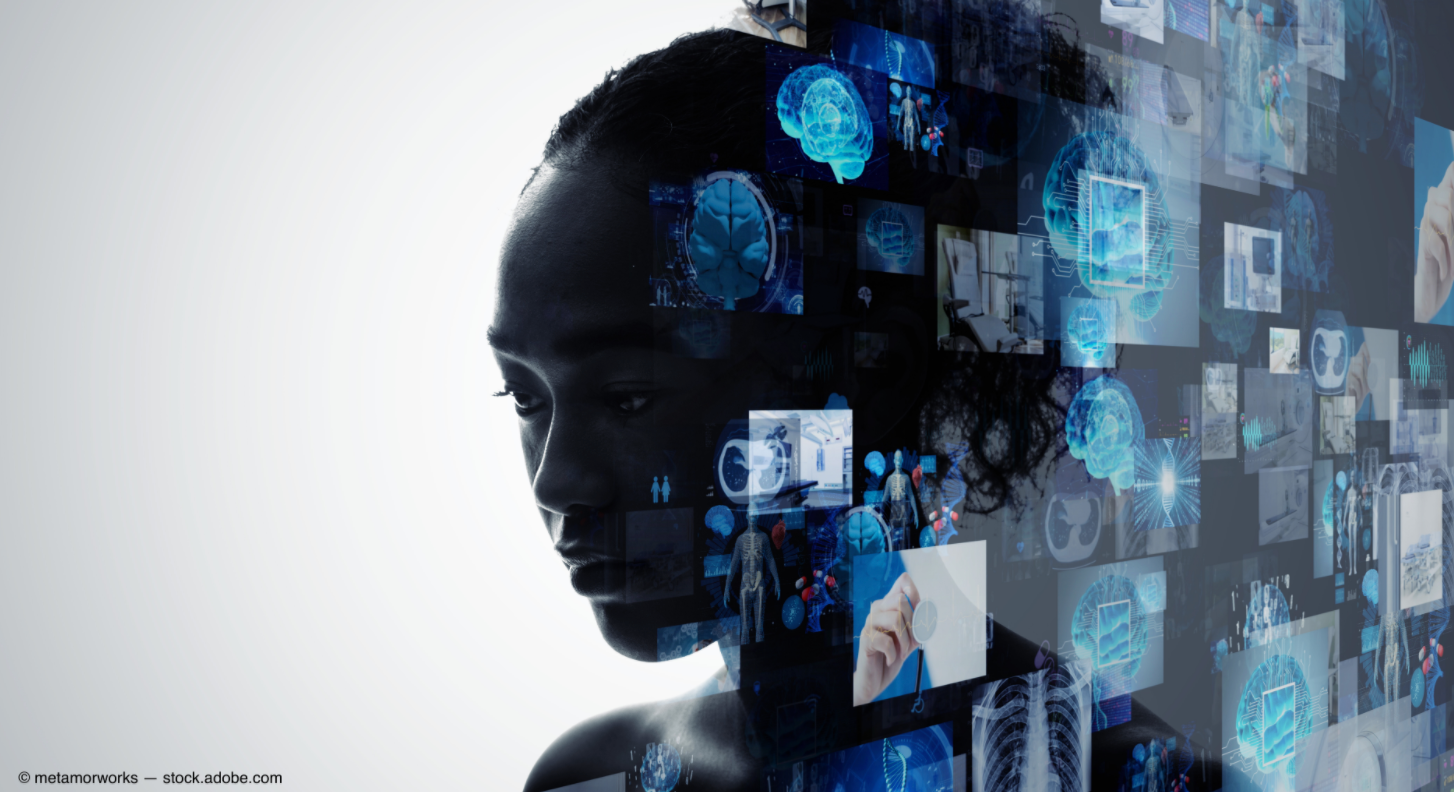