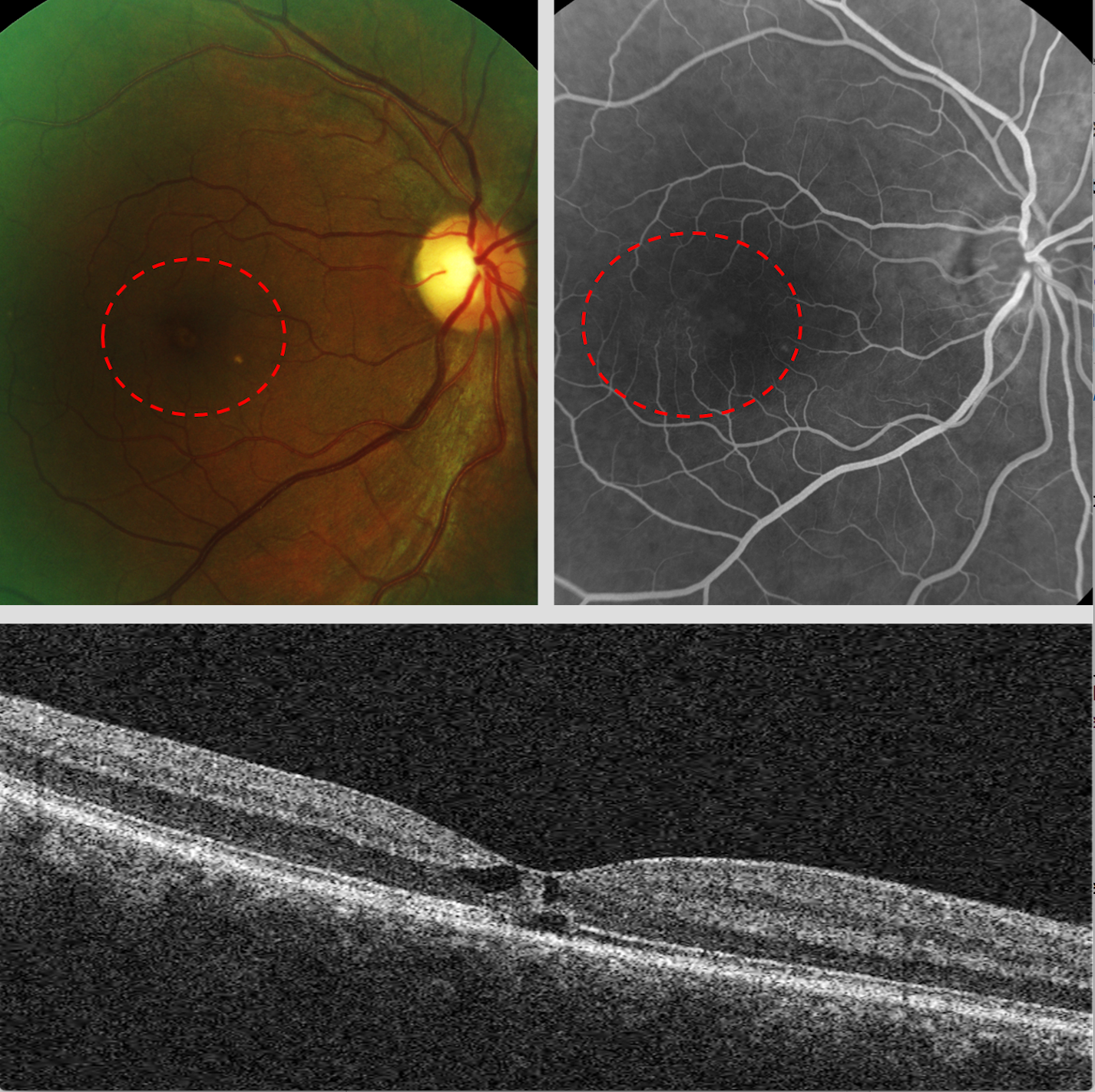 Editor's note: This case report is part of a series by members of Intrepid Eye Society.

A 67-year-old South Asian female presented with a complaint of worsening blurred vision in both eyes over the previous five years. She reported unremarkable cataract extraction of both eyes three years prior with an outside provider. While the patient admitted that her vision did improve after the cataract extraction, she was still not happy with her near vision.

Medical and ocular history
Her medical history was positive for type 2 diabetes and hypertension that were controlled with metformin and lisinopril (Prinivil, Merck), respectively. She reported her last fasting blood sugar as 134 mg/dL and HbA1c as 6.4 percent.

Upon examination, best corrected vision was 20/30 in each eye with an essentially plano refraction. Pupils were equal, round, reactive to light, and without an afferent pupillary defect. Subsequent motility testing was smooth and full in both eyes, along with normal confrontation visual fields in each eye.

Clear and centered posterior chamber intraocular lenses (IOLs) were noted in each eye with slit lamp biomicroscopy. Intraocular pressures (IOPs) were measured at 14 mm Hg for both eyes with Goldmann applanation tonometry. The remainder of the anterior segment evaluation was unremarkable.

Foveal pigmentary changes were appreciated in both eyes with a single druse seen extrafoveally in the right eye only (See Figure 1). Careful examination of the vessels temporal to the fovea uncovered tortuosity, but there was no evidence of edema or epiretinal membrane present.

Aside from the single druse in the right eye, the macular findings were symmetrical between the two eyes.

A baseline fluorescein angiogram was scheduled to rule out diabetic retinopathy or other forms of maculopathy.

Diagnosis
Though the patient was diabetic, the funduscopic and OCT findings were not consistent with diabetic macular edema. There was no hemorrhaging, exudation, retinal thickening, or extramacular findings in either eye.

The fluorescein angiogram confirmed these funduscopic and OCT findings and no treatment was deemed necessary.

The patient was apprised of all findings and educated on the pathogenesis and prognosis of MacTel type 2. She was offered a low vision referral to aid with her near vision blur, but she deferred the consultation.

A follow-up visit was scheduled for six months to re-evaluate the retinal findings.

Discussion
MacTel type 2 is a bilateral, symmetric, and progressive retinopathy characterized by neurodegeneration and vasculopathy always confined to the foveal and juxtafoveal space.1,2

MacTel type 2 is distinguished from MacTel type 1 in that the vascular findings of the latter are associated with edema and occasionally found outside the macula.1

Though the exact pathogenesis is still unknown, the loss of MÃ¼ller cells has been implicated, and a large scale study is currently in progress.1,3

Previous population studies based on photographic evaluation have reported prevalence of lower than 0.1 percent.2 Contrary to these studies, many experts believe that MacTel type 2 is more common but significantly underdiagnosed because earlier stages of MacTel type 2 are almost clinically undetectable. Later stages often resemble age-related macular degeneration or the atrophic stage of chronic macular edema.4

The earlier stages of MacTel type 2 are characterized by loss of retinal transparency, retinal telangiectasia, right-angle venules, intraretinal crystalline deposits, and foveal thinning.1 These findings are almost always more prominent on the temporal side of the fovea.

As the disease progresses, retinal pigment hypertrophy develops that can lead to subretinal neovascularization.

Significant variability in presentation and progression has been noted, though this variability is poorly understood. OCT imaging will reveal internal limiting membrane drape, cavitations, and outer retinal degeneration.

Though cavitations may be confused for fluid accumulation, MacTel type 2 changes are atrophic in nature unless there is noted neovascularization.

The nonproliferative form of MacTel type 2 has no accepted treatment at this time.

Future thoughts
A pilot study investigating the use of carotenoid supplementation has shown promising results in stabilizing vision and improving retinal architecture as imaged by OCT, but no large-scale studies have been initiated.5

The diagnosis of MacTel type 2 is often difficult with clinical evaluation alone, but the use of multimodal imaging significantly aids in differentiating this uncommon disease from other, more common entities such as diabetic retinopathy, cystoid macular edema, and age-related macular degeneration.