A Vancouver optometrist has accused online review website Yelp of extortion, according to The Globe and Mail.

Vancouver, Canada-A Vancouver optometrist has accused online review website Yelp of extortion, according to The Globe and Mail.

Alan Boyco, OD, says he was contacted by Yelp in 2013 to discuss advertising his practice, Image Optometry, which has 16 locations around greater Vancouver, on its site. Dr. Boyco agreed to a six-month trial for an enhanced profile at about $1,500 a month. But after a few months, he noticed that the ads weren’t driving any new traffic, so he decided to cancel after the trial was over.

How to handle a bad online review

And that’s when he noticed a big change on his practice’s Yelp page.

While he was advertising with Yelp, Dr. Boyco says all reviews-good and bad-appeared on his page. After he cancelled, however, he says many of the positive reviews suddenly started disappearing into a section at the bottom of the page labeled “other reviews that are not currently recommended” (which also features a variety of reviews from one to five stars).

After contacting Yelp with his concerns, Dr. Boyco was told by a senior account manager that the reviews are run through an automated recommendation software with a complex algorithm that weeds out those trying to game system. Dr. Boyco says he was told by a Yelp representative that a number of factors go into whether a review is recommended-including how many reviews the users has posted and whether the user is connected to the business or business owner on Facebook.

Dr. Boyco says it's not about the money, but says his experience made him feel like it was all a scam.

Yelp has denied that advertisers receive any special treatment.

Alan Glazier, OD, who regularly lectures on how to utilize sites like Yelp, says it’s important that business owners understand how the site works in order to best manage their online reputation.

“The hidden reviews have been a sore spot for a lot of people, but Yelp is also about as good at it as it can be,” says Dr. Glazier. “It hides reviews from people who haven’t done many reviews because some people sign up just to bash a business.”

HIPAA in the age of social media

Dr. Glazier says the site prefers to highlight reviews from users who review often and have friends on the site. If a user reviews more businesses, adds more friends on the site, and generally becomes a more active, trusted user, he is more likely to show up in the top reviews.

Of all the review sites available, Dr. Glazier says he thinks Yelp does the best job and doesn’t believe the company modifies the reviews based on advertising.

Optometry Times Editorial Advisory Board Member Justin Bazan, OD, agrees, saying that the site wants to show reviews from the most credible users.

"It would be quite obvious if there was any kind of special treatment going on," he says. "A business with only great reviews showing would look illegitimate. It makes no sense for Yelp to operate like that."

Next: Advice for handling a bad review

Advice for handling a bad review

“When you get a bad review, people tend to have very visceral reactions. They take it personally,” says Dr. Glazier. “They project what people said about their business onto themselves. It’s a hard pill to swallow.”

But when you get a bad review online, resist the urge to react right away.

Instead, give it some time and come back to it later when you have a level head. Now that you’ve calmed down, turn lemons into lemonade, says Dr. Glazier. Respond to the review, but take the high road and offer a resolution to the problem.

“They’re still probably not going to ever come back, but this isn’t for them-it’s for the other people who will read it and see how you responded,” he says. “If you don’t respond, they’re going to assume the reviewer was correct. The way you respond can turn a one-star review into a four-star review.”

And finally, after you receive a bad review, take a step back and look at yourself and your business. Use the feedback to improve the services you offer your patients. 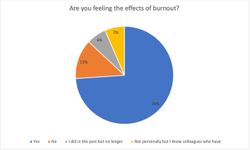 Applying for round 2 PPP loan