The FDA has given 501(k) marketing clearance for a new digital fundus camera that combines mydriatic and non-mydriatic functions in a single device.

Paramus, NJ-The FDA has given 501(k) marketing clearance for a new digital fundus camera (TRC-NW7SF Mark II, Topcon Medical Systems Inc.) that combines mydriatic (myd) and non-mydriatic (non-myd) functions in a single device that may open the doors for the general optometrist to monitor and treat some retinal diseases.

The new digital fundus camera was formally launched at this year's American Academy of Ophthalmology annual meeting in San Francisco.

"I can train someone who's never taken a picture before and have them [obtain] non-mydriatic color photos in 15 minutes," said Dowell, who is a certified retinal angiographer.

Fluorescein angiography images take a bit more training, he said, noting that because results can be immediately viewed on a monitor, a technician can try again if the image is unclear.

Because the camera has both myd and non-myd capabilities, it can swing laterally left to right and tilt up and down to sweep the visual field, unlike traditional myd cameras that don't move side to side, Dowell said.

"This camera will allow you to move the instrument to capture more peripheral images of the retina. That's very important in capturing diabetic retinopathy changes," he said.

The images can be linked to a Web browser system (EyeRoute, Topcon), which will allow them to be accessed via the Internet.

Flexibility to review images from home appeals to Mark H. Rubinstein, MD, director of the Michigan Eyecare Institute, Southfield, MI. About a week after getting the camera in his office, Dr. Rubinstein said he was impressed.

"It's easy to use, and the optics are phenomenal," he said.

Until 1 year ago, his practice had used a film fundus camera. Going digital has meant a "huge cost savings," and easier documentation, Dr. Rubinstein added.

The combined camera is priced to appeal to comprehensive eye-care practices that are reluctant to purchase separate devices, Dowell said. That should help put the camera in the hands of more general optometrists who can obtain non-myd images to diagnose diabetic retinopathy, for example, and then perform fluorescein angiography with the mydriatic side to find leakages. This information is particularly useful in helping identify when referral to a retinal specialist is warranted, he added.

"(A general optometrist) probably wouldn't go out and spend a huge amount of money for a high-end system. This camera, however, because it's easy to use by inexperienced folks, is much lower-cost than a full-blown retinal imaging system, and it's digital," Dowell said. "It's causing the comprehensive optometrist to say, 'this is a viable option.'" 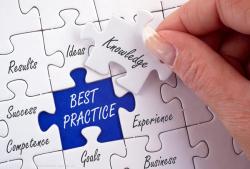 How to financially prepare for post-graduation