Optometry by the numbers in 2019 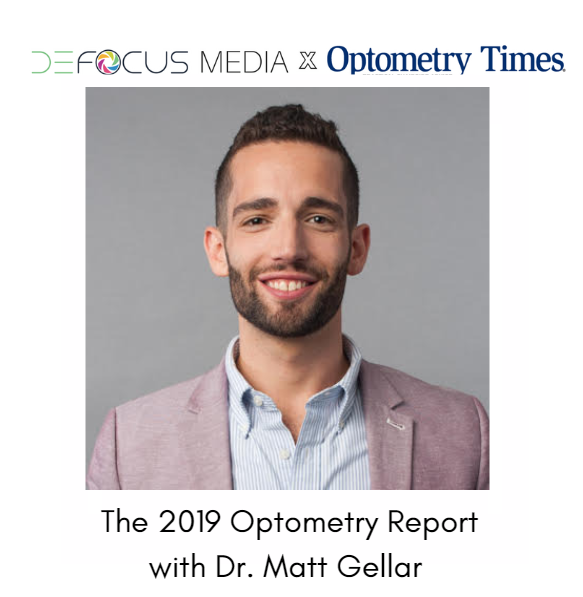 With 2020, the Year of Optometry, upon us, it is a perfect time to reflect on what optometry is like for students entering the profession and young optometrists who have graduated over the last 19 years.

Covalent Careers and New Grad Optometry are go-to sources for new graduate optometrists, and the sites have conducted research on everything from salaries across different modes of practice to desired workplace culture in the 2019 Optometrist Report.1

Survey info
The survey compiled responses of 1,214 optometrists and optometry students graduating between 2000 and 2022. Respondents were primarily female (73.5 percent), which is consistent with graduating class demographics from the last few years.

Practice mode driven by salary
What some listeners may find interesting is that in practicing optometrists 10 years or less out of school, practice ownership has a much different face than what is traditionally represented in the industry. The majority of practice owners in this survey, 56.7 percent, were young females. This is an exciting emerging trend in optometry that both Dr. Glover and Dr. Lyerly have seen in their colleagues where the face of ownership in optometry is noticeably skewing female.

The survey looked at what mode of practice optometry students report they plan to pursue versus where working ODs actually end up in their early careers.

Related: Why staff certification is worth the investment

Dr. Geller shares results from another survey that hw conducted of ODs in a corporate setting. He asked the likely reason they started to work in corporate optometry. Salary was the most common reason reported, but workplace flexibility and lower responsibilities were also cited as reasons why doctors pursued corporate jobs.

Choosing practice mode
He also conducted a survey asking ODs working in private practice why they pursued that career modality. The most commonly reported reasons were that they want more independence than corporate optometry provides or they heard negative things about corporate optometry and patient load expectations.

Dr. Gellar says that corporate entities are focused on addressing these concerns to become more competitive, and he has seen a movement in the industry for corporate jobs to provide more autonomy and independence for employed ODs.

Related: Artificial intelligence might be the future of practice management

The 2019 Optometry Report shows that corporate employers looking to make their workplaces more attractive to ODs may be making a difference in retaining their workforces. Despite the fact that the majority of graduating ODs say they want to go into private practice, only 36.8 percent of ODs who self-report that they plan to change jobs are planning a change to private practice.

“For those looking to change jobs, you reach that point in your career where there has to be that ‘next phase,’” says Dr. Geller.

But private practice is not always what’s next for those working in corporate optometry. Dr. Geller has seen increasing interest in corporate sublease options in the last few years. He has also seen pushback from doctors who work for private equity-owned groups to classify their workplaces as corporate due to the feeling of autonomy that exists within their individual offices.

Student debt
The survey also looked at student debt in detail. A shocking 29.2 percent of graduating ODs say they are “not confident” about managing their finances after graduation. Interestingly, students just entering school are currently more optimistic about how well they will be prepared for life after school, while that feeling drops 16 percent by their fourth year.

Why do students feel so concerned about their financial outlook leaving school?

“I want to blame optometry schools in this case,” Dr. Geller says.

The education optometrists receive in clinical care is excellent, but most students feel unprepared with the existing business courses in optometry schools’ curriculums. A closer focus on business and debt load management in third and fourth years could potentially help increase confidence in graduating ODs.

The average student loan debt reported in this survey for optometry students was $149,408. Dr. Glover says that it is common among the students he mentors to hear debt amounts of $200,000 to even $300,000 in student loans when undergraduate debt is taken into consideration. With these high numbers, no wonder higher paying corporate jobs are attracting more graduates than what students intend when polled about their preferred job options.

Survey results show that going into practice ownership is not a kiss of death to paying off student debt, however. Practice-owning ODs actually had the lowest current debt of surveyed optometrists at $59,105 compared to the average debt among practicing optometrists at $134,199.

Dr. Geller says that this number may be skewed in that practice-owning optometrists surveyed were further removed from graduation.

While the interest is remarkably high, the reality is that very few ODs actually work in industry. Of the ODs surveyed in this study, only 3.5 percent said they have a non-clinical career.

Dr. Geller says the eyecare industry is around a $150 million market, and with social media ODs are increasingly seeing their colleagues traveling to speak or consult. The increased awareness of these career options has drawn the interest of a new generation of optometrists wanting to get involved.

“One thing is for sure, we don’t want too many ODs to go non-clinical because we know there is a shortage of optometrists, especially in rural areas,” Dr. Geller says.

Employers, take note
One of the important applications of this survey data is for employers (whether corporate, private equity, or individual practice owners) to better understand how to attract the best candidate for their open jobs.

Survey results indicate that employer brand and company culture are extremely important to ODs when considering a job (61.4 percent), but most hiring ODs place very little value (or marketing spend) on this component. For an applying OD, salary is still ranked as their number-one reason for choosing a job, but flexibility, then specialty and setting are right behind it.

What should employers do to improve the culture of their offices and attract the best candidates?

On the flip side, potential employee ODs cite company culture as one of their most important reasons they chose a job. Focusing on improving culture is a great way to stand out against other employers.

For example, Covalent Careers runs surveys on staff members working at optometric practices where retention is sometimes a challenge. The survey asked, “Is it important for your workplace to have opportunities to socialize during the day?” Over 74 percent of staff said yes.

Dr. Geller encourages employers to make their workplaces conducive to staff culture instead of penalizing or discouraging employees from talking to each other and socializing during the day.

“I think education needs to be driven by the employer and by the job seeker,” Dr. Gellar says. “Ultimately, there needs to be transparency.”

A few years ago Dr. Geller looked into data on whether optometry was a healthy financial career keeping up with inflation compared to other job options.

He encourages private practice employers to think about starting salaries and re-evaluate what they are paying their employed ODs to improve the financial health of the profession. Covalent Careers offers a salary calculator tool that breaks down average salaries state by state and by years of practice to help know the average expected salary in a given area.

On a positive note, 79.3 percent of respondents said they would choose optometry if given the choice to do it again.

“This profession is so much fun,” Dr. Geller says. “There are such great people. You are able to deliver the gift of sight. There is so much that optometry offers.”