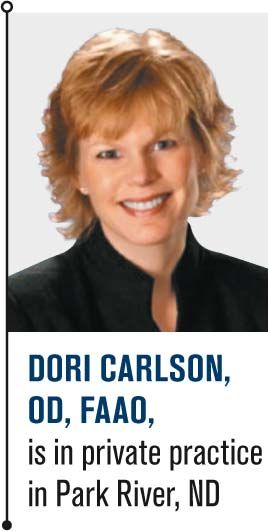 At the start of every new year, I think about my goals and resolutions for the upcoming year. I have done this for many years and have even included my children in this endeavor-despite their lack of enthusiasm.

I thought most people thought about goals in January until I ran across a website called Statistic Brain. According to this site, only 41 percent of the more than 1,500 people surveyed in January 2017 made a New Year’s resolution, most commonly related to weight, relationships, and finances.1 While these goals are admirable, only 8 to 9 percent of the people who make resolutions attain success at keeping them.2 This needs to change.

A story that should be true
I had always heard the process of writing down one’s goals made the odds of attaining them more likely to happen, but I never really knew where that idea came from until I read about a 1979 study in which researchers asked Harvard-or was it Yale?-students if they had specific written goals for the future. Some 3 percent had written goals. Thirteen percent had goals but had not written them down, and 84 percent had no specific goals.

Related: How staff can help differentiate your practice

Ten years later, researchers checked in with those same students. The 13 percent who had goals were making twice as much money as the 84 percent without goals. And the 3 percent who had written down their goals were earning 10 times the amount of the other 97 percent of the class combined.

That sounds like a great story, but in fact it’s been debunked as an urban myth. One business consultant has been quoted as saying, “If it’s not true, it should be.”3

SMART goals
When making goals, the key to success is using the SMART method: Specific, Measurable, Attainable, Realistic and Time specific. I can’t stress this enough. So many people have goals such as “I’m going to be a better person this year;” “I’m going to get in shape this year;” or “I’m going to exercise seven days a week.”

For example, rather than saying, “I’m going to get in shape this year” you would say, “I’m going lose weight.” To make this goal measurable, you would specify the exact amount your goal might be-but make sure it’s attainable. If you have a large amount of weight you want to lose, don’t make a goal of losing 50 pounds in the first month. It’s just not realistic.

Next, add a time frame and details on how to attain the goal. “I’m going to lose 12 pounds in the first quarter of the year by making smart eating choices and going to the gym four days a week.” This is a specific, measurable, attainable, realistic and time-specific (SMART) goal.

Remember to be kind to yourself. You will have temporary failures, but don’t make them the excuse to give up.

Identifying goals
Every January, my husband and I write down goals related to finances, the office, and personal growth, then place them somewhere to be discovered later in the year. I usually tuck the goals in with our tax receipts because sometime in the next year I’m going to open that folder and my goals will be there for me to assess.

Related: How to calculate the value of your practice

For instance, over the years we have had financial goals related to the office or paying off debt. My husband is an avid skier and loves cross country ski marathons, so he has written down times he would like to place for one of his races. On the other hand, I finally have given up on my goal of “Run a 10K race” because I was honest with myself and have admitted I really hate running.

Two years ago, we made a goal to move one of our offices into a larger space. One year ago, it became a reality. Of course, we make goals each and every year in the office for marketing and financial reasons. We have managed to increase our presence on Facebook as a result.

Defining success
Often when we think of attaining goals, we think of success. Success means different things to different people. It’s a difficult word to define, much less figure out if you have attained it or not.

I love reading business and self-improvement books. John C. Maxwell’s book How Successful People Think discusses how we are what we create and believe and to change the way you think can change your life. Moreover, Simon Sinek, a motivational speaker and marketing consultant, reminds us in his book Start With Why that if we know why we do something or believe in something, others will follow and be inspired-ultimately leading to success.

Goal achieved, now what?
What happens in that first month or two you after you attained the success of keeping your goal?

First, stop and celebrate! Then, debrief. What was good about it? Why did it work? What would you change going forward? How could you have made it even better? Debriefing about any initiative makes you sit back and evaluate.

Don’t forget to pay attention to the people around you. Share your goals and success with your family and close friends or anyone who can provide you the encouragement you need to continue.

Next, and most importantly, set a new goal or continue to improve upon the current goal and write it down.

As I mentioned before, my goals are written down and tucked away in a safe place to find later in the year. I had to peek at them while writing this piece because I forgot one of them; however, it turns out I’ve been working on it so subliminally I must have remembered. Did you write yours down? It’s not too late.