During the American Academy of Optometry’s Academy 2014, Hector C. Santiago, OD, PhD, dean of the college of optometry at the Inter-American University of Puerto Rico, said he believes cultural competence “will drive success in the new face of America.”

Denver-During the American Academy of Optometry’s Academy 2014, Hector C. Santiago, OD, PhD, dean of the college of optometry at the Inter-American University of Puerto Rico, said he believes cultural competence “will drive success in the new face of America.”

But what is cultural competence? It is defined as a set of knowledge, skills, and attitudes that allow one to enhance the understanding and respect of your patients of any ethnicity, race, religion, or socioeconomic status. Cultural competence also includes values, beliefs, and behaviors chosen to adapt one's care to one's with patients, says Dr. Santiago.

Subconsciously, he says, healthcare practitioners already adapt their tone, mannerisms, and behaviors to suit groups such as children and the elderly. With an ever-growing Hispanic population in the United States, practitioners may want to learn more about the culture and values of this population. To build trust in the Hispanic community in particular, Dr. Santiago offered the following suggestions:

• Show respect (respeto). “Address adults by their title and family name,” such as Mr. Rodriguez, rather than using first names as Americans typically do. Likewise, “Even if the patient brings an interpreter, always talk to the patient.” And if Hispanic patients don't make eye contact, don't be offended-that's their way of showing respect to an authority figure.

• Honor the person as an individual (personalismo). “Shake hands, get close.” In the latter area, Latin cultures favor a tighter concept of personal space-as little as 80 cm, said Dr. Santiago (he used the terms Hispanic and Latino virtually interchangeably). By the same token, “Show concern for your patient-it's okay to ask about them and their family members.”

• Involve the family (familismo). “Remember, the family is part of the support system.” As such, it's often okay-and even expected-for physicians to share information with family members and involve them in medical decision-making. And don't be surprised if a Hispanic patient arrives with an extended family entourage that may overwhelm the typical waiting room.

• Understand the psychological and spiritual elements of their complaints. Santeria, curanderismo, and traditional medicine figure largely in many Latin cultures, he explained. Please practitioners commonly treat folk illnesses not found in Western medicine, such as fallen fontanelle (caido de mollera), believed to result from weaning babies too quickly. In such areas, Dr. Santiago advised adopting an attitude of collaboration rather than confrontation.

• Take time to explain. “Don't ask the patient, ‘do you understand me?’ They always say yes, of course. If they say no, the implication is that you're not a good doctor.”

Recognize the Hispanic concept of time. Because Hispanic cultures value human interaction over sticking to tight, linear schedules, said Dr. Santiago, “Punctuality is not our strong suit.” If these patients can wait a few minutes to see you, you can be a little flexible for them.

• Consider learning basic conversational Spanish. “Patients love when their doctor makes an effort to speak in Spanish. It doesn't have to be fluent. But the fact that you make an effort will make a big difference in the way they see you as a doctor.” With around one-third of Hispanic patients lacking a primary care provider, he added, “This is your opportunity to become their family doctor.” 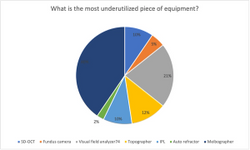 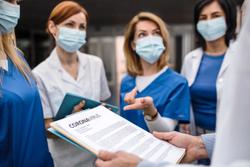