Reach past conventional therapies and give alternatives a try

As medical and surgical methods for glaucoma treatment continue to expand, non-traditional and holistic therapies are worth being familiar with as they affect patients from all walks of life. Not all therapeutic modalitoes are created equal, and it is important to inderstand the science and efficacy of each.

As stated in a previous editorial, I plan to delve a little deeper into what we know about the family of glaucomas besides the gross oversimplification of “lower intraocular pressure means less progression.”

While that equation has certainly been proven true by a host of landmark longitudinal studies, let’s turn our attention briefly toward a couple of concepts other than our conventional intraocular pressure (IOP)-lowering medications and procedures about which we hear.

Among a commonly overlooked slew of potentially IOP-lowering molecules to which our patients are exposed are those found in products which fall under the category of complementary and alternative medicine.

We have all seen the labels which explicitly point out that the Food & Drug Administration (FDA) has not evaluated claims made by the makers of many of these products, but that doesn’t mean we should look past this slew of products.

One reason such products deserve our attention is the fact that patients are widely exposed to them through advertising. Further, it is wrong to assume that complementary and alternative medicine is available only to affluent people who can afford to shop at boutique health food stores.

Patients from all socioeconomic backgrounds make use of such therapies. In my practice, the majority of users are patients who receive some level of government assistance from the state of Georgia. It is not uncommon for me to hear from a patient of a homeopathic remedy or alternative medicine being employed to combat a certain illness or condition.

While some of my patients come in taking something as simple as a tablespoon of apple cider vinegar, occasionally someone will present taking a variety of supplements.

Pile of supplements
Recently, a patient presented for an additional opinion regarding the state of her eyes and her vision. The 78-year-old Caucasian female was recently told that she had an “issue” with high IOP but that nothing needed to be done. She conducted independent research on eye health and supplementation and began taking several over-the-counter supplements daily (see Figure 1).

This is a veritable medicine cabinet for concern over high IOP. I told her we should complete the examination, see what we find, and then discuss supplements. Entering distance visual acuities through her habitual spectacles was 20/30 OD and 20/30-2 OS. Near corrected visual acuities tested OU were 20/20. Her medical history was remarkable for systemic hypertension, which was reportedly well-controlled with an angiotensin converting enzyme (ACE) inhibitor.

Confrontation visual field testing showed a frankly full visual field for each eye, and the patient’s tonic binocular posture was essentially orthophoric. Best corrected visual acuities were 20/25 for each eye with a low hyperopic correction.

More by Dr. Casella: Look at more than the optic nerve head in glaucoma patients

IOPs were 19 mm Hg OD and 23 mm Hg OS as measured by Goldmann applanation tonometry at 1:50 p.m. Anterior segment examination was unremarkable OU except for mild meibomian gland inspissation. Dilated fundus examination showed healthy optic nerve heads with moderate peripapillary atrophy consistent with myopia prior to cataract extraction. The patient exhibited scattered hard drusen in each macula. There was no corresponding atrophy, subretinal fluid, or pigmentary migration associated. The remainder of her retinal grounds were unremarkable, and her retinal and choroidal vasculature appeared to be functioning adequately. Posterior chamber intraocular lenses were also clear and well-centered in each eye.

I questioned the patient for symptoms indicative of dry eye, and she said that her eyes watered a bit from time to time. I explained to her the fact that her meibomian gland dysfunction may be to blame and recommended warm compresses with digital massage daily. She stated that her artificial tears worked well to alleviate her symptoms but agreed to commence with my recommendation.

Though the scattered drusen in each macula was a new discovery for the patient, she recalled another doctor recommending an Age-Related Eye Disease Study (AREDS) 2 (Bausch Health) supplement.

Based on her clinical appearance, I diagnosed her with mild-to-moderate non-exudative age-related macular degeneration (AMD) and explained that there was good evidence to suggest that taking an AREDS supplement would reduce the chances of her progressing to advanced AMD.1

As far as the other supplements were concerned, I told her that there was good deal of overlap and that I couldn’t tie any of them specifically to glaucoma-except for one: Mirtogenol (Horphag/Indena).

Impairment of ocular blood flow may have a role in the pathogenesis of glaucoma.4 I explained the relationship of Mirtogenol to IOP and ocular blood flow in light of glaucoma and told her it would be interesting to know what her IOPs were prior to starting this particular supplement.

At the time this article went to press, I did not yet have those values. I was unable to find a strong and direct link between glaucoma and any of her additional supplements.

I advised that I would be obtaining optic nerve head photos and inviting her back in a week or two in the morning time for baseline glaucoma testing, but that I was not yet convinced that she needed anything for her IOP. Baseline IOPs from previous medical records will be helpful, but it’s possible that she may be getting a little ahead of herself.

More by Dr. Casella: ODs must raise awareness about glaucoma 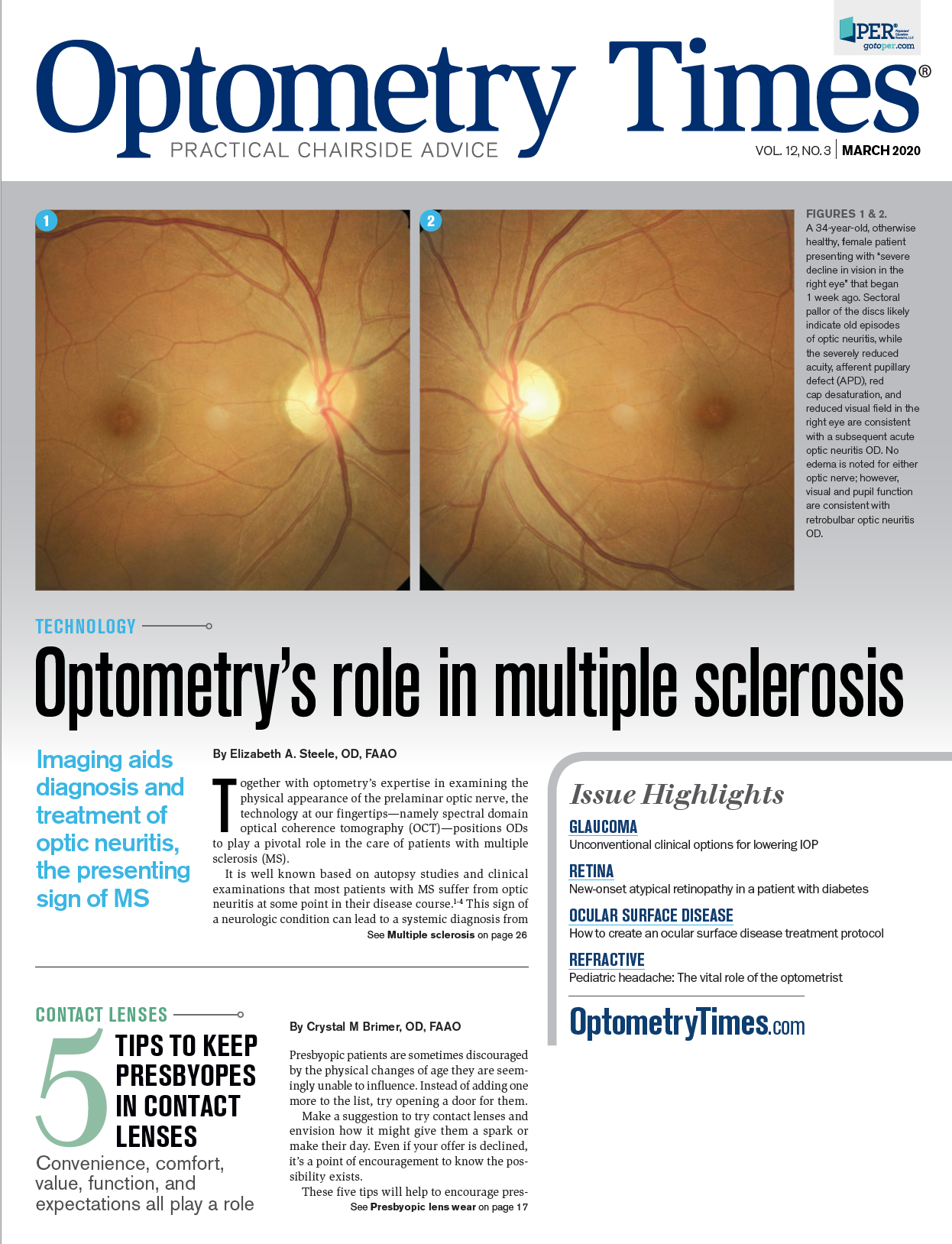