According to a report from GlobalData, the age-related macular degeneration treatment market in the U.S., UK, Germany, France, Spain, Italy, and Japan will double in value from $5.1 billion in 2013 to $10.1 billion in 2023.

London-According to a report from GlobalData, the age-related macular degeneration treatment market in the U.S., UK, Germany, France, Spain, Italy, and Japan will double in value from $5.1 billion in 2013 to $10.1 billion in 2023.

New therapies entering the market and an aging population are considered the driving factors behind the rapid expected growth.

“The global AMD treatment market is overwhelmingly dominated by anti-vascular endothelial growth factor (anti-VEGF) drugs, including Lucentis (ranibizumab, Genentech), Avastin (bevacizumab, Genentech), and Eylea (aflibercept, Regeneron), which together accounted for 98 percent of sales for AMD in 2013,” says Catherine Daly, PhD, GlobalData’s analyst covering neurology and ophthalmology. “However, the anti-VEGF monopoly is set to take a dramatic tumble due to the launch of novel adjunctive therapies for wet AMD, Fovista (Ophthotech) and squalamine (Ohr), and the introduction of two therapies for dry AMD, lampalizumab (Roche) and emixustat (Acucela/Otsuka Pharmaceutical), during the forecast period. These entrants will cause the anti-VEGFs’ stronghold on the market to drop to 64 percent by 2023.”

Using Avastin to treat AMD, DME could save Medicare billions

GlobalData reports that the U.S. had the largest AMD treatment market among the seven major countries in 2013 due to its large population, relatively higher drug prices, and overall higher drug treatment rates. The U.S. accounted for 49 percent of the global AMD therapeutics market in 2013 and will achieve a 55 percent share by 2023, with its market value forecast to more than double from $2.5 billion to $5.6 billion over the same period.

“The new therapies entering the market will be the main drivers of growth in the U.S., with the wet AMD drugs Fovista, squalamine, and abicipar pegol launching in 2017, 2018, and 2020, respectivelym,” says Dr. Daly. “Fovista is undergoing an extensive Phase III development program, and the data released to date have shown that this drug provides added benefit over the standard of care (anti-VEGF monotherapy). This indicates that the drug will enjoy good market success during the forecast period, with its U.S. sales reaching $603 million by 2023.” 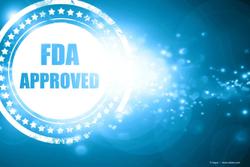 Central serous retinopathy is not a benign disease